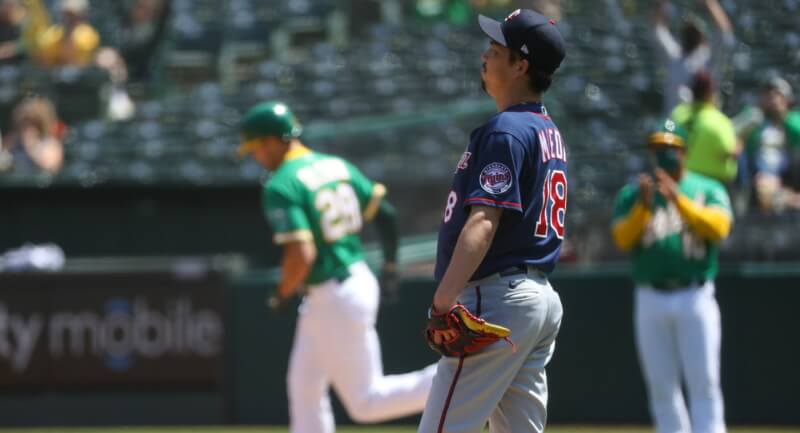 Welcome to Week 4 of the Starting Pitcher Barometer, my weekly take on starting pitcher rankings! Never mind that it’s technically Week 5! Who cares about that opening half-week? Not me, that’s for sure. Just roll with it. In fact, you should be glad I didn’t title this article “Ryan Weathers The Storm”. It took a lot of self-restraint, but I imagine about 30 sites will have a similar title this week. Moving right along! Keep both eyes open and grab your favorite bunny. It’s time for some news and notes on non-Top 100 pitchers.

Nathan Eovaldi, BOS (+14) – A preseason sleeper darling for some, Eovaldi has pulled through for his believers thus far. He has earned a 3.77 ERA with an 8.48 K/9 and an excellent 1.57 BB/9 through 28.2 IP (5 GS). With fewer cutters and more sliders this year, Eovaldi now has five pitches thrown over 10% of the time. All three of his breaking pitches (curve, slider, splitter) have a 30%+ whiff rate. He’s actually been unfortunate with a .329 BABIP and 62.9% strand rate, meaning his FIP is an elite 1.94. He should be started everywhere for his next matchup against the Rangers. 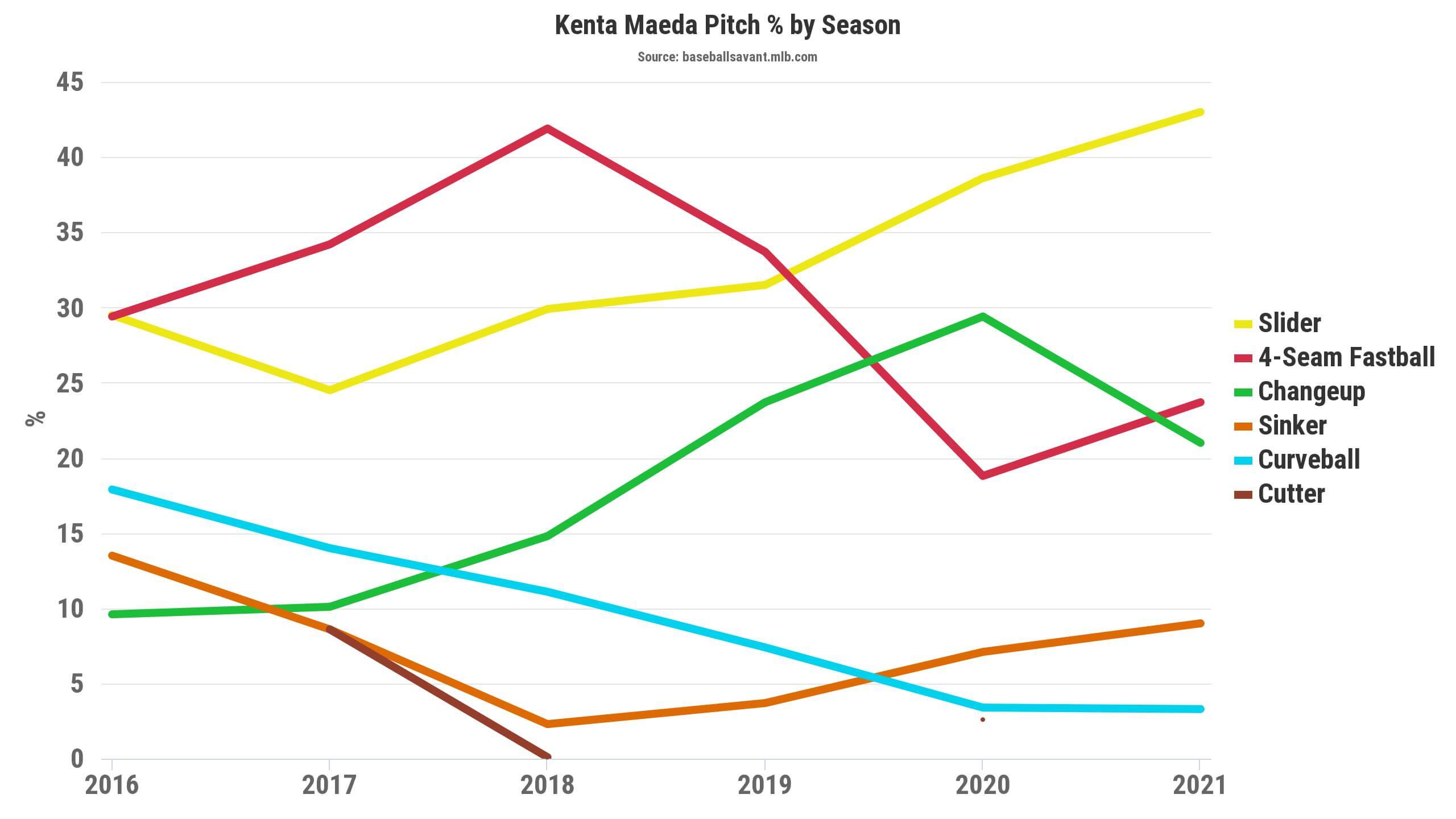 After a Cy Young worth 2020 season in which his slider earned a .304 wOBA, it has thus far been clobbered to the tune of a .504 wOBA. This isn’t surprising when you check out the slider’s heat map. 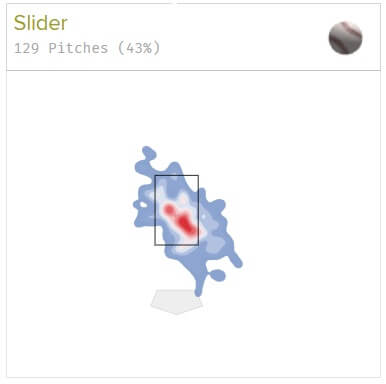 He has been tossing far too many center-cut sliders. They have been appropriately crushed, with a .735 SLG allowed on 129 thrown. Maeda has always had very strong control, so this strikes me as a problem he should be able to resolve as the season rolls along. His next matchup is a favorable divisional one against Cleveland.

Danny Duffy, KC (SP65) – The Duff Man returns, oh yeah! After his latest start – five shutout innings with eight K’s against the Tigers – Duffy debuts at 65 in my starting pitcher rankings. He has a 0.39 ERA now through 23 IP (4 GS) with a 10.57 K/9 and 2.35 BB/9. His velocity is back up to 93.6 MPH on average, which is where it sat in his heyday years ago. His fastball and changeup were both over 43% CSW in his last start. That’s not even to mention his slider, which has earned 37.5% whiffs and a .236 wOBA. Crack open a cold one with the Duff Man and stream your way to Inebriation Land.

Ryan Weathers, SD (SP69) – Dinelson Lamet returned to the Padres rotation for all of two innings before hitting the IL with a forearm injury. The Padres are hopeful he avoids another Tommy John surgery (as we all are), but he can’t seem to pitch without pain. While Lamet is out, in steps Ryan Weathers. Ryan is, of course, the son of Carl Weathers, who lost an arm to the Predator and a hand to an alligator. Some (or literally everyone) dispute that lineage, but I’m holding tight.

Weathers has only started two games, with three relief appearances. He has a sterling 0.59 ERA with a 9.39 K/9 and 2.93 BB/9 over those 15.1 IP. He was the seventh overall pick in 2018 (and is actually the son of former MLB reliever David Weathers), so he has the bloodlines and pedigree you want. What he doesn’t have (so far) is a third pitch.

He has been primarily fastball/slider, with just 10 changeups thrown. In relief, you don’t need a third pitch. However, if he’s going to be a successful starter, you really need that third offering. The results have certainly been great so far, but don’t get carried away. You’re not going to see a .097 BABIP or a literal 100% strand rate hold for too long.

If you like Nathan’s take on starting pitcher rankings, then you’ll also want to check out Eric Cross’s latest fantasy baseball waiver wire.