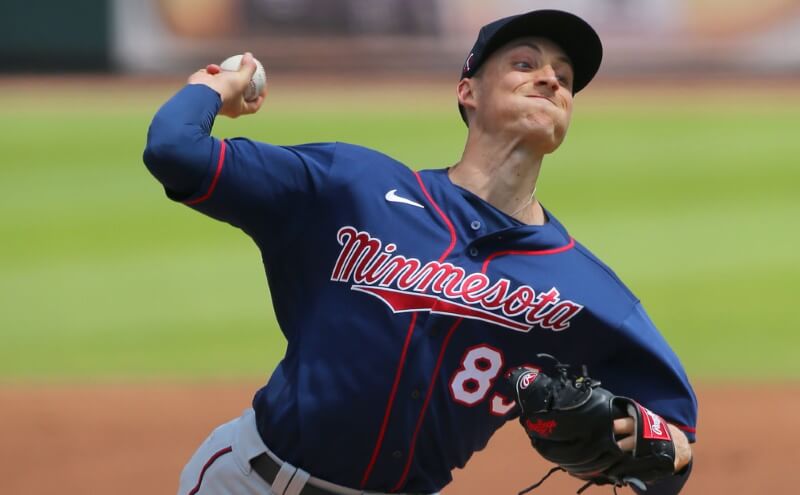 We have a great deal of turnover this week on the list. Not turnovers the delicious puff pastry, unfortunately. Rather, a host of injuries and horrid performances (I’m looking at you, Brubaker) have led to a whole batch of fresh flyers sneaking onto my starting pitcher rankings. It is that time of the year where some of these guys hitting the IL aren’t going to return. Let’s hope that’s not the case for most of these guys. 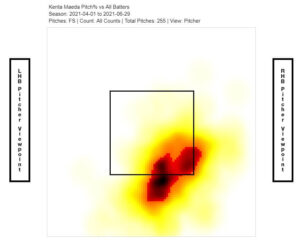 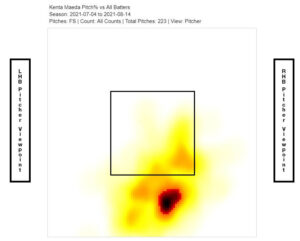 He’s been able to better locate the splitter below the zone, where it won’t get crushed. In addition to that, his slider has seen much better results. 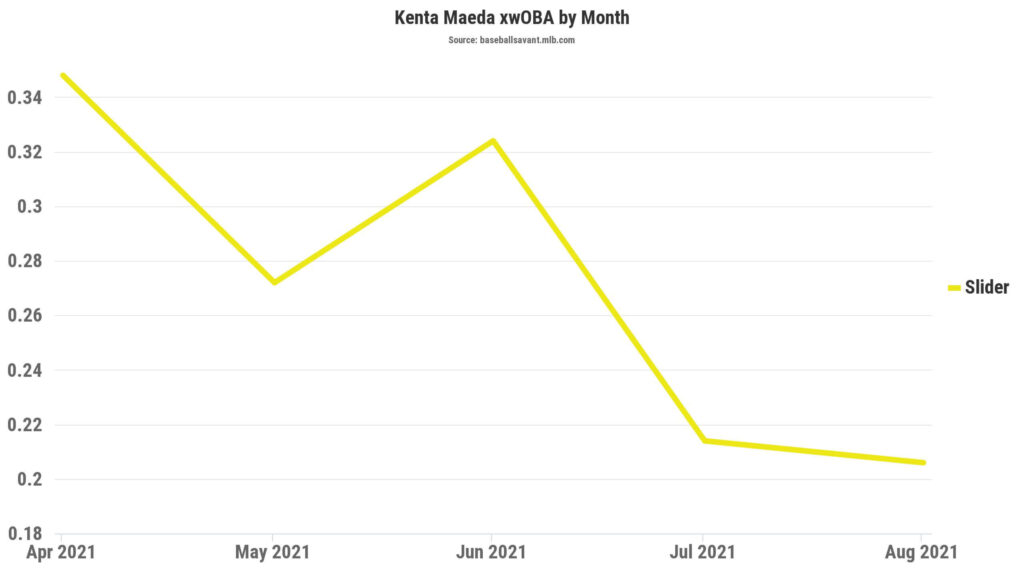 Maeda certainly seems to be back. Start him with confidence the rest of the way.

Triston McKenzie, CLE (+17) – McKenzie needed a bump following his dominant 8 IP, 1 H, 0 ER, 0 BB, 11 K performance against Detroit. It’s been an incredibly turbulent year for Sticks, who at times has severely lacked control and even been demoted. All three of his fastball/slider/curve earned a 33% CSW or better in this one, however, and the zero walks are encouraging. It’s a reminder of the high upside that made him a premier pitching prospect. He has just seven walks over his last seven starts, a promising sign that he’s putting his struggles behind him. He’s still too prone to blow-ups to approach the top-50 of my starting pitcher rankings, but he should be streamed in all formats.

Triston McKenzie was nearly perfect in his 8-inning, 11-strikeout gem for the @Indians. pic.twitter.com/Zo2WjCmlaK

Sean Manaea, OAK (-10) – As opposed to Kenta Maeda, Manaea has been awful since July hit. Coming into his last start, he had a 4.75 ERA over 36 innings since July 1st. He… did not turn things around. Rather, he was pounded by a lackluster Rangers lineup for seven runs in five innings. He’s struggled at times with his command over this stretch. He was, frankly, pitching over his head in the first half, so some correction was to be expected. He’s still a starter every time out for me as he works through these struggles. I’d still expect a Top-30 or so starter the rest of the way.

John Means, BAL (-14) – Things have not exactly been groovy since Means returned to the Orioles on July 20th. His velocity has dipped. Following the sticky substance crackdown, his spin rates have also fluctuated.

Over those five starts (27 IP) Means has a 5.67 ERA (6.00 FIP), 1.33 WHIP, 6.0 K/9, and 1.3 BB/9. He doesn’t have huge swing-and-miss stuff, relying more on his command for success. His floor is suddenly rather low due to the lack of strikeouts if he isn’t very fine with his command. He’s not a must-own in standard mixed leagues at this point, falling into the streaming zone.

Marco Gonzales, SEA (SP81) – Marco Gonzales is hardly a newcomer in the realm of baseball. He is new to the 2021 Top 100, though! Marco gets the nod thanks to a complete game effort his last time out against the Mariners. He allowed just two hits and one run with a single walk and nine K’s. That dropped his season ERA to a super boring 4.35 mark, and his FIP is still 5.19.

His ERA over his last six starts is a much nicer 2.13, however, with a palatable 4.13 FIP, 0.97 WHIP, 6.6 K/9, and 2.1 BB/9. He gets a Rangers lineup next time out which can be taken advantage of. If you’re looking for a streaming option to fill in for an injured starter, Gonzales is someone you can plug in and hope for a quality start from.

Jax’s best pitch is his slider, which has a 38.6% whiff rate and .284 wOBA (.233 xwOBA) thanks to a sexy-time 2,766 RPM spin rate. However, he lacks premium velocity (92.2 MPH fastball) and his changeup and curve aren’t good enough to make up for that. He could see more success with increased slider usage, but for the rest of 2021, he’s probably just a white-water streamer.

Tyler Gilbert, ARZ (SP100) – You know I had to write up the “other” Gilbert after he no-hit the Padres in his first career start. He had made a few relief appearances for the Diamondbacks before this start, but it’s safe to say he’ll get another shot after this one. The lefty averages just 89.5 MPH on his fastball and has no real semblance of a breaking pitch. Instead, he is almost exclusively fastball/cutter. That doesn’t lead to much of a strikeout floor. In fact, he had a well below-average 23% CSW in his no-no, relying on 20 balls in play to find gloves. I wouldn’t expect so much as a dependable streamer moving forward, but we can enjoy his success this week. We need feel-good stories these days.

Tyler Gilbert's dad had an amazing reaction to his son's no-hitter. ❤️ pic.twitter.com/11MGrvvLIF