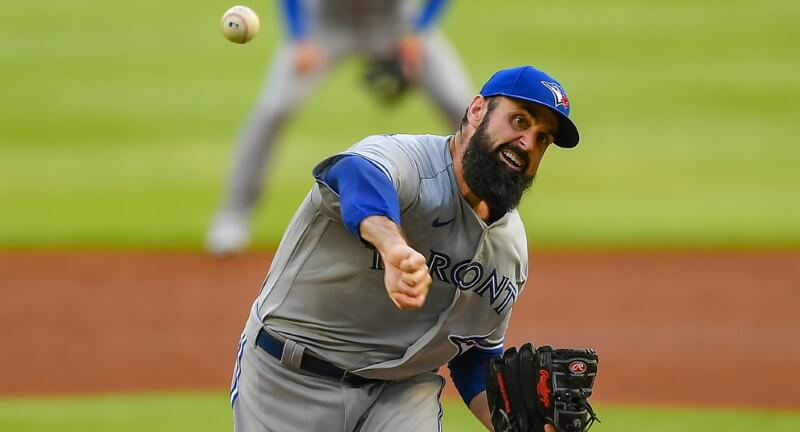 “No-no” is something I’ve been told a lot in my life. From being a wee lad getting caught trying to eat a whole package of bacon, to a college student trying to get a date, I’m familiar with the phrase. Well, no longer shall that phrase strike fear into my heart! Now I’m an adult and I can eat a whole package of bacon whenever I want. Also, we got a no-no from a new Friar, Joe Musgrove!

More on him in a bit. This is (mostly) a fun week for pitching, as we are getting back about as many starters as we lost. There’s not a ton of movement just yet, as I try not to overreact to just one or two starts. The primary factors that are going to alter my perception this early in the season are increased velocity and changes in pitch mix. Carlos Rodon, for example, has altered his mechanics and picked up some velo. Lance McCullers has a fancy new slider. That said, a few performances have caught my eye, either good or bad. We’ll check those guys out in this week’s Risers, Fallers, and Newcomers.

The biggest headline of the week on the pitching side was Joe Musgrove tossing the first no-hitter in Padres team history. Musgrove looks to be the latest in a long string of former Pirates starters who find immediate success with a new ballclub. The Pirates love their fastballs, while the rest of the league moves towards more breaking pitches. Getting away from the fastball is exactly what has been the key to Musgrove’s early success. 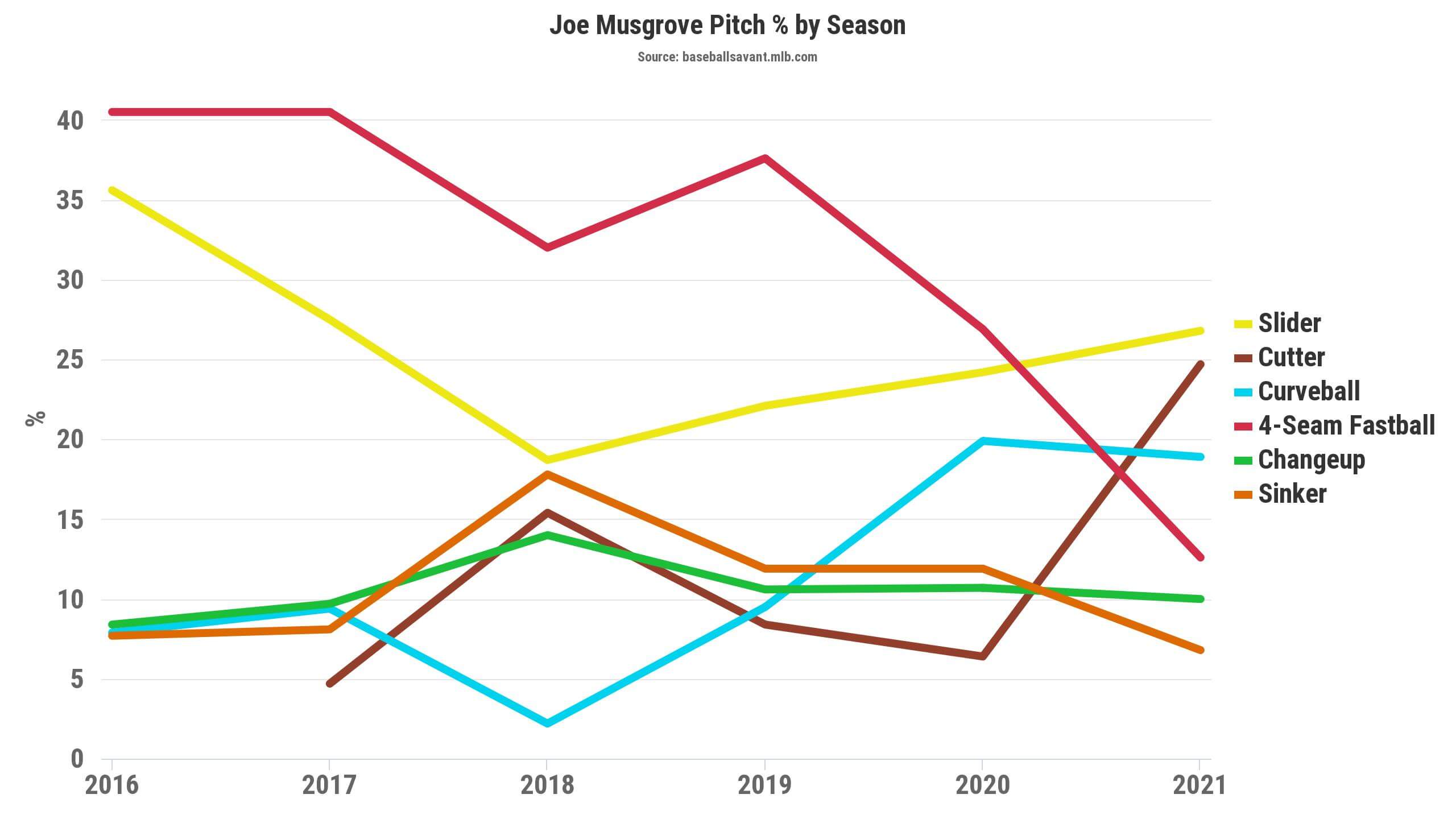 He has cut his fastball usage in half while upping his cutter usage from just 6% last year to nearly 25%. He is also throwing more sliders – something we’re seeing a lot of across the league. I already had Musgrove fairly high, so he hasn’t actually jumped much this week. Even with slightly increased velocity this year, I don’t see a true ace here or anything. That said, you should be happy if you drafted him. He should easily be a solid #3 fantasy starter this season.

The Cobbler is back, and he’s out for vengeance! For too long, the Shoe Destroyer and his evil henchmen have been blowing up shoes across the nation. It’s time to put their evil shenanigans to an end! The Cobbler 2: Electric Boogaloo, starring a CGI Arnold Schwarzenneger in his 30’s, coming to a theater near you this summer. With a lot of shoe explosions. Hopefully, everyone knows that a cobbler is someone who mends shoes and not a walking fruit dessert.

Anyway, most who have been playing fantasy for years know the deal with Shoemaker. He’s an effective starter…while he’s healthy. Unfortunately, a healthy Cobbler is a rare sight. He hasn’t thrown more than 77.2 IP in a single season since 2016. For the time being, he’s healthy, and he’s faring well in the Twins rotation. 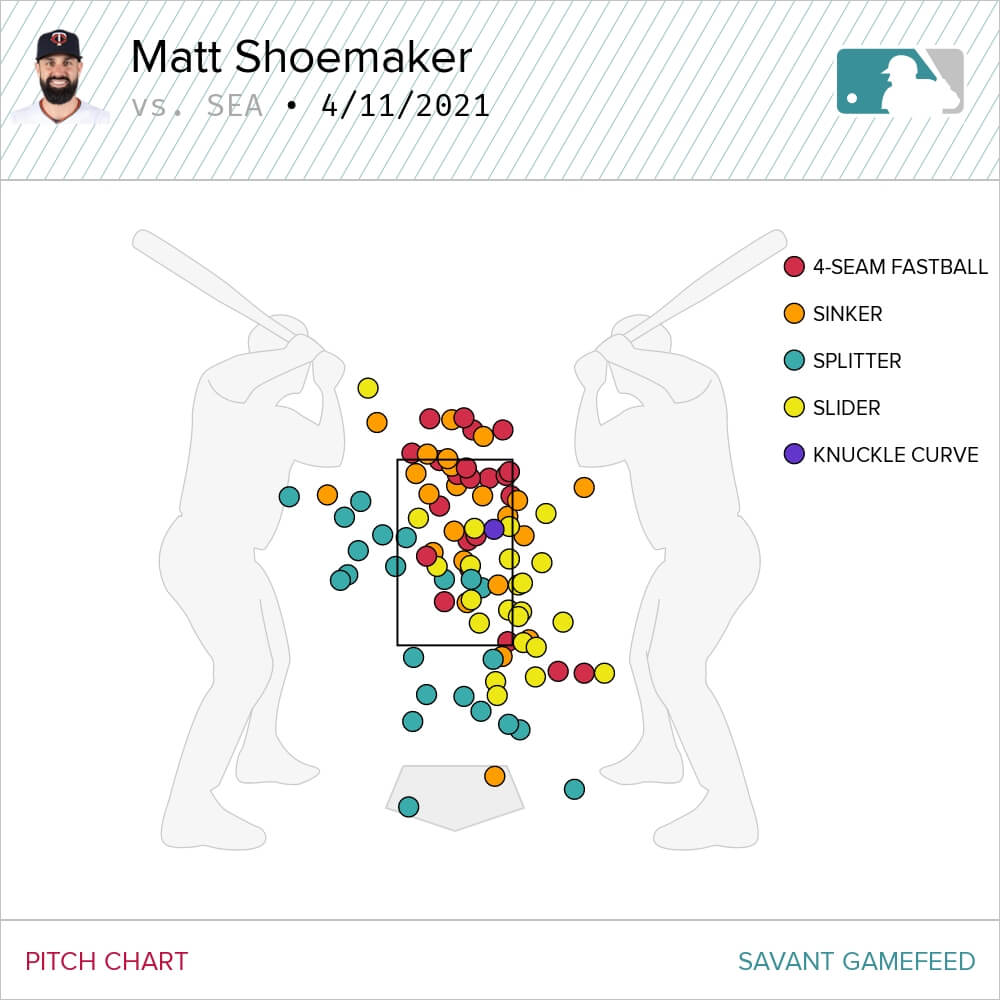 He’s been throwing more sliders than ever, with over 25% usage. The pitch even earned a shiny 43% CSW in his latest start against the Mariners. He’s very much worth streaming while he’s healthy. Just don’t expect that to last long, or for him to pitch too deep into games.

Cueto came one out shy of a complete game in his latest effort at home against the Rockies. He gave up just one run on four hits and a walk with seven strikeouts. It’s just two starts, but so far he’s been utilizing his slider more than ever at 22%. Does this mean he’s in for some sort of 35-year old breakout season? No. He’s never posted a K/9 north of nine, and a few more sliders this year isn’t going to make this year his first. That said, he gets a big bump on the list this week. He goes from a risky borderline-top 100 guy to a preferable streamer. In a fantasy world full of five-and-dives, roll the dice on a guy who can pitch deep into games consistently.

2020 was a massive disappointment for Paddack, and 2021 has been more of the same. He has yet to eclipse four innings through two starts, and his command hasn’t been what it usually is. Without his typical pinpoint command (1.9 BB/9 in ’19-’20), he can’t get away with a limited two-pitch arsenal. He has essentially scrapped his cutter and curve he dabbled with last year. Whereas other former two-pitch starters such as Tyler Glasnow and Lance McCullers are adding pitches to their arsenal and rising, Paddack heads the other way. The command should rebound so that he is still useful, but he’s no longer a starter you can throw into your lineup 100% of the time without a second thought.

He’s made some changes to his pitch mix, but they sure haven’t worked out. He has swapped out his changeup for a splitter and doubled his slider usage. 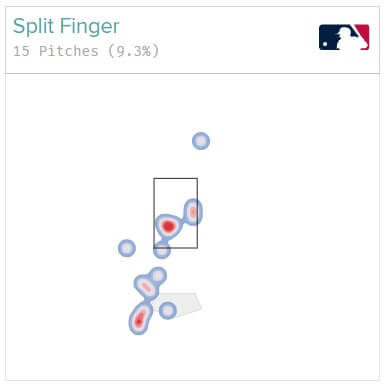 As you can see, he hasn’t been able to control the splitter. He’s only tossed 15 of them so far, but it has allowed a .662 wOBA, which isn’t exactly encouraging. Until he gets himself straightened out, I wouldn’t be starting him. He may be off the list by next week.

With Jordan Zimmermann on his way out of the league, I was getting really worried that there wouldn’t be enough Zimmermann’s in the league with multiple n’s. Thankfully, we have Bruce almighty entering the league. The 26-year old lefty has been solid through two starts for the O’s, although not exactly electric. He has a solid four-pitch mix (FB/CH/CB/SL) which has earned a 31.6% CSW through 12 IP. As long as his control remains above-average, he can be a solid spot-starter for you streaming enthusiasts out there.

Nothing cures what’s ailing you like getting off the Rockies roster. This goes double for pitchers. Hoffman has only tossed 9.1 IP through two starts but has an intriguing arsenal. He has brought back a previously scrapped slider to use against righties with curves and changeups to lefties. He’s earned an 11.9% SwStr% but just a 26.4% CSW, so we can’t really expect more than a K/IP. A flyball heavy starter in Great American Small Park also feels a bit like juggling chainsaws, which is not something I like to do too often. Mostly just on weekends.