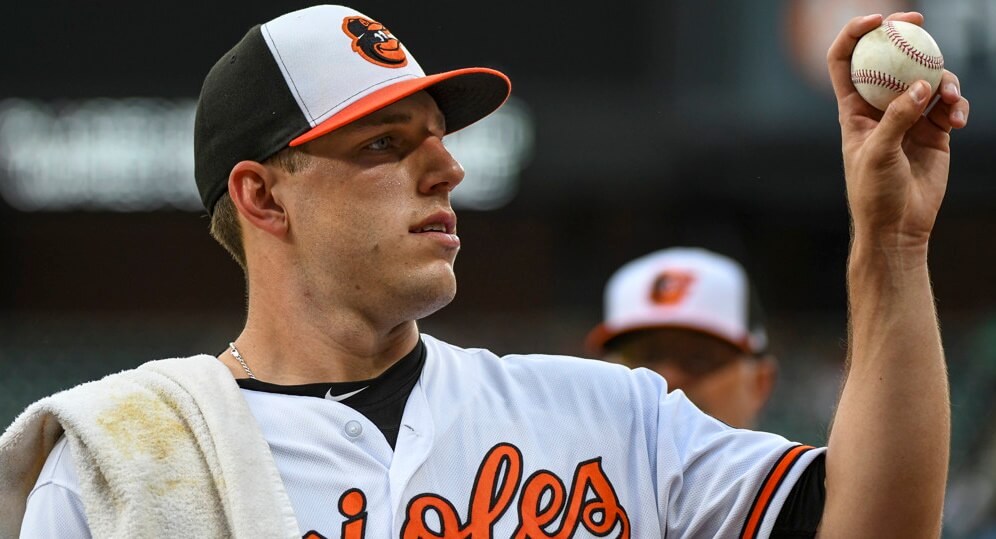 The only thing that could taint the sweet nurturing glory of Mother’s Day is another Jacob deGrom injury. Naturally, because we can’t have nice things, that’s just what happened. The number one player in my Top 100 Starting Pitcher Rankings is still there (for now). That is because, at the time of this writing, we don’t know how bad his “side” injury is. Also, as a reminder, I don’t rank injured starters whose return is not imminent. Hopefully, his name will still be on the list next week. Now, some notes!

Dylan Cease, CHW (+20) – Cease’s control is still erratic at best, with only one start in six with fewer than three walks. However, his strikeout upside is very sexy-time, and he has allowed just four total hits over his last two starts (with 20 K’s). He’s been very fortunate as a fly-ball heavy pitcher with a 7.1% HR/FB%, so I’d expect his 0.59 HR/9 to regress closer to his 1.85 marks from the past two seasons. I’ll be surprised if he climbs too much higher inside the top 50 the rest of the way.

John Means, BAL (+8) – You might have heard, but John Means tossed a no-hitter last week! He only actually rose eight spots in my starting pitcher rankings this week since I had him respectably ranked beforehand, but he’s got true ace numbers right now. His command has been impeccable, leading to a 9.78 K/9, 1.96 BB/9, and 1.37 ERA (3.00 FIP). His 15.7% SwStr% ranks 7th among starters thus far, higher than the likes of Gerrit Cole. 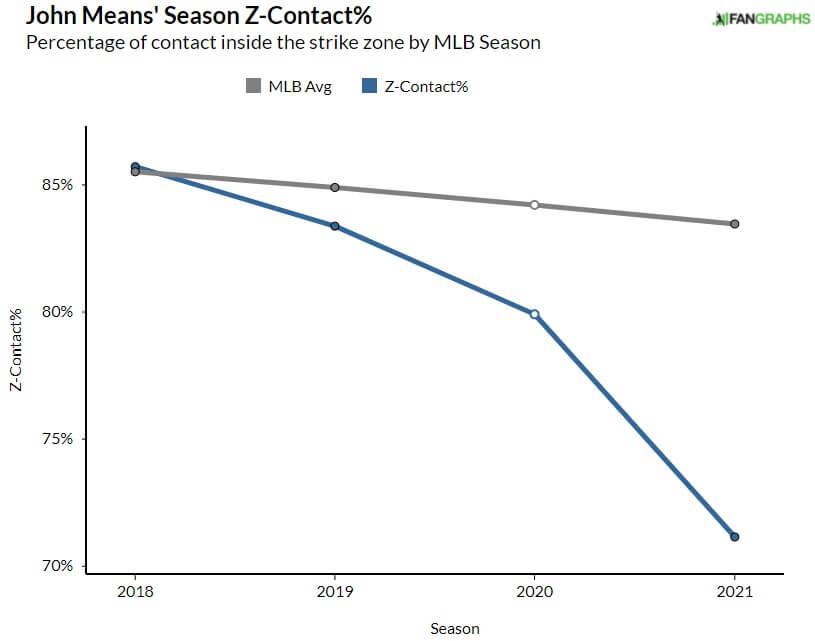 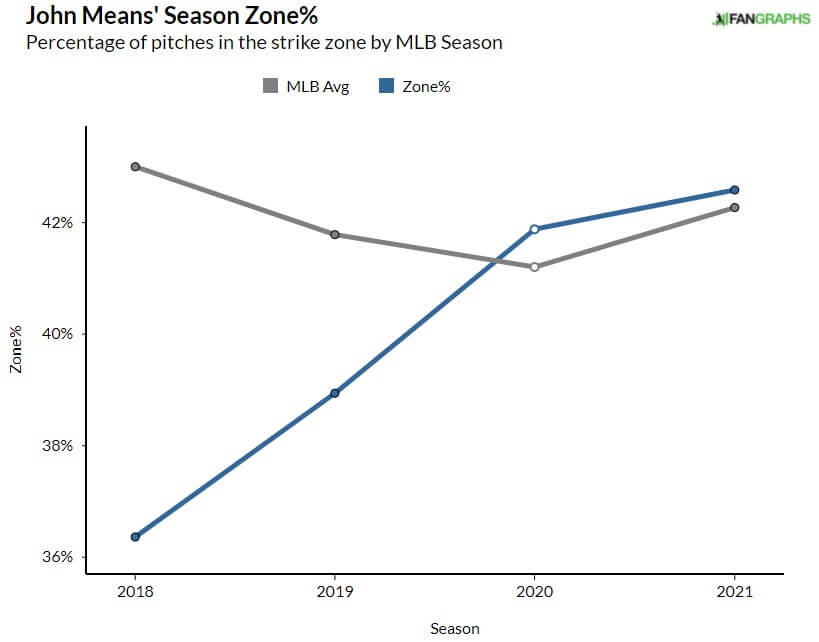 Means has posted the highest Zone% of his career at 42.6%, and he’s missing more bats within the zone (71.2% Z-Contact%) as well. That bodes very well for his future. On the other hand, he stunningly has a 100% strand rate and .158 BABIP. Those numbers will obviously be skewed with an early-season no-no, but just realize he’s not quite an uber-ace.

Kyle Hendricks, CHC (-20) – It’s always a bit of a high-wire act with Hendricks, whose fastball sits 86-87. 2021 has proven to be a gale-force wind blowing Hendricks off of said high-wire, sending him nose-diving towards the total doom that is a 6.07 ERA (7.32 FIP). In a year where homers have dissipated, Hendricks’ 2.86 HR/9 is more than double any previous season he’s posted. 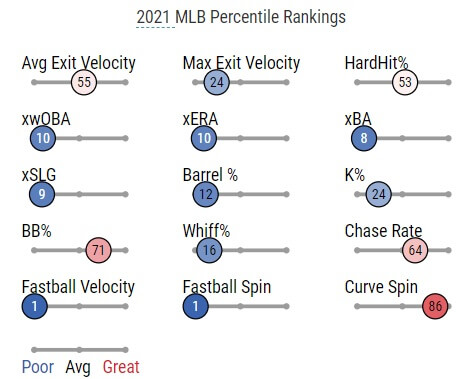 Hendricks isn’t one to wow Statcast charts with his stuff. That said, he is near the bottom of the league in XBA (.309), xSLG (.577), and wOBA (.418). His .396 xwOBA doesn’t declare his results to be too fluky-bad, either. He’s had major mid-season turnarounds before, but until we see some evidence of that, he’s hard to start.

Patrick Corbin, WSH (-22) – Corbin drops even farther than Hendricks this week, outside of the top 70. Whereas Hendricks at least still has his command, Corbin has seen his K-BB% evaporate nearly to nothing.

Cole Irvin, OAK (SP76) – Irvin is a 27-year-old lefty with little prospect prestige. He averages just under 91 MPH with the fastball, but that hasn’t hampered his early-season success. He now has a 3.29 ERA over 41 IP with an 8.12 K/9 and pristine 1.32 BB/9. His upside is limited by his inability to miss bats (9.7% SwStr%). That said, he’s worth a stream, particularly in favorable home matchups where his fly-ball tendencies can lead to more easy flyouts.

Nate Pearson, TOR (SP84) – As opposed to Irvin, Pearson is a prospect of great acclaim. He was the Jays first-round pick in 2017, coming equipped with a triple-digit fastball and a slider he throws in the low-90’s. There were command concerns when he was drafted, but his worst walk rate in the minors at any point was a 3.02 BB/9 at Double-A in 2019.

He may have been a bit rusty coming off the groin strain that delayed the start to his season, however, as he walked five in his season debut. He lasted only 2.1 innings, gave up three runs on four hits, and didn’t strike out a single batter. His 13 sliders didn’t earn a single whiff, throwing just 28 of 64 total pitches for strikes. His velocity was also down a bit from last year at 95.7 MPH, with the much-heralded slider coming in at a pretty normal 85.4 MPH. He’s worth owning in all but the shallowest of leagues for his upside, but I’d want to see a more promising start before I’d plug him into my lineup.