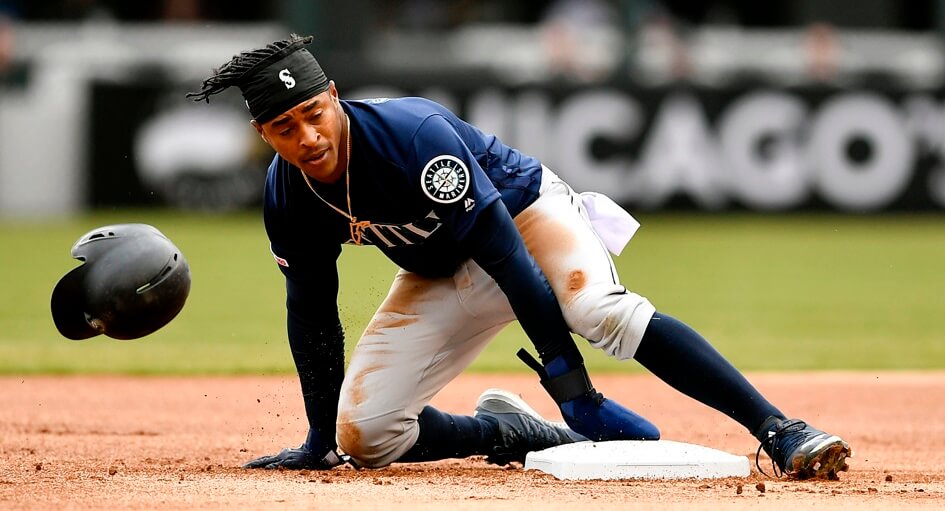 Baseball and Fantasy fans alike should be happy about Week 13. A lot of teams will be playing a lot of games. The end result should be the best teams with the best players maximizing an optimum number of opportunities. However, that doesn’t apply to everyone. There are a few unfortunate teams and players that will be hampered by a short week of games and fewer at-bats compared to their potential alternative starters. Starling Marte is typically a Must-Start player that I recommend ride owners pine in Week 13 while Asdrubal Cabrera is a starter that more often than not is an after thought. That’s what makes  Start/Sit hitting decisions difficult. The schedule, as well as recent performances, can throw us for a loop.

Here are a few players whose Start/Sit hitting decisions are impacted by the schedule.

Marte is a Must-Start under normal and even less than ideal circumstances. However, Week 13 is neither normal nor less than ideal. It’s an anomaly that is outright unfair bordering on fraudulent for a player with a reverse split against left-handed pitching.

It’s strange that a right-handed batter known for hitting for a good batting average would have a negative reverse split against left-handed pitching. The oddity of his reverse splits against lefties is compounded by the fact that he has only five games. Even for owners that don’t believe in Karma, Marte’s scheduling misfortune has to be seriously taken into account. He is a Sit in most leagues.

Instinctively, I lean Sit when looking at players that are difficult Start/Sit hitting decisions with five games scheduled for the upcoming week. I love Moncada’s dual-threat potential, but five games, all on the road had me concerned. I initially thought that he was going to be a Sit in Week 13. But, the facts turned me from an instinctive Sit to a comfortable Start.

He has five road games, a split that can justify sitting some players, but not Moncada. He has been a good road slugger in 2019 after hitting seven home runs and stealing seven bases on the road in 2018. And, the last three weeks, he has hit for both power and average.

Moncada dealt with upper back tightness during Week 12, but if he isn’t projected to miss any games in Week 13, there isn’t any stat or circumstance that justifies benching him this week. And, he qualifies at both second base and third. Five games is a bad break, but not one that justifies sitting an explosive, dual-threat Moncada.

There isn’t a lot of love for Cabrera in Fantasy circles, but there needs to be more appreciation for his offensive abilities, in deeper leagues at least.

At one time in his career, he was a stolen base threat as well. If only he still had that to offer Fantasy owners. He was active in only 66% of Fantrax.com leagues. Week 13, that number needs to be higher.

We are deep enough into the 2019 Fantasy baseball season to come to some confident conclusions about what a player is this year without enough to absolutely know what we have. Seth Klein of Fantax.com posted stats on Twitter comparing Howie Kendrick to Paul Goldschmidt. Kendrick’s numbers were better, coming as a surprise to some I am sure. His Tweet illustrates my point.

Kendrick has been better recently and it justifies Fantasy owners starting Kendrick over Goldschmidt in the short term if that’s a Start/Sit decision an owner had to contemplate. However, if I was reranking all Fantasy players for the remainder of the 2019 season, I would still draft Goldschmidt before Kendrick with the expectation that Goldschmidt projects to be better for the remainder of the season. That’s why a hot bat and 14-Day and 21-Day sample sizes have a place in owners minds when making difficult Start/Sit hitting decisions.

If the weekly schedule and the matchups aren’t decisive indicators of who the better play is then owners need a tiebreaker. 14 and 21-Day samples are relatively small but combined with how players have performed to this stage in the season, they become relevant. Even decisive.

Here are a few less than glamorous names who have been swinging hot bats and deserve serious consideration when owners are making those difficult Start/Sit hitting decisions.

The Tampa Bay Rays have done a great job drafting, developing and especially trading players. Trading Chris Archer for Austin Meadows, Tyler Glasnow and Shane Baz, with the Pittsburgh Pirates, is looking criminal with the way Archer has struggled, but the Mallex Smith for Mike Zunino trade was a mistake from a Fantasy sports perspective as well as a Major League one in my view.

Smith has token power, but he profiles to be an effective top-of-the-order speedster who can bat .300, steal 35-45 bases and score 100 runs. He started 2019 poorly, possibly due to an early season injury, but he has lead baseball in stolen bases over the last three weeks while batting .301. That’s the Smith owners should expect going forward.

Smith needs to be a trade target for owners looking for steals and the 32% of Fantrax.com owners that benched him in Week 12 need to seriously consider him when making their Week 13 Start/Sit hitting decisions.

The Tigers have a limited five-game slate, all on the road, in Week 13. That probably puts Jones on most Fantasy owners bench rather than their starting lineup, but he leads the Tigers in home runs with eight and he has stolen six bases as well.

Jones needs to be owned as well as active in more leagues than currently the case. Only 16% of Fantrax.com owners started Jones, in spite of his solid recent performance. The tools are there, the playing time has been and he is undervalued in deeper leagues.

I liked Bruce during draft season and came to love him more after he was traded to the friendly confines of Citizens Bank Park to play in a deep Phillies lineup.

He’s swinging a hot bat and has a relatively neutral group of pitching matchups in a seven-game work week ahead. Assuming recent hamstring tightness doesn’t limit his at-bats, owners need to consider him close to a Must-Start player when making Start/Sit hitting decisions going forward. He was active in 73% of Fantrax.com leagues. That number needs to be higher.

I am not a huge advocate of Gurriel. His Fantasy profile is limited and with the middle infield becoming a deep, rather than thin, position, I don’t see the ceiling to be excited here. That being said, he’s been good recently even though he was active in less than 60% of Fantrax.com leagues in Week 12. Gurriel is someone to keep an eye on and is worth a start in deeper leagues while the bat is hot.

Laureano is a player that should be owned in deeper leagues but his Start/Sit usage needs to be closely monitored by owners. His batting average won’t kill owners, but it doesn’t help. And, while he hits home runs and steals bases, he doesn’t profile to be a Fantasy star. He is a good, deep league contributor on a contender that is better suited against right-handed pitching than left.

You can follow me on Twitter @CJMitch73 or on Facebook in the Fantasy Sports group “A Podcast To Be Named Later” and we will have a Podcast coming in the not-too-distant future, so keep an eye-out. And, if you’re a Cape Cod League fan, I will be interviewing players, fans, and managers and Podcasting about the league this summer.