Speed on the Cheap: Late Round Steals 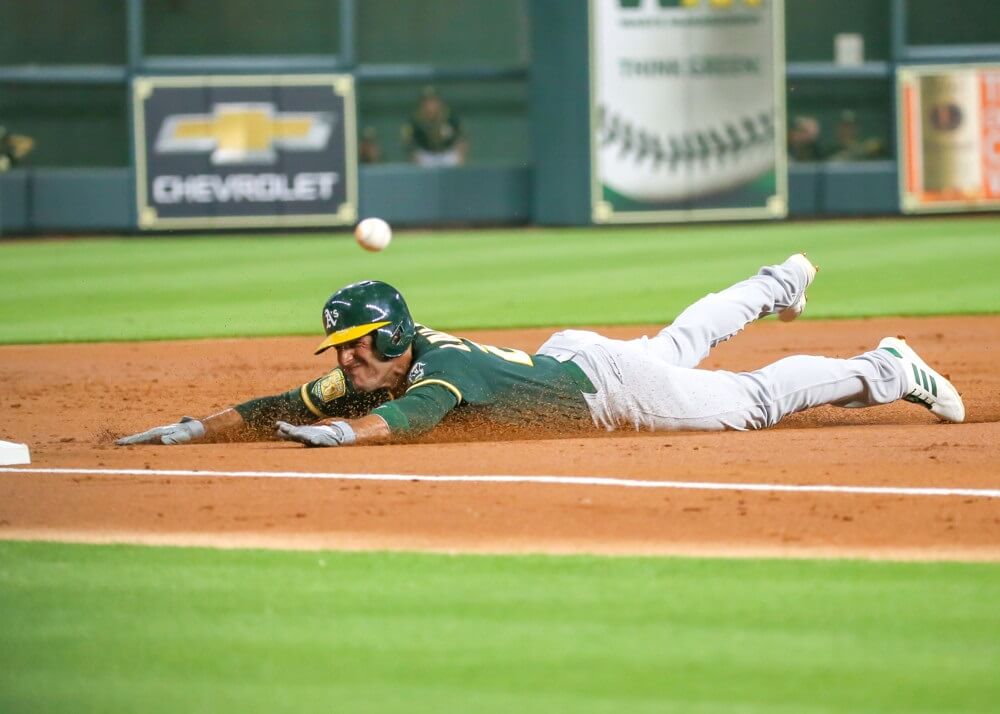 This is the first of many category sleeper pieces to come over the next few days as we get closer to the 2019 fantasy baseball season. I figured I’d start with what we’re all after on draft day and that’s late round steals. There were only three players to reach 40 stolen bases last season and it was Whit Merrifield who led the way with 45. Even he was disrespected at drafts last season and you could argue he’s providing value again in 2019. The other two were either late round steals or waiver wire gems: Mallex Smith (40) and Jonathan Villar (35) combined for 75 stolen bases in 2018.

The goal here is to provide owners with cheap speed come draft day. It may come in the middle rounds or near the end of your draft. Either way, the list below can provide owners with a bit of stability. Sometimes your draft doesn’t always go as planned and you may find yourself  in the need for speed in order to round out your team. In head-to-head leagues, stolen bases may not be as important to you, but it’s a category you shouldn’t punt in rotisserie leagues.

Victor Robles is by no means a late round pick at his current ADP, but there’s been a slight decline in his stock over the past few weeks. It seems like many are unsure what to expect from him in his first full season in the bigs. With Bryce Harper officially gone, Robles should at least start to trend in the other direction. The outfielder fell to the 12th round and was pick 134 in one of my best ball leagues a few weeks ago.

Robles only played 21 games (66 plate appearances) last season so we’ll take his .288/.348/.525 slash line and .237 ISO lightly. The 21-year-old only swiped three bags with the Nationals, but he has 143 stolen bases throughout his minor league career (five seasons). He’ll probably hit ninth for Washington, but he’s had great averages throughout his professional career and he’ll be given the green light to steal when he gets on base. 600 plate appearances is possible as are 25-30 stolen bases and his 48 percent fly ball rate suggests double-digit home runs as well. If you are playing with five outfielders and you miss out on speed in your first few rounds, think of Robles.

*If something were to happen to Robles or Adam Eaton, Michael Taylor would be an immediate waiver wire add and he’d be a great source for stolen bases. He has 41 over his last two seasons (817 PA’s) and 71 in 483 career games.

Don’t think for a second that Elvis Andrus’ speed has disappeared because of his five stolen bases last season. Andrus was limited to 428 plate appearances in 2018 and a fractured wrist likely led to his low SB totals. Andrus averaged 26 stolen bases in his previous nine campaigns and he’s had at least 21 SB’s in nine of his 10 years. He’s also a career .275 hitter, which helps.

With more on Bader, check my OF sleepers piece.

For the first time in his fantasy career, Billy Hamilton has a fair price tag. In year’s past, Hamilton would go within the first few rounds knowing he was only going to provide owners with stolen bases. Hamilton slashed .236/.299/.327 and still managed to swipe 34 bags in 2018. It wasn’t good enough for the Cincinnati Reds as they released him, despite his league-leading 264 stolen bases since the start of 2015.

Hamilton is expected to hit in the nine spot for the Kansas City Royals and is still only a one category guy. He’s had an OBP under .300 in four of his past five seasons and he’s still managed to reach 56 stolen bases four times over that span. Fifty is probably out of the question, but 40 is doable. If you picked him in the fourth or fifth in the past, what’s a 16th round pick this time around?

Ramon Laureano registered 176 plate appearances as a rookie in 2018 and he was very impressive despite striking out 28 percent of the time. Laureano had five home runs and seven stolen bases with a .288/.358/.474 slash line. He combined for 25 stolen bases and home runs over 284 AAA innings prior to his call up last year. There’s no reason to think Laureano can’t combine for 30-35 home runs and stolen bases this season with Oakland. The 24-year-old is expected to be the Athletics’ Opening Day center fielder and he’ll push for 20 stolen bases if he gets his expected 500 PA’s. Laureano swiped 78 bags in the minors from 2016-18.

Jake Bauers’ ADP rises with each week that passes by, but that’s OK because he’s still going later than he really should. Bauers hit 11 bombs and stole six bags over 388 plate appearances with Tampa Bay last season. He struck out 27 percent of the time and only hit .201, but Bauers had double-digit walk rates and kept his K-rate below 20 percent in the minors. He hit for power and he stole bases. He’ll get near 600 PA’s in Cleveland which could result in 15 stolen bases and 15 plus home runs. That’s hard to come by at first base or corner infield, plus he has OF eligibility.

Cedric Mullins will fall down draft boards because he’s a member of the Baltimore Orioles and he didn’t do a whole lot in his rookie season. Mullins hit four home runs and only stole two bases over 191 plate appearances. He had a modest 19 percent K-rate and a nine percent walk rate. His .235 average from last season doesn’t translate as a leadoff hitter, but the Orioles don’t have a lot of options as he’ll likely land the job on Opening Day. Mullins had 23 stolen bases across Double-A, Triple-A, and the Majors last season, and in 2016 he registered 30 SB’s playing Single-A.

With more on Hampson and Polanco, check my SS sleeper piece.

Ian Kinser’s 16 stolen bases last season were the most he’s had since 2012 and he missed 34 games. Kinsler has had double-digit stolen bases and at least nine home runs in all 13 of his seasons. Another 10/10 season shouldn’t be shocking and he’s appealing atop the San Diego lineup. Kinsler’s scored at least 90 runs in four of his past five seasons, despite hitting .238 over the last two. Health has been an issue, but he’s cheap and he may start off hot in 2019.

Greg Allen isn’t locked into an every day role with the Cleveland Indians, but he’ll likely be in their Opening Day lineup and when he plays he steals bases. Allen has 157 SB’s over five seasons in the minors and he stole 21 bags over 291 plate appearances last season with Cleveland. The 25-year-old hit .310 with 15 stolen bases over 141 plate appearances in the second half.

BAT projects 23 stolen bases for Delino DeShields this season, which puts him tied for the 12th-most with Ronald Acuna Jr. and Jose Altuve. DeShields has been slowed down by injuries and poor plate skills since entering the Majors, but he has at least 20 stolen bases in three of his four years.

The Chicago White Sox’s are stacked with very talented prospects in the outfield, but they won’t be with the team on Opening Day. Instead, guys like Adam Engel will crack the lineup. Engel has a brutal .207 average for his career (799 PA’s), but he has 24 stolen bases in his two seasons. He had 16 with Chicago last year and 114 in the minor leagues from 2015-17. He struck out 35 percent of the time as a rookie and 28 percent as a sophomore. He’ll have to continue to improve on that rate in order to get steady playing time.

Are you on board with Chris’ late rounds steals? For more great fantasy baseball rankings, strategy, and analysis check out the 2019 FantraxHQ Fantasy Baseball Draft Kit. We’ll be adding more content from now right up until Opening Day!