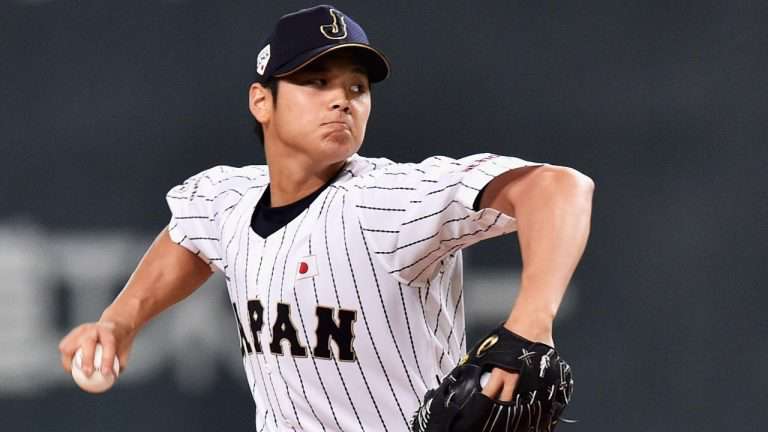 The Angels won the Shohei Ohtani (82 ADP) sweepstakes. The Japanese two-way superstar is an amazing story, but creating a realistic fantasy value takes a little work. It’s going to be hard for fantasy owners to not buy into the hype. I’m going to aim for a realistic production value and possible outcome range.

One aspect owners will need to immediately learn is how each league deals with his two-way potential. Some leagues are keeping him as one player, and the owner will decide if he is a hitter or pitcher before each scoring period (Fantrax’s method). In other leagues, he’s two separate players: a pitcher and a hitter. Let me start with Ohtani, the pitcher.

The projections are encouraging, but not great. At FanGraphs, I used his ZIPS projections (3.55 ERA, 10.4 K/9, 3.9 BB/9) and found similar pitchers to be Dinelson Lamet, Alex Reyes, Luiz Gohara, and Tyler Glasnow. The projected walks deflate his value. Besides these four pitchers, I found Luke Weaver (128 ADP) and Jon Gray (171 ADP) as possible comps. Owners are drafting Ohtani 40 picks earlier, which is not surprising given all his media attention.

As for his hitting ability, Ohtani falls somewhere between below league average to great. Eric Longenhagen said that Ohtani, the hitter, wouldn’t make his top 100 prospects. By using the prospect grades given out by MLB.com, some of his top comps are Bryce Harper, Javier Baez, and Jorge Soler.

In the article with the ZiPS projections, he’s projected to be similar to the 2017 versions of Matt Kemp, Evan Longoria, and Maikel Franco. A decent consensus on his MLB hitting doesn’t exist.

The other major issue is how the Angels plan on utilizing Ohtani in the field. No news on this matter has been released. They have plenty of outfield holes to fill, and he could play there a few days each week. The problem is that, in weekly transaction leagues, a part-timer, no matter how good, has almost no value. Zero. He just won’t get the needed counting stats to be relevant. In leagues with daily transactions, his value jumps. Owners can watch for the lineup card and insert him as needed.

In each draft, it takes just one owner to have higher expectations and/or the “fear of missing out” for his ADP to soar. They could fixate on his best comp and assume that will be his value. Owners need to fight the urge, hedge their bets, and not overpay. All of Ohtani’s traits point to him being good at hitting and pitching, just not great.

Finally, don’t take the following or any report as the final word on his value. Information, true and false, will continue to be available as the Angels discuss how they plan on using him. He’ll start participating in Spring Training games, and his virtues and flaws will be more visible. Just keep a personal projection going as more information becomes available.

Sorry for being a downer, especially to Angels fans hoping for rainbows and unicorns. No player since Hall of Famer “Bullet” Joe Rogan of the Negro Leagues or Babe Ruth has a player had the ability to effectively pitch and hit like Ohtani. While his overall ability may be outstanding, the two separate aspects are limiting. Value each correctly in each league’s context.