Second Base Sleepers for 2020 Fantasy Baseball 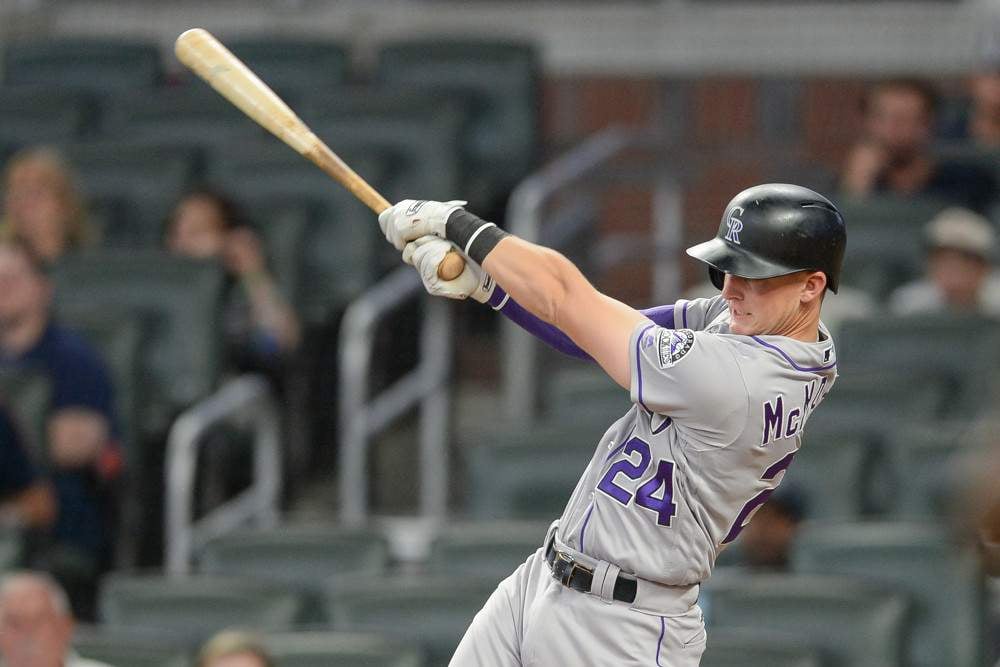 One of the more intriguing positions in fantasy baseball this season is second base. You’ve got a solid top dozen or so, and then it drops off rather quickly. Not that the talent isn’t there. In fact, there’s reason to be optimistic about the young players coming up at the position. You can see what our staff had to say out it in our second base rankings. The truth about it is, there’s a lot of uncertainty. Unlike shortstop, where the talent runs deep with great players in secure positions. Because of this, you’ll see many teams filling their middle infield spot from the shortstop pool. So, finding value at second base could be crucial this season. To help do that, I’ve come up with some second base sleepers for 2020 fantasy baseball.

One of my favorite second base sleepers, Starlin Castro, has shown up on a couple of my recent articles looking at positive player trends over the last three years. The first was looking at contact ability and plate discipline. Castro has improved his Z-Contact rate every year over the previous three years. In addition to that, he’s lowered his ground ball rate over every one of those seasons. His average launch angle of 10.9 degrees was a career-high after also seeing increases over the last three years.

Perhaps Castro is adjusting to today’s game. His ground ball rate over the last four months of 2019 was the lowest he’s ever maintained over any four months in his career. And he absolutely took advantage of the adjustment, hitting .302 with 16 home runs in the second half. Now in Washington, he’s in a better lineup hitting in a better park. Castro could play second or third base and shouldn’t have any difficulty securing an everyday role while batting near the middle of the lineup.

Ryan McMahon can hit the ball hard with a 91.4mph average exit velocity that ranked in the 90th percentile. The only problem, he hit too many ground balls. A 51.2% ground ball rate is way too high, even more so for someone who’s playing their home games at Coors Field. His average exit velocity on fly balls and line drives was 95.8 mph, ahead of guys like Fernando Tatis Jr., Carlos Correa, and Ronald Acuna Jr. A swing adjustment to lift the ball would do wonders for McMahon. Not only would it increase his power potential, but with how hard he hits the ball, we could see an impressive gain in batting average.

There’s a ton of potential there with McMahon. And you know what, he’s actually got the second base job going into the season. Teammate Garrett Hampson is being drafted ahead of McMahon despite likely having to compete for playing time in a more crowded outfield. McMahon, on the other hand, can play first, second, and third base. It’s encouraging that he improved his plate discipline over 2019. If he can make the necessary swing adjustment, you’ll be glad you took a chance on this sleeper.

The biggest thing for Shed Long in Seattle is going to be opportunity. Recent reports have indicated that he will be the primary second baseman going into 2020. Long finished the season leading off for the Mariners over their last 17 games. In those 17 games, he slashed .296/342/.521 with three home runs and five doubles. What’s more encouraging is that in his 42 games at the MLB level last season, he wasn’t overmatched. He struck out only 23.8% of the time with a 9.5% walk rate. Not bad for a kid making his MLB debut.

Shed Long is a sleeper that not only has the potential to hit for a decent average and some power, but he can also steal a few bases as well. While he swiped only four bags across MLB and Triple-A last season, he previously had seasons of 19 and 21 steals. Despite the weak lineup overall, Long could be a productive leadoff hitter capable of hitting upwards of 20 homers and stealing over 10 bases.

Mauricio Dubon is another favorite sleeper of mine that could provide some value this season at second base or middle infield. The San Francisco Giants acquired Mauricio Dubon from the Milwaukee Brewers for Drew Pomeranz at the trade deadline. He immediately becomes the hitter with the most upside in that lineup. Dubon impressed in his short time in the majors hitting .274 with four home runs and three steals in 30 games.

Across three professional levels, Dubon totaled 24 home runs to go with 12 steals in 2019. He has three 30-plus steal seasons in the minors before injuring his knee in 2018. Listed at 160lbs, how does he get that power? Dubon generates his strength from the pull side with a 27.9% line drive rate and a 40.7% pull rate. All four of his home runs for the Giants went to the pull side. His 97.4 mph average exit velocity on line drives and fly balls is above the league average of 95.4mph. Oracle Park is notoriously a pitchers park. But, it’s a bit more generous to right-handed hitters, as they aren’t trying to hit the ball over a brick wall and into the cove.

Dubon should be a candidate to lead-off for the Giants this season with his contact skills and speed. He’ll be competing for the starting second base job but could also pick up shortstop and outfield eligibility during the season, making him a valuable sleeper pick.

If the last couple of years are any indication, Nick Madrigal won’t be in the minor leagues for long this season. The White Sox are ready to compete. They can certainly use their young second base prospect. Madrigal was drafted in 2018 and has already shot through the minor league system, finishing his 2019 campaign in Triple-A.

Madrigal’s best skill is his contact ability. In 705 minor league plate appearances, he struck out a total of 21 times. Aside from his hit tool, Madrigal can steal some bases, with 35 steals in 120 total games in 2019. He won’t hit many home runs, but his ability to get on base should have him atop the White Sox lineup in short order. Batting average and steals are two of the hardest stats to find. So don’t overlook this sleeper second baseman that can be a solid three-category contributor.

Imagine batting .238 in 323 plate appearances against righties and still be in the running for the MLB batting title. That’s just how good Hanser Alberto was against lefties. He hit .398 against them in 227 plate appearances. Alberto should be leading off for the Orioles this season after hitting .305 with 12 home runs and four steals. The power is laughable, to say the least, with an 82.8 mph average exit velocity. But, the juiced ball and Camden Yards helped him set a career-high in power. When you have a 93.6% Z-contact rate, good things could happen in that ballpark.

Alberto comes into the season with added third base eligibility. His defense is good enough to keep him on the field every day. Though, he’ll be most valuable in daily lineup leagues where you can start him against left-handed pitchers. Luckily enough, the AL East is full of left-handed starters. There are 10 projected lefty starters among the other teams in the division, with the Red Sox leading the way with four. Use him in daily leagues, and Alberto could be an excellent batting average asset as a deep sleeper.

Who are your favorite second base sleepers for 2020? Let us know in the comments below. We promise we’ll keep it a secret.