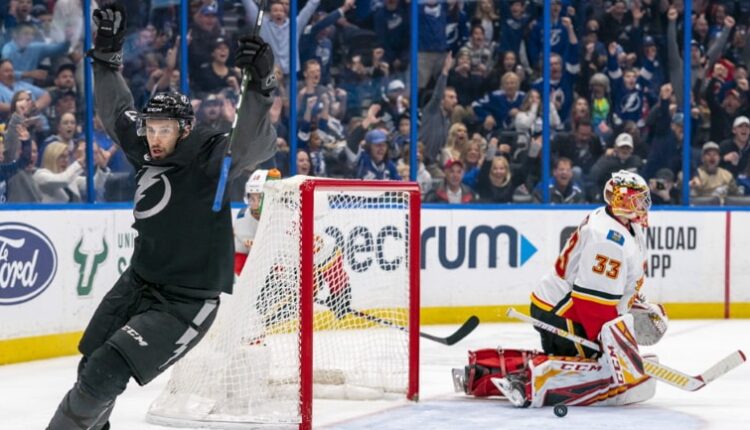 There is little doubt if your team left you unprotected for the expansion draft, it has to be a hit to the ego and a disappointing feeling. Recent history has shown that the disappointment can quickly be turned into a positive. Back in 2017, we saw a number of lesser-known players turn their careers around after being selected by the Vegas Golden Knights in their expansion draft. William Karlsson, Jonathan Marchessault, and Nate Schmidt, among others, were able to take advantage of the opportunity and either jump-start their careers or re-establish themselves as front-line players. We are going to take a look at which Seattle Kraken players are most likely to follow a similar path.

Let’s Get a Kraken

Gourde was a key member of the back-to-back Stanley Cup champions. He centered what many considered the best third line in hockey and his departure will leave a big hole in the Lightning’s lineup. In his first four seasons in the league, Gourde was not asked to bear a heavy offensive load. Despite that, he has had two 20+ goal seasons and he was on pace for 25 goals in last season’s shortened schedule. With Seattle, Gourde will be playing top 6 minutes as their likely #1 Center. He can also expect to be on their #1 powerplay unit. Gourde will be under the radar heading into fantasy drafts, as he will miss the first few months of the season due to shoulder surgery. Savvy fantasy managers should be able to nab Gourde with a late pick in their drafts or even a waiver wire pick up, and stash him on IR.

The 22-year-old Lind was an interesting selection by Seattle. They clearly took notice of his production as a high-scoring junior-aged player and how he had started to find his way as a pro with the Canucks AHL farm team. After a 0.60 PPG season in 2019-20, he had 5 goals and 8 points in 8 games this past season in Utica. Lind would be of interest to managers who are in deep leagues. He still has his rookie eligibility and with the opportunity he will get in Seattle this season, I have him highlighted as a player who could possibly surprise and have a breakout season.

Geekie was somewhat of a surprise selection by the Kraken. Carolina had a few players exposed that many hockey experts had expected to be picked ahead of Geekie. As someone who has always liked his game and upside, I thought this was a great selection by Ron Francis and his management team. Geekie has been effective in his very limited NHL action. He is defensively responsible and his skill level and offensive upside have been untapped at the NHL level. He was a high-scoring WHL junior player and he has had two very good offensive AHL seasons as well; including tallying 5 points in only two AHL games last season. Geekie is definitely a player you can target on the waiver wire. He is likely to get bottom-6 minutes to start the season but I expect him to be able to move himself up the lineup as the season progresses.

The Blues have had a very strong defensive unit the past number of years, meaning Dunn has mostly played 3rd pairing minutes and he saw very limited powerplay time. As a skilled offensive player with strong puck-moving skills, Dunn should be in a position to become the quarterback of the Kraken’s PP as well as receive top pairing minutes. My expectation is that Dunn’s offensive production will take off this season. Fantasy managers may have to gamble a little earlier in their drafts than they might expect if they want to have Dunn on their roster this season.

If your league does not have hits and blocked shots as part of their point system then you probably can bypass Larsson. There will not be very much scoring coming out of the big Swede. Larsson was #5 in hits and #3 in blocks last season for all NHL defensemen. He is a monster in both these categories and can be a difference-maker in weekly head-to-head battles. Typically a player like Larsson can be drafted quite late in fantasy drafts because he is so challenged offensively.

Seattle signed UFA goaltender, Phillip Grubauer and he is expected to be the #1 goalie for the Kraken this season. That said don’t sleep on the somewhat late-blooming Driedger. Since 2017 Driedger has been consistently putting up .920 and above save percentages, primarily in backup roles. With Sergei Bobrovsky not living up to his #1 goalie status, Driedger outplayed Bob last season and had become the Panthers defacto #1 by the end of the season. Driedger is a goalie to target on the waiver wire as I expect he will be one of the backups in the NHL who gets more games than most other #2 goalies.

Looking over Seattle’s roster, they will ice a competitive team in 2021-22. Like Vegas in 2017, I think the expectations are low as far as the type of success they will have this season. Vegas defied those expectations and made a run to the Stanley Cup finals. It’s difficult to imagine a similar story playing out, but I think we can count on a number of the new Kraken players to have career years with the increased roles and ice time some of them will get.

Did you enjoy our 2021-22 Fantasy Hockey Forward Rankings? Then you’ll definitely want to check out our 2021 Fantasy Hockey Draft Kit. New content is added every day.