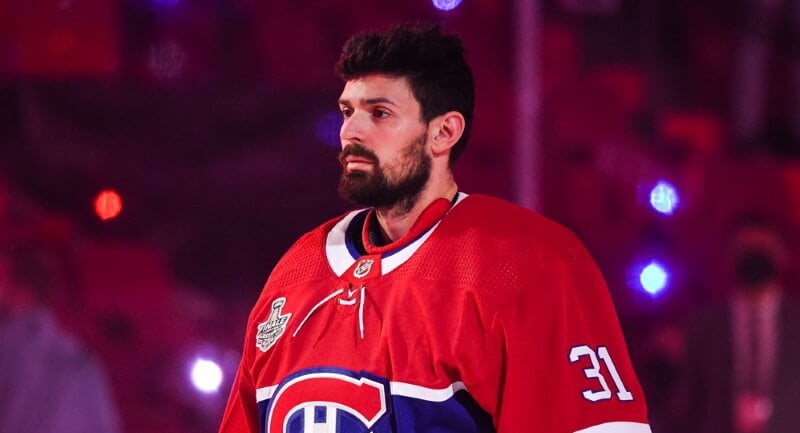 We’re down to the last group of teams of our Expansion Draft review. Today we tackle the protected list of the Atlantic Division. Just as we did with the other 3 divisions, we will give our thoughts as to who will be selected by the Kraken and what player should be on your fantasy league radar for the 2021-22 season.

Seattle could go with one of Boston’s younger defensemen, Jeremy Lauzon or Jakub Zboril but I think the safer choice is Ondrej Kase. Kase has shown offensive flair with a 20-goal season a couple years back with Anaheim. He has enough skill that he could get back to that level again and possibly be worth a late draft pick in a deeper fantasy league.

Right handed defenseman are always coveted. I think this is what will draw Seattle to Colin Miller and make him a Kraken selection. Is Miller the 40 point defenseman that he was in Vegas or is he the 20 point player he was in Buffalo. More than likely somewhere in between. He’s probably not going to be someone you need to jump on in fantasy drafts but he could be useful as a waiver wire pick up as the season unfolds.

I’ve always liked Troy Stetcher. Using the same logic we did in selecting Colin Miller in Detroit I believe Stetcher would be the most useful asset for the Kraken to take from the Wings. That said, it’s hard to look at this Wings roster and foresee anyone jumping up the fantasy rankings other than Jakub Vrana. While he’s not under anyone’s radar he could be in for a big season in 2021-22 as he will be counted on heavily to provide offense for the Wings.

I may be beating this right-handed defense accumulation to death, but I can see the Kraken taking 24-year-old former first-round selection Noah Juulsen. Juulsen seemed on a path to the NHL when he was in the Montreal Canadiens system but his progress has been slowed. He’s still young enough, and with his size and offensive skills, for it to be worthwhile for Seattle to invest in. Fantasy owners should keep an eye on Sam Bennett. After coming over from Calgary late last season, Bennett found his scoring touch that made him the #4 overall selection in 2014, scoring at 1.5 points per game clip. Don’t sleep on Bennett.

The elephant in the room is goaltender Carey Price being left unprotected. It seems the Habs are daring the Kraken to pick him. I imagine there is some sort of back room deal in place already and that Price isn’t going anywhere; or his contract may be a deterrent on it’s own. For my money, the skill and flair of Jonathan Drouin would be too hard to pass on if I’m Seattle. There is enough talent there for Drouin to be a PPG player. If he gets selected I would flag him as someone to stash on my fantasy team.

I kind of expect the Kraken to take middle-of-the-road center Chris Tierney. He is a safe pick and the draft is short on quality centers. The player they should pick is Evgeny Dadonov. He had a down year in his first season in Ottawa but he has been a consistent 25 goal scorer previously and there is no reason not to think he can put up those numbers again. This would make him a useful player in most fantasy leagues.

Seattle has a number of options to consider as the Lightning have exposed some high quality players. One could make a case for 5 or 6 different skaters but my choice would come down to the veteran Yanni Gourde or 24-year-old Mathieu Joseph. If Gourde is selected he would get the opportunity to take on a more offensive role, including powerplay time. Joseph is going to be a regular NHL player this upcoming season with either Tampa or Seattle. I would take a long look at both players as ones to possibly add to your fantasy rosters this year.

Jared McCann is the player that Seattle should select from the Leafs. Despite being acquired by the Leafs ,just prior to the protected lists being submitted to the league, he was left unprotected. With 32 points in 43 games last season with Pittsburgh McCann seems like someone who is just starting to hit his offensive stride. A 60 point season would not be an unrealistic expectation for fantasy league owners.

This concludes the four-part Seattle Kraken expansion draft review. Many fans, like myself, have enjoyed trying to both project which players teams will protect and in-turn who will Seattle draft. There were a number of surprises when the protection lists were released on Sunday and I expect there will be even more surprises on draft day Wednesday. Once the final Kraken selections are made we will review the roster and give you our thoughts on which players on Seattle should increase the fantasy league value for 2021-22.