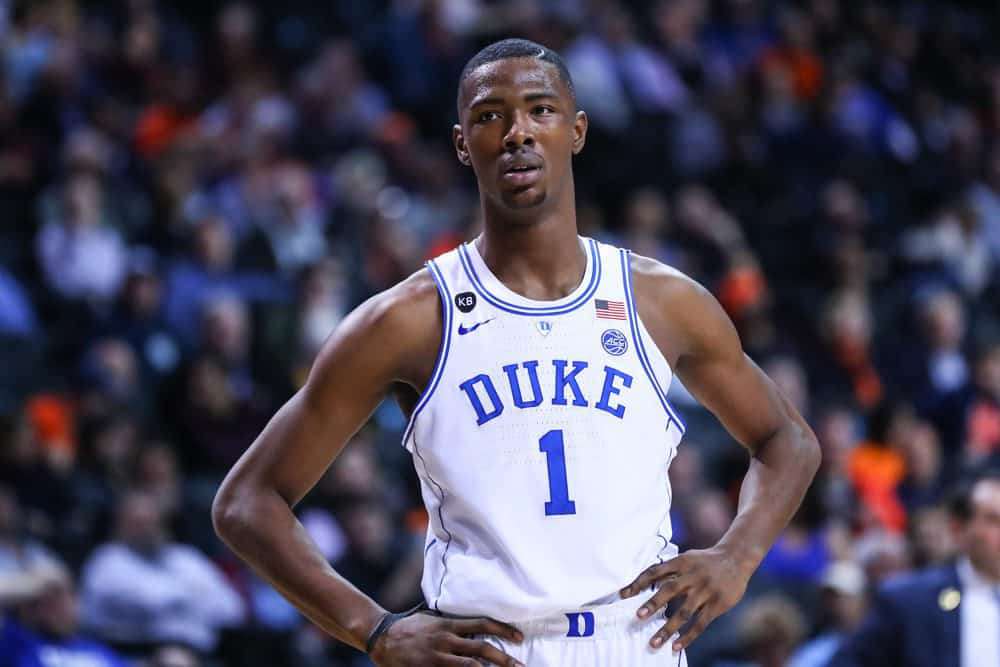 Although this draft class is touted as one of the best in recent memory, it’s lacking big men. This week, I’ll lay out my top-10 bigs with a small scouting report on each. The class may lack the elite talent in bigs, but it makes up for it in the depth of quality role players. Many of these guys will find a team and stick for a long time because they have one trait that puts them over the top. I will split this top-10 into tiers. First up, tier one.

All measurements are from DraftExpress.

These are players that could be low-level starters on a championship team, with an All-Star game appearance not being a surprise in the long run.

If an NBA team is looking for a big man who can flat-out score, Markkanen is their guy. He can shoot off the dribble, off the catch, and has great touch when going to the hoop. His shooting motion is clean and quick, which allows him to get shots off in all situations. The questions with Markkanen are abundant, however. He struggles defensively, with slow feet and an inability to block shots because of a lack of athleticism, strength, and length. He’s often bullied in the post, almost becoming a turnstile in the paint. He struggles on the boards, as he is often caught out of position, and he doesn’t put the effort in to chase down rebounds. He has to be a four in the NBA, but most good teams will hide him on the opponent’s worst offensive player to mask his defensive inefficiencies.

[the_ad id=”384″]Oh, what could have been for Giles. Prior to Giles’ injuries (he has torn both ACLs) he was one of the top players in the country and an easy top-five pick. Now all of that is up in the air. On offense, he is currently fairly limited to having high potential as a rim runner. He has a workable form in his jumper that could unlock a mid-range game at some point, and even be extended to beyond the arc. For now, he seems hesitant to shoot, but he could grow more comfortable as he gets further away from his past injuries. He rebounds well both offensively and defensively, timing his jumps superbly and being able to get both hands on the ball. His high motor will always give him a spot on a roster. Defensively, he could be an elite player, with quick feet and a long wingspan, as well as a fairly disciplined approach in the paint. Time will tell if Giles can ever be the same, but if he does, many teams will regret passing on one of the top talents in the class.

Collins is the type of player that a team will draft in the hopes that they can mold him into an All-Star level player. It will take a lot of work to get there, however. Offensively, Collins crashes the glass and does a good job of using leverage to box out his man. He needs to clean up his jumper to be an effective outside shooter in the NBA. Right now, his footwork and shot are inconsistent, and he shoots with too little arc. Defensively, he has quick enough feet to keep his team afloat in the PnR. In the paint, he struggles, as his lack of length and weight makes it difficult for him to keep his position in the post. Collins could play both the four and the five in the NBA because of his quick feet.

These players are best suited as the worst starter on a playoff team, or a high-level player off of the bench. Most of these guys have the potential to start on a championship team, but they would have to maximize their potential to get there.

Allen is fairly raw on both ends of the floor, but he has tremendous upside if it all clicks for him. His elite length allows him to defend at a high level in the paint, and with increased effort and improved footwork, he could be helpful in the PnR as well. He needs to consistently show a better motor, as his inconsistency is a major negative in his game. On offense, he is effective around the rim, using his length to finish on hook shots over either shoulder. His jumper is almost a non-factor, as it takes way too long for him to get a shot off. His potential lies in his ability to protect the rim at a high level, while being an efficient post scorer and quality rim runner.

Jeanne is oozing with potential as a four or five in the modern NBA. My favorite international big in this class, Jeanne is a true boom-or-bust prospect. His elite length and wingspan allow him to block shots at a high level and allows him to get his shot off over anybody. At his best, Jeanne could be a serviceable shooter from deep, while protecting the rim and being a top-of-the-line rebounder. Right now, however, his shot isn’t as pure as it can be. His release is slow and he has a bit of a slingshot motion, but that can be fixed with proper coaching. If he can get his load higher in his motion, he will be a much more effective shooter. Jeanne is the kind of player a team will take and send to the D-League (err, G-League) to get proper development and extended minutes.

These players are bench bigs who can provide a particular skill at a high level. They could have a role on any team in the league, but they are isolated to being used in that singular role.

Collins doesn’t have elite size or length, but he has elite athleticism that more than makes up for it on the offensive end. Collins might be the best big man in the PnR in this draft class, using his athleticism to get to the hoop with ease when he rolls. He’s at his best when he’s the only big on the floor and given the lane to work, making him a five in the NBA. On defense, Collins doesn’t have an ideal fit given his lack of height and length. He will most likely have to guard opposing fives, given his low defensive IQ, but even then, his size will cause problems for him. He may be best suited as an energy big off the bench down the line.

Patton is going to have a niche in the NBA, even if his limited offensive game never develops. Patton is an effective shot blocker, rotating quickly from the weakside to get to the ball and at the very least, contest drives to the hoop. When Patton gets the ball on offense, he is usually looking to dish, unless he is running in transition, where he does a good job of finishing around the rim. He will be a five only in the NBA because he does not have the foot-speed to guard stretch fours.

Anigbogu didn’t see the floor a lot at UCLA, but when he did, he made a major difference. He is a high-motor player who made highlight reel blocks and dunks to get the crowd into the game. As a player, right now those are his strengths. Anigbogu uses his athleticism to score in transition on lobs as well as trailing missed shots. Right now, that’s the extent of his offensive game, as his jumper is almost nonexistent. Defensively, Anigbogu can switch most screens and stick with his man because of his elite athleticism. He moves his feet well when guarding wings, and when in the posts, his incredibly thick frame allows him to stop his man in his tracks. At his best, Anigbogu will be an elite rim protector and shot blocker in the NBA who can score around the rim at a high level.

Bell is another future role player in the league, and, like Anigbogu, he has the elite athleticism to maintain a constant place in the league. Bell uses his incredible athleticism to make explosive blocks and defend all five positions on the floor. He has good lateral agility, allowing him to stay in front of guards and wings, but enough of a vertical to defend post players. Bell is small enough to get bullied in the NBA, which will push him to the bench for most teams. He has a very limited offensive game, made up almost entirely of put-back dunks and tip-ins. Bell also crashes the boards on both ends of the floor, using his elite explosion to sky above opponents and grab rebounds.

Motley’s role in the NBA will be as a high-energy big man off the bench. His measurements disappointed at the NBA Combine, where he measured in at 6’8 3/4″ when he had previously been listed as tall as 6’11.” However, his monstrous wingspan will mask his lack of height on the defensive end of the floor. With more work and discipline, he could guard NBA fours at an average level. His money will mostly be made with his scoring and rebounding. He can rebound with the best, as he shows a high motor and a very good vertical when crashing the glass. Motley has the ability to score in the post as well, using his long arms and great athleticism to beat his man with a solid face-up game. His shooting stroke is smooth and quick, which shows some promise that he could extend it beyond the three-point line. If he were to do that, his value would increase substantially as an NBA player.

5 Reasons Zack Cozart Will Be Better Than You Think