Roto vs. Points Leagues: Why I Prefer the Latter and You Should, Too 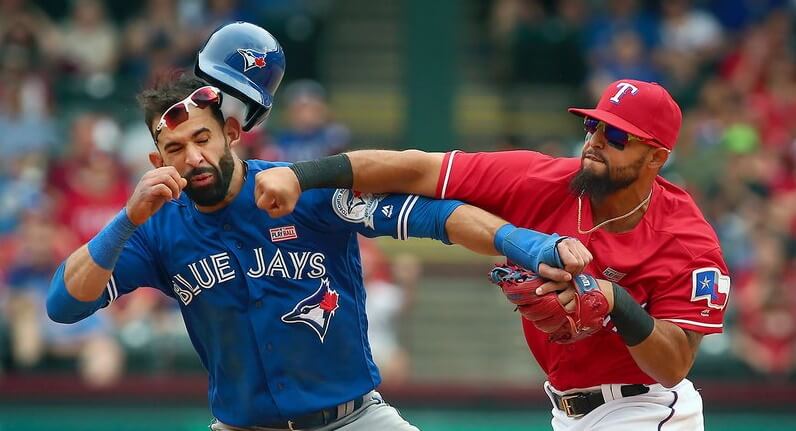 I get why rotisserie leagues are so popular. Really, I do. But has it happened to you that you are very far ahead, in the first place, and you stop paying attention weeks before the end of the season because you have a huge lead? The same is true if you have put yourself in an insurmountable eleventh or last place. Forgive me for what I’m about to say, but roto leagues can get very boring! Give me points league instead, or really, any head to head setting. I know I may be in the minority here, but for me, the roto vs. points league battle has a clear victor.

You can learn more about points leagues here. If rotisserie formats are more appealing for you, then give this a read.

Points leagues allow us to field a competitive roster without having to spread talent to cover all the categories, which is almost a necessity in roto formats. You can focus on the categories that net the most points. Strategically, you have more options. You can earn points via several avenues.

Roto leagues have no playoffs. They are a season-long marathon. Yes, no playoffs. You read that right. NO PLAYOFFS. Get the hell out of here! A rotisserie league can be decided as soon as August, what about the following weeks? Are we going to play Uno? Jenga?

I know, I know. “Rotisserie leagues are fair,” “there will be no undeserving champs” and so on… But taking the playoffs out of the picture is a no for me. I’m sorry. I fell in love with fantasy baseball because of head-to-head formats and the thrill of the postseason.

Managing in the postseason in head-to-head settings, including points, is a different animal. You have to navigate through so many things and variables, including special attention to callups, injuries, and teams resting their stars with an eye on the real postseason.

The presence of a postseason phase guarantees that the full season will require attention from most managers. Some are trying to secure a bye week and others are fighting for a playoff spot. The possibilities of a team being out of it several weeks in advance are, in my view, significantly lower. That is a point in favor of the points league in the roto vs. points league debate. See what I did there?

Head-to-head leagues almost force you to pay attention all season long, unless you are waaaaay ahead (and you have ensured a bye week) or waaaaaay behind that you can’t fight for at least the last spot for the playoffs, which is unlikely.

In points leagues, you get a chance to start your season turnaround each week if you score the W. That’s if you aren’t doing too well, which is the exact moment in which roto formats get even more boring. If you are in a good position in your points league, you’ll solidify your pursuit towards the objectives previously stated.

Skill, Planning, And Yes, Some Luck

Points leagues require skill to swiftly defeat the competition on a weekly basis, and then another tournament starts: the playoffs. It’s a whole different animal than the regular season. Yes, it involves more of the “luck” element that roto defenders hate so much, but the truth is that you can exercise your knowledge and your expertise to get a competitive advantage. It’s not all fortune.

The roto vs. points leagues debate can also be viewed from the prospects angle. These young players can have a much larger impact in points formats than in rotisserie settings, where three or four starts of a heralded pitching prospect likely won’t move the needle much, if at all, when standard leagues have a 1,400-inning limit.

If those three or four starts come in a hotly contested matchup in the middle of the pursuit for a playoff spot in August in a points league, well, the impact will be much higher.

Overall, I accept that roto vs. points formats is a legitimate debate. After all, most fantasy leagues are played under rotisserie settings. But next time you are going to invite me to join your league, make sure it is point-based, or at least head to head, okay?