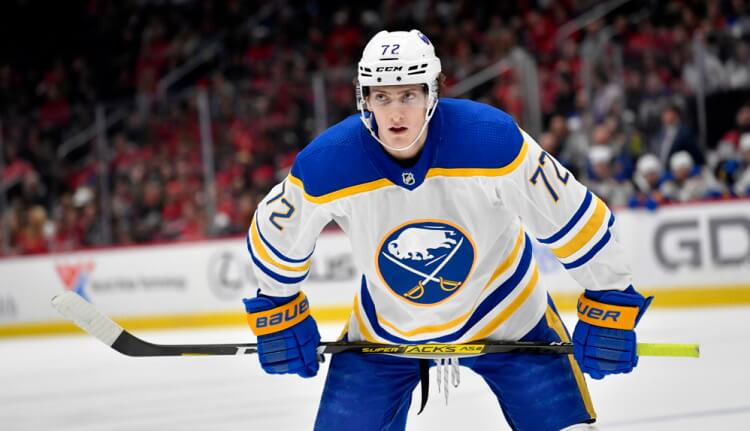 Connor McDavid and Leon Draisaitl keep the top two spots as the top two scorers in the league. David Pastrnak and Jason Robertson have climbed as the season progresses. Pastrnak is no stranger to being a top fantasy scorer, but Robertson is cementing himself as a premier player with his 26 goals and 55 points through 39 games.

Alex Ovechkin finds himself back in the top 10 rankings. His 28 goals are third best in the league, and he continues to light the lamp on his quest to become the top goal scorer in NHL history. Nathan MacKinnon recently returned from injury, ensuring his placement near the top. Auston Matthews, Nikita Kucherov, and Mikko Rantanen all stay in the top 10 as they continue to have successful seasons.

The most notable addition as a top-notch player is Tage Thompson. His 30 goals are second in the league, and his 55 points rank him third. He’s had not one, but two six-point games, including a five-goal performance. When he’s on top of his game, he’s as good as it gets. His dynamic play has boosted linemates Alex Tuch and Jeff Skinner into more formidable fantasy options.

Josh Morrissey is also having a phenomenal season. He’s picked up 43 points in 38 games, which is already a career high. He’s second in assists and points for defensemen, trailing only Erik Karlsson in both areas. Morrissey also brings value in peripheral categories, posting 16 power-play points, 61 shots, 41 hits, and a plus-12 rating.

These fantasy hockey rankings are based on the following categories: Goals, Assists, Plus/Minus, Shots on Goal, Power Play Points, Hits, Wins, Goals Against Average, Save Percentage, and Shutouts.

You can sort through the full 250 players by clicking NEXT or PREVIOUS at the bottom of the table.