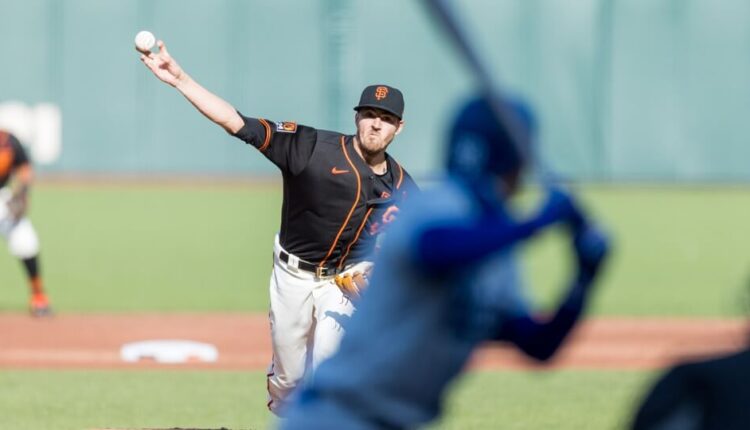 The MLB Offseason is in full swing and I’m here for all of it. Congratulations to all the award winners as MLB announced it’s end of season awards this past week. It’s always nice to celebrate the accomplishments of the major standouts at the end of every baseball season, even in this crazy season. In a season in which a global pandemic was occurring and we only had 60 games of data, it is incredibly hard to make assessments about players and their performances, and that includes Kevin Gausman, who I’ll be looking at in this article.

This offseason, I’ll be doing a series of articles looking at what went right, what went wrong, and the overall 2021 outlook for certain players. I can only take into account the data that has been given and use that to best assess what to expect from each player in 2021. This should be fun! Let’s dive into our next player in this series: Kevin Gausman.

What Went Right for Kevin Gausman in 2020

We know one thing: That is Kevin Gausman will be trying to replicate his successful 2020 into the 2021 season with the same San Francisco Giants. This was after “reportedly” turning down multiple multi-year offers to accept the 18.9 M offer from the Giants. Good for Gausman getting more than doubling his salary for this season. A big reason for his big pay bump? His nasty split-finger.

The split-finger began as something Gausman retooled with when moved to the bullpen in Cincinnati as his go-to offspeed pitch, and man has it been a great pitch. In 2020 Gausman recorded a .123 xBA, .196 xSLG, and .150 xwOBA. Gausman also allowed a soft 79 mph exit velocity, an over 45% whiff rate, and a 32.5% CSW (called strikes + whiffs).

This is no fluke as this pitch was also elite for Gausman in 2019, and the xstats showed us that same dominance. One of the big reasons it’s been so effective is the added vertical depth (0.9 inches drop above average) and it created a spike in his outs above average dating back to his time in the Cincinnati bullpen. This pitch is all that and a bag of chips.

Sometimes, an ERA even if it’s good does not tell the whole story. This year that was Kevin Gausman and his 3.62 ERA. One of the best ERA indicators is FIP (Fielding independent pitching). That shows how a pitcher’s ERA would look with everything that is in their control. His 3.62 ERA actually goes down to a 3.09 FIP. If we go into his xstats, Gausman’s 2.96 xFIP actually ranked 8th best in baseball (minimum 50 IP). This was ahead of names like Gerrit Cole, Trevor Bauer, and Clayton Kershaw.

What about Gausman’s SIERRA (Skill-Interactive Earned Run Average)? This will take into account balls in play and adjusts for them unlike FIP. His SIERRA was STILL lower than his normal ERA at 3.24. These numbers are all showing that Gausman may actually be underperforming his peripherals and could have been even better in 2020.

Whiffing Batters at a Career Rate

We all as analysts like to see the sexy parts of a pitcher’s game. What is more sexy than if they’re striking guys out? Let’s first look at Gausman’s K/9. I would say that’s pretty good as his 12.4 K/9 ranked 4th in all of the Majors. What about his swing and miss stuff? His 15.7% swing and miss rate ranked 5th in baseball. What about his overall strikeout percentage and whiff rates? He had a career-high strikeout percentage (32.2%) and whiff percentages on his fastball and split-finger.

There’s one other important part in looking at an increase in all these strikeouts. That is are they fooling hitters outside of the zone or O-Swing and O-Contact. Well, his O-Swing was actually down nearly 6% from 2019 but the BIG change was in his O-Contact. Gausman’s O-Contact was the 3rd best in baseball! His 47.2% O-Contact was behind only Jacob deGrom and Shane Bieber. That’s impressive.

One of the ways to best ways to fairly analyze a pitcher is to not always get quite as analytical but just sometimes look at splits. Kevin Gausman had success with many of the common splits that most baseball purists will look at.

Let’s look first how Gausman did pitching at home versus on the road. At home, Gausman accumulated a 4.09 ERA in 7 games he pitched at Oracle Park. While Oracle is known as a better-than-average pitcher’s park, he did EVEN better on the road with a 3.04 ERA in 5 games he pitched in.

What about the classic lefty vs righty splits? In a heavy left-handed NL West Division, he actually faced 115 LHH versus 111 RHH. Nearly an identical number of batters faced. He allowed half his home runs to each side of the plate and struck out 39 LHH compared to 40 RHH. He also allowed great batting averages against him from both sides with a .217 avg from lefties and a .225 avg from righties.

Lastly, let’s look at batting average each time through the order. An important aspect when looking if a pitcher will ever go more than 5-6 innings in a start.  These were his numbers for the first, second, and third time through the order: .182, .258, and .237 batting average. Gausman remained effective and didn’t completely blow up when seeing hitters for the second or third time.

What Else You Got?

We went over how great Gausman’s splitter was in 2020, but that’s not the only pitch in his arsenal that he used. Gausman threw his four-seamer nearly 50% of the time this past season, and it was not good to say the least. Gausman allowed a .300 xBA, .510 xSLG, and .365 xwOBA off his fastball in 2020. Not just that, but it had the highest exit velocity of any of his offerings and had a sub 25% whiff rate. This also was the pitch he allowed half his home runs off of, which correlated with the highest launch angle of all his offerings.

Now, this wasn’t all bad as Gausman did make strides with his fastball that were encouraging. 2020 marked the first time since 2016 that Kevin Gausman had a positive pitch value on his fastball and saw a 1.2 mph increase. This was his highest year-to-year velocity improvement and the first of more than 0.1 since 2015. There are signs this fastball is going to improve and as long as it’s maintaining its 95+ mph velocity, there’s evidence it will.

There are always going to be some concerns when taking pitchers that aren’t true aces. Whether it’s health, rotation security, or track record, there’s going to be some questions about how you value a pitcher. For Kevin Gausman, it’s understandable for those scared off some of taking Gausman in the area you will need to in the draft without a super long track record of this high strikeout dominance.

Once acquired by the Reds and put in their bullpen, he accumulated a 4.03 ERA in 22 1/3 IP and lowered his WHIP dramatically, while lowering his LOB% that plagued him earlier in his career. Ever since, he seems to be a new pitcher.

This all encompasses that his track record is spotty and using a pick on Gausman, you have to take that into account when drafting him knowing that there are risks he could return to the Gausman we knew not too long ago.

Outlook for Kevin Gausman in 2021

Gausman has had an up and down career to this point, to say the least. He went from a solid three-year run with the Orioles to getting traded and struggling mightily with the Braves. However, things seem to have turned around since 2019 when Gausman was a member of the Reds bullpen and those changes have lasted ever since.

That addition of his splitter in Cincinnati seems to have truly reinvented Gausman as a new pitcher. Gausman is currently going as the 42nd pitcher off the board in the 2EarlyMocks, around pick 140. For me, this is great value. Gausman has made this many positive strides for over a season now and looks to continue building upon his best season to date. I will gladly take him over Patrick Corbin, Marco Gonzales, and Dustin May to name a few of the names going ahead of him.

Gausman has the potential to be a good 4th starter on your staff that should provide a steady but solid return. While I don’t expect Gausman to be elite, he is projected as of this writing to be the ace of the Giants staff. This means he’ll be in line for plenty of starts and has a good ballpark to play in behind him. He also has an emerging Giants lineup to give him the opportunity at wins. Draft Gausman with confidence and satisfy the back end of your pitching staff.

Week 10 Review and What it Means Going Forward

Manny Machado: Can The Padres Star Build On 2020?