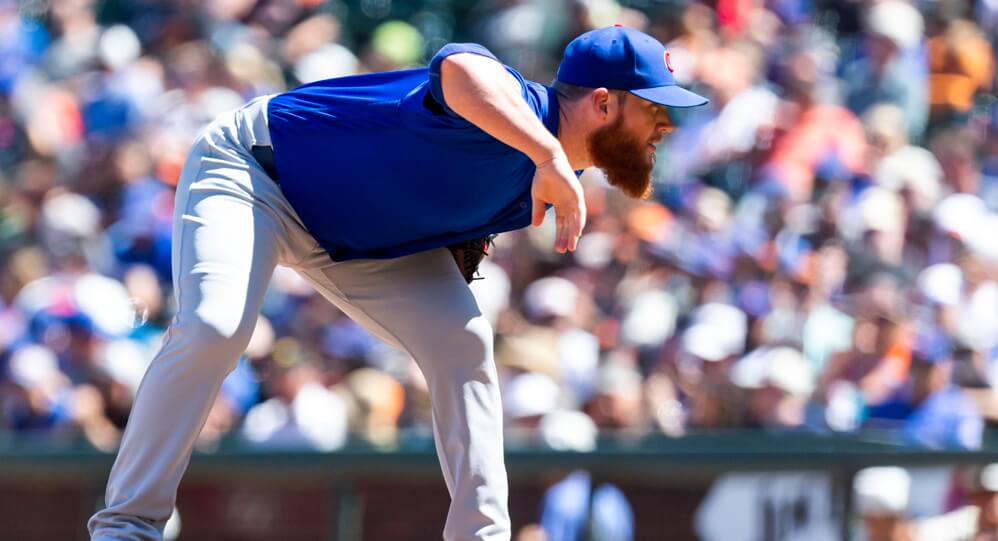 Welcome to another installment of my ROS (rest of season) rankings for fantasy baseball! Since it was a quiet week around Major League Baseball, I don’t expect to make many changes this week. Now that I think about it, that trade happened the other day. I should take that into account. And that other one too. No, not that one. The other one. No, the other one. Uh oh…

Seriously, this was far and away the wildest MLB trade deadline I can remember. Every single team made at least one deal, and 90 percent of teams made at least one trade on Friday alone. And many were major moves that involved high-caliber players and prospects. 10 players who were All-Stars in Denver last month now have new ballclubs to call home. I can’t help but chuckle thinking about the people who were on vacation this week and tried to go off the grid for a few days. Or my fellow old heads who remember the days when news regarding trades was relayed hours (if not days) after the fact.

I always try to preach that rest of season rankings are fluid, and that has never been truer than it is this week. A lot has changed since last week, to say the least. And even though the deadline has come and gone, more will change in the days and weeks ahead. Players will begin to settle in with their new teams, and many into new roles. That is especially true when it comes to bullpens. More than 25 percent of pitchers with at least 10 saves this season were dealt this week. That means that there are a lot of potential saves on the free-agent market. I would try to avoid blowing too much of your remaining budget on unknown quantities if possible, but many of us will have to spend now and hope it works out over the final two months of the season.

In 2011, there were 13 different closers with at least 36 saves and seven with at least 43 saves. Only 74 pitchers recorded multiple saves that season. As the decade progressed, many teams shifted the way they handle their bullpens. Primary closers are quickly becoming an endangered species, as teams continue to use multiple players to finish games. Mark Melancon is the only pitcher currently on pace to reach 43 saves, and there is a chance that no one else even gets to 36 this year. Meanwhile, there have already been 81 pitchers who have recorded at least two saves this season. Because of the abundance of options in many Major League bullpens, teams were all too happy to part with pitchers who had been important bullpen pieces over the first two-thirds of the 2021 season.

We have come to expect deals where a basement-dwelling club trades their closer to a contender, where he is doomed to be a middle reliever over the final two months. So the trades that sent Joakim Soria to Toronto, Richard Rodriguez to Atlanta, Ian Kennedy to Philadelphia, and Yimi Garcia to Houston were not a surprise. But several contending teams decided to move high-leverage relievers as well. Seattle announced they were in it to win it, while also trading their two save leaders. And to a division rival no less. Seattle shipped Kendall Graveman and Rafael Montero to the Astros. Montero had already lost most of his fantasy appeal once Graveman took over the closer’s role, but now Graveman joins him in fantasy limbo. Unless you are in a league that rewards holds, it is hard to have much faith in either guy going forward.

The Mariners then turned around and acquired former Tampa Bay Rays closer Diego Castillo. Following the trade of Graveman and Montero, it appeared Paul Sewald would step in to close for Seattle. Now it looks as though he will be setting things up for Castillo. It is not often that the team with the third-best record in baseball trades its primary closer, especially when that player is under team control for another three years. But most teams are not the Tampa Bay Rays. They used 12 different pitchers to record 23 regular-season saves last year en route to the World Series. It appears they will revisit that strategy over the final two months of the 2021 season. I included Jeffery Springs, J.P. Feyereisen, Andrew Kittredge, and Pete Fairbanks in this week’s rest of season rankings, but I don’t expect any of them to approach double-digit saves going forward.

Then of course we have the situations in Chicago and Toronto. The Chicago Cubs traded All-Star closer Craig Kimbrel to their crosstown rivals. Kimbrel can close for any team in baseball, but the White Sox already have one of the best in the business in Liam Hendriks. In fact, Kimbrel and Hendriks are the top two relievers on our Player Rater this season. Kimbrel is a great get for the Southsiders, but this could be a headache for fantasy managers. For now, I kept Hendriks where he was last week and dropped Kimbrel a few spots. I suspect that Hendriks will still get the ball in the ninth inning more often than not. But Tony LaRussa has used Hendriks to get more than three outs six times this season, including three times in July. I would anticipate that no longer happens until the calendar hits October.

The Toronto Blue Jays continued their quest for a playoff push with their acquisition of former Nationals closer Brad Hand. Hand has been one of the game’s most prolific closers over the last five years. And yet, I am not convinced he closes in Toronto. His 21 saves this season have masked what has been an underwhelming 2021. Hand is striking out just 22.5 percent of batters this year, and his xERA sits at 4.62. Meanwhile, Jordan Romano has been a solid contributor at the back end of the Blue Jays bullpen all year long. Romano has struck out nearly 30 percent of hitters while posting a 2.48 ERA and 2.62 xERA. I still have Hand ever so slightly in front for now. But Romano got the first save opportunity following the trade on Friday, and I would not be surprised if he kept the job.

Somehow, the Colorado Rockies were one of the three teams that did not make a deal on Friday. While seemingly every other organization in baseball was behaving as though the apocalypse was coming on Saturday and judgment day would depend on either the strength of their big league clubs or farm systems, interim general manager Bill Schmidt and company decided to just sit back and watch the world burn. (This is where I would insert the “Bold Strategy, Cotton” meme, except I’m pretty sure I used that a few weeks ago.) What is the opposite of YOLO?

Trevor Story was supposed to be one of the biggest prizes on this year’s market, but a deal never materialized. Story himself did not seem pleased about the developments, but his fantasy managers should be. He now gets to play up to 28 more games in Coors Field this season. That should keep his fantasy value high over the final two months of the season, even though he has disappointed so far this year. I expected other Rockies including C.J. Cron, Daniel Bard, and Jon Gray to be traded as well, but all will also remain in Colorado for now. That is better news for Cron than it is for Gray. Bard will at least get to remain a closer, which is more than we can say for a fair number of pitchers who were closing games at this time a week ago.

Thanks for checking out this week’s article. Be sure to check out Eric Cross’s updated Top Fantasy Baseball Prospects.