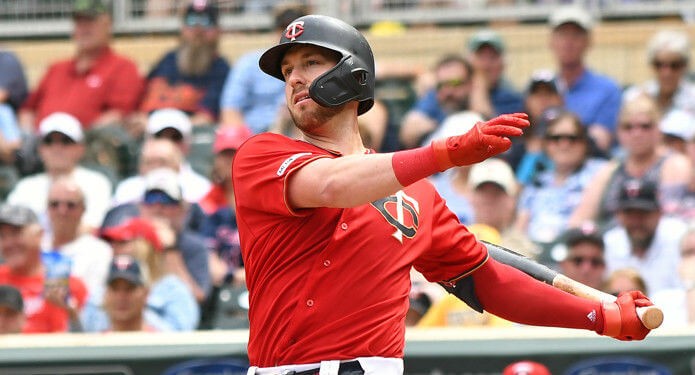 Catchers are a problem for many fantasy managers, and this season is no exception. According to Baseball Monster, Salvador Perez is the only catcher who has produced positive overall value based on his contribution in all five categories this season. Lest you think this is a new problem, consider this. The last time that more than two catchers posted positive overall value in a single season, the players who managed the feat were Mike Napoli, Yadier Molina, Wilin Rosario, and Victor Martinez. So yeah, catchers are problematic and they have been for quite a while. Yet we keep playing in leagues that require two catchers in each team’s starting lineup. SERENITY NOW!!!

The worst part is that by and large, fantasy managers got the position right this season. Seven of the eight catchers with the highest ADP currently rank in the top 10 overall at the position. If you went outside that top eight though, the terrain has been rough. Unless you grabbed Isiah Kiner-Kalefa (ADP – C21, current rank C2) or Buster Posey (ADP – C15, current rank – C3), it has been a minefield. However, things are looking up a bit for some backstops who have missed significant time this season. Here are a few catchers on the come who are beginning to rise a bit in my rest of season fantasy baseball rankings. They are still available in a fair amount of leagues and can be helpful in all formats down the stretch, particularly in those wonderful two-catcher leagues.

Catchers on the Mend

The Minnesota Twins activated Mitch Garver off the Injured List on Monday following a seven-week absence. Garver wasted no time getting the party started, launching solo home runs in his first two plate appearances. But before Mitch-a-Palooza reached the point where streaking through the quad became an option, Minnesota placed Garver on the paternity list. His wife gave birth to a baby boy on Thursday and all in the family are well. Congrats to the Garvers, especially considering the injury that just put Garver on the shelf for so long. Ouch.

Garver should return to Minnesota during their upcoming home series with the Detroit Tigers. The fifth-year Major Leaguer has prodigious power, as evidenced by his 31 home runs in just 93 games back in 2019. He currently ranks 11th in home runs among catchers despite ranking 41st at the position in at-bats. Only Eric Haase has hit a home run in a higher percentage of plate appearances among catchers this year. Garver is especially helpful in OBP leagues. He has a career walk rate of 10.7 percent, and that number is up to 14.7 percent this season. His .343 on-base percentage is 12th among all catchers with at least 100 plate appearances, and his .884 OPS trails only Buster Posey. I currently have Garver 13th in my rest of season catcher rankings, but he can move up the ranks quickly.

The reason Isiah Kiner-Falefa currently ranks second in overall value among all catcher-eligible players is that he runs. His 15 stolen bases this season account for nearly 30 percent of all swipes by players eligible at catcher. Enjoy it while it lasts, because Kiner-Falefa will no longer be catcher-eligible after this season. Enter Daulton Varsho. Varsho stole 40 bases over 191 Minor League games between 2018 and 2019. In 101 MLB at-bats last season, Varsho hit .188 with three home runs and three steals. Despite the rough numbers, the specter of a catcher with speed was too great for fantasy managers to ignore. Varsho had an ADP of C12 this offseason. Coming into this weekend, Varsho had 101 at-bats on the year, in which he posted a .188 batting average with three homers and three stolen bases. Hey, at least he’s consistent.

The good news is that Varsho is on a bit of a heater. He has homered in three consecutive games and has four straight multi-hit efforts. Carson Kelly began a rehab assignment this week as he recovers from a wrist injury and could be back soon. However, I still expect Varsho to get a fair amount of run over the final two months of the season. Arizona has nothing to play for, and Varsho can also play the outfield, which should increase his playing time. If nothing else, the 15 games Varsho played behind the dish in Kelly’s absence allowed him to hit the magic number of 20 on the season. That will give Varsho at least one more year of catcher eligibility in most formats, which means we will all be fighting over his 91st percentile sprint speed once again next winter. Good times.

The San Diego Padres activated Austin Nola off the Injured List on Thursday following a two-month absence. At first, the injury was categorized as a knee sprain, and Nola was only expected out a few weeks. But the healing process took longer than originally anticipated. Nola was a highly productive fantasy catcher in Seattle during 2019 and 2020. During that stretch, he had 15 home runs and 50 RBI while posting a .280 batting average in 108 games. However, Nola has fallen off a bit since being dealt to San Diego last August. The former Mariner has hit just .209 in 39 games over two seasons in San Diego, adding just three home runs.

Even though he has struggled as a Padre, I still think Nola is worth an add in most formats. He did not suddenly forget how to hit following last season’s trade. The Padres have scored the second-most runs in the National League, so any available pieces in that offense have value. Victor Caratini has not done enough in Nola’s absence to warrant the majority of playing time going forward. Caratini has an 81 wRC+ (weighted runs created plus) in 80 games this season. Even with Nola’s struggles, he has still posted a 103 number in that metric this year. Nola can also move around the diamond, which could add a few more plate appearances here and there. Though to be fair, that would be of greater use on a team that didn’t already have a bunch of interchangeable parts.

Travis d’Arnaud has been out of action since May 1 when he suffered a torn ligament in his left thumb. But he began swinging a bat a couple of weeks ago and has accompanied the team on its current road trip. Those are signs that a return to action is on the horizon for the 32-year old. I had the Braves’ backstop ranked sixth heading into the season mainly off the strength of his 2019 and 2020 campaigns. Even I will admit that his .321 batting average last season was a bit fluky. His .411 BABIP last season was clearly an outlier, as his previous career-high was .293. But the power is real. From 2017 through 2020, d’Arnaud slugged 42 home runs in just under 1,000 plate appearances. His hard-hit and average exit velocity metrics were among the very best in baseball last season, regardless of position. 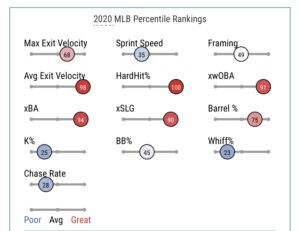 Recent reports suggest d’Arnaud could return to Atlanta’s lineup in early August, but I think it is more likely he is back by the middle of next month. So the decision on whether to grab him may depend on your roster flexibility. But if you have the means, I would highly recommend doing so. Atlanta has used six different catchers to try to replace d’Arnaud, but none of them have stuck. They are still in the thick of the NL East race and will need all the offense they can get with Ronald Acuna out for the remainder of the year. d’Arnaud should immediately slot into the middle of Atlanta’s lineup once he is medically cleared. I currently have d’Arnaud just inside the top 20 among catchers in this week’s rest of season rankings, but he will continue to climb as his return draws near.