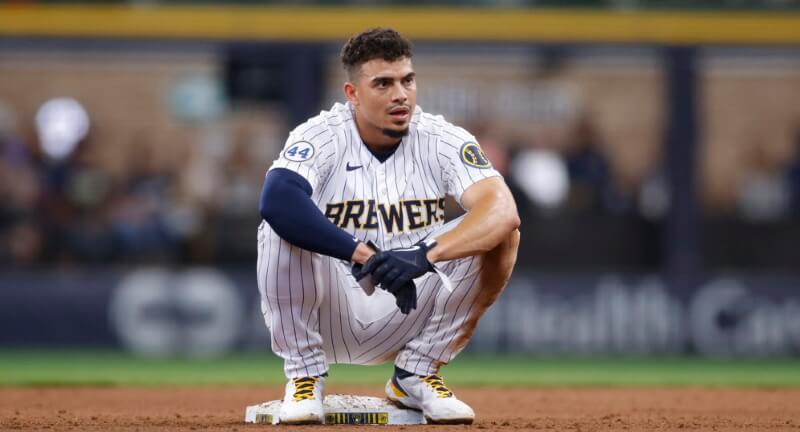 When the Tampa Bay Rays traded Willy Adames to the Milwaukee Brewers nearly three months ago, most of us believed that the player most impacted from a fantasy perspective was not involved in the deal itself. I immediately bumped Wander Franco in my rest of season rankings, without giving a ton of thought to Adames. To be fair, prospects like Franco do not come along every day. And though the Rays did not call Franco up for another month, the fantasy community waited with bated breath. But a funny thing happened on the way to Franco becoming the next great fantasy shortstop. Adames began to realize his potential. Since his first day as a Brewer, Adames has been the 23rd most valuable player in fantasy baseball, per Baseball Monster. Not the 23rd best shortstop or 23rd best hitter. The 23rd best PLAYER. Yes, that Willy Adames. In his case, the change of scenery has quite literally been the catalyst.

Adames enjoyed a solid start to his Major League career. He hit .278 with 10 home runs back in 2018. Adames did not have pronounced home and road splits that season. But that would change the following year, and for good reason. Tampa Bay altered the lighting at Tropicana Field in 2019. Over the next two seasons, there was a massive difference in Adames’ home and road production:

That trend followed suit in the early stages of this season. As a member of the Rays, Adames hit just .156 at home. On the road, he hit a much more palatable .235. He also unsurprisingly had a huge disparity in his walk and strikeout totals at home versus the road. From 2019 through the time of the trade, Adames had a 25.1 K-BB% ratio at Tropicana Field and an 18.7 percent mark on the road.

Tropicana Field has historically been one of the more difficult parks in which to hit. Over the last three seasons, it has the lowest park factor for total offense and runs scored, while accounting for the largest strikeout rate, per Statcast. A move anywhere would have benefited Adames, and Milwaukee seems to be a solid landing spot. American Family Field has not exactly been the hitters’ haven that its reputation suggests. For right-handed hitters, it has lower hits and singles factors than Tropicana Field does. But it is an above-average park for hitters overall due to it having the sixth-highest park factor for right-handed power.

Adames may never be a .300 hitter in Milwaukee, but his numbers should be a bit more consistent than they were in Tampa. He has been a catalyst for the Brew Crew ever since his arrival. Adames has the 11th highest offensive WAR in all of baseball since his first game as a Brewer. He also ranks sixth in defensive WAR and third in total WAR during that stretch. He has hit near the top of the Brewers lineup and has picked up some of the slack that Christian Yelich has been unable to bear due to a slew of injuries and inconsistent play.

I currently have Adames just outside my top-100 overall in my latest rankings. That may be a tad low given his outstanding performance as a Brewer. I expect a little bit of pullback mostly because Milwaukee does not have the most hitter-friendly schedule down the stretch. They only face the Chicago Cubs three more times, and finish their season series with the Pittsburgh Pirates this Sunday. Milwaukee will play the St. Louis Cardinals 13 times over their final 43 games. With the recent return of Jack Flaherty and the age-defying performance of Adam Wainwright, the Cardinals could be a tough test for Adames over the final quarter of the season. Having said all that, Willy Adames has been an absolute steal in fantasy this year, and fantasy managers should continue to ride the wave.

These are indeed the dog days of summer, but this week featured some cool happenings around the Major Leagues. We saw two MVP candidates square off in a rare, head-to-head battle when Shohei Ohtani pitched against Vladimir Guerrero Jr. and the Toronto Blue Jays. White Sox shortstop Tim Anderson hit a walk-off home run into a cornfield during Thursday’s Field of Dreams game. And Diamondbacks rookie Tyler Gilbert gave the worst team in the Majors its best highlight of 2021 when he no-hit the San Diego Padres in his first career start. These occurrences are a reminder that even though there have been nearly a quarter-million official MLB games played throughout history, you never know what can happen on any given day at the ballpark.

I’ll spare you the James Earl Jones speech, but baseball is a beautiful game. Sure, the sport has its flaws, and it is not exactly the same game from an aesthetic and stylistic standpoint that many of us remember fondly from generations past. But we should take time to appreciate the beauty in its many forms. And baseball is still high on the list for many of us, so let’s try to enjoy it a little more.