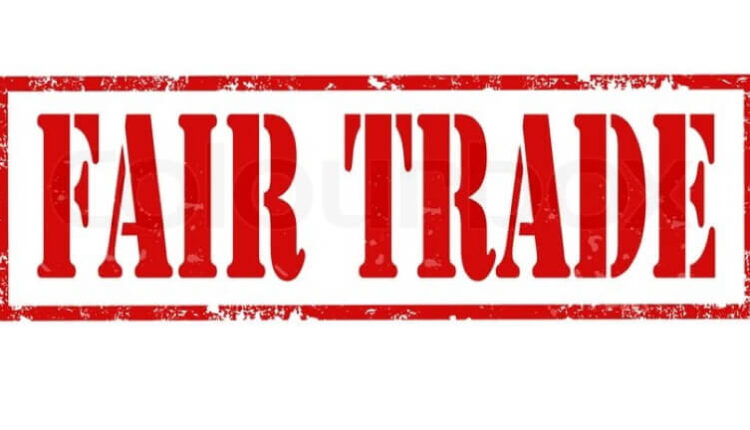 As a commissioner of over 30 leagues that seem to all have an August 31 trade deadline, the end of the month was crazy as barely 10 minutes would pass for a few days without a push notification of some trade being agreed upon in one of those leagues. Leading up to the August 31 deadline there were approximately 55 total trades in the 48 hours leading up to the midnight eastern deadline.

Now we certainly won’t go through all 55 of those (you’re welcome I hope), but we will break down a couple of interesting trades (anonymously) in Part 2 of this article next week.

Before I dive into that though, I want to go back to something I teased in an article I wrote right after the MLB trade deadline. At this point, most of you are past, in some cases well past, your trade deadline, so take these into the offseason in keeper/dynasty leagues or heading into next year. Or, if unlike me you play in other fantasy sports, these should translate to your football, hockey, college football, basketball, and soccer leagues.

One of the odd perks of being a commissioner only for so many leagues is every once and a while you get to hear about the trade chatter in a league as it’s going on since a manager telling you about something doesn’t impact their team or competition. When you tell someone you are trying to make a trade for a player in a league where that person also plays, they may run out and try to get that player first – not when the commissioner doesn’t play!

This peek behind the curtain took shape in a way that I had never had before on deadline day. I’m in a group text with a couple of friends who are in one of the leagues that I run. We were just chatting baseball and about the league standings, and then some trade talk evolved and I was in the fun position to witness the entire trade talk and development go down as a third party. It was, quite honestly, really entertaining. I’m not sure if that says more about me and how boring my life is or just that trades are fun.

Regardless, this trade involved some very talented players – not elite – but really good. But regardless of the players involved – what really struck me was how well the conversation modeled what a good trade talk should really look like.

First off, the conversation was civil – the two managers exchanged names, talked about the core pieces of the deal they wanted, exchanged how they view players, and just honestly setting forward guys that they liked and those that they didn’t. It’s always important in a trade talk to know how the person you are working with views a player and if there is a discrepancy so that offers are fair. It was also clear in this conversation that no one was trying to pull something over on the other person or “win” the deal. Both of these managers wanted the other to be happy with the trade and make a good deal. Usually, if both managers are torn but also like the deal, it’s balanced.

The best fantasy trades happen when both sides get what they want/need, and this is far more achievable than many managers seem to think – especially in dynasty and keeper leagues where injured players or minor leaguers can be very valuable for a team out of contention this year but unhelpful for that team trying to win the league.

Another component that was central was mutual respect. You may enter a trade thinking you are the smarter/more knowledgeable/better fantasy manager. You may have seen the manager you are trying to make a trade with make a “bad” trade or a trade you disagreed with and think you can also take advantage of that manager. Here’s my advice – stop thinking like that. You may indeed be smarter, you may know more, you may be able to get a trade that many would see as unfair. That does not mean you shouldn’t respect the other person. You can win a deal, you may even get the best side of a deal – I won’t tell that if you get a deal that makes your team stronger to not take the deal – but you can do it without being disrespectful or a jerk.

And that was what I saw in this conversation – there was respect between the two managers, not just because they know they are talking to a fellow smart and sharp manager, but because they act that way with all managers.

Finally, what I noticed was that they kept the talks moving forward, moving the pieces around the periphery of the deal in and out as needed, yielding where needed and appropriate to get the core of the deal done, maybe including a prospect that they would have preferred not to, but not something worth breaking the trade up over and making progress. Even as some of the players involved were also in other trade talks, the managers kept the lines of communication open and active. Indeed – with the other trade talks, the managers also made sure to give the team a chance to beat the deal. It didn’t come to that, but it is always good if discussing a trade with multiple managers, to be honest about that and give teams a chance to give a “best and final” offer.

But perhaps what stuck out to me more than anything, was what the trade talks didn’t involve. What we’ll cover next are trade habits, rhythms, and practices that I don’t enjoy, but that I have seen, experienced, been told about, and, throughout my development as a fantasy manager, almost certainly pulled off some of them to my shame.

Before I go into those though – a video example.

While Jake is, I’m pretty sure, talking about Fantasy Football, the same applies to fantasy baseball. And don’t be this person.

Don’t bring someone an offer that you would never even think about accepting if roles were reversed (see the section on respect). Don’t then try to build upon that bad offer by adding more bad pieces around it. If the person with the sandwich doesn’t want the core piece of your deal, then stop and reset. If a person tells you no – I’m not trading that player, or no I don’t have any interest in the player you are offering, at least in this deal, then don’t keep sending the same offer.

Even if being annoying and persistent sometimes does get a trade done, just don’t be that sort of trader. It’s much better to realize your offer is bad, or at least insufficient, and start with a different starting point to, again, develop a trade both people want. It’s of course possible that the difference of opinion on some players makes a trade impossible to agree on – that’s alright, there’s no point in wasting either person’s time trying to make offers no one will ever take.

Now, I will say there is a fine line to being persistent. There have been plenty of times where I’ve had to follow up on trades with someone and check in with where we’re at in terms of negotiation, but I do my best to make sure that that is a genuine status check, not a push. This is certainly easier when you know members of your league and know the people who tend to just get busy and forget. Sometimes a reminder is just helpful for that manager to look at a proposal since life got busy and they didn’t get a chance – I know I’ve had that happen and appreciate the reminder to look at the trade. (And, if you’re pushing the deadline of course timeliness has an impact.) But – that is different from continuing to send slight iterations of the same bad deal, or pushing someone so, as in the video, they give in simply because they want to be left alone. Don’t bully and pummel people into submission on a trade (and if someone is just constantly trying to do this talk to your commissioner).

Another thing I didn’t see in this trade was correcting. Neither of these managers told the other that they were evaluating a player wrong. While they did disagree on some players and their evaluation, they never tried to tell the other person why they should want the player on their team and why they were actually really really good and that their recent performance (or under-performance), etc was actually not a good indication of what they could and would do going forward.

Now, I want to be clear – I’m not saying that you should never accept a trade that benefits you more than the other manager(s). In fact, in the trades that we’ll explore next week I’m sure some of them you will say you prefer one side or the other, some you may straight out not understand why they happened. That could arise because they were bad deals, because of the context of the league, or for any number of reasons (especially since I don’t veto trades almost ever as discussed here).

You may also have read this and say why would I not do all the things you said to not do – I’ve done that for years and it helps me win the league. True – it may. And you certainly don’t have to listen to me! However, as a commissioner and fellow fantasy baseball player, I can tell you this – it’s more fun when good and fair trades are made and, for dynasty/keeper leagues in particular, it is much better for the league’s longevity and competitiveness when trading is good and competitive. Of course, if you don’t play for fun at all or for the relationships and it’s all about the money, first – I feel sorry for you and second then sure, go ahead and be a bully, but eventually, no one will want to touch trading with you so even if it’s self-serving – it may be good to heed at least some of my advice.

Two-Start Options for the Week of 9.6.21: Tough Decisions Need To Be Made