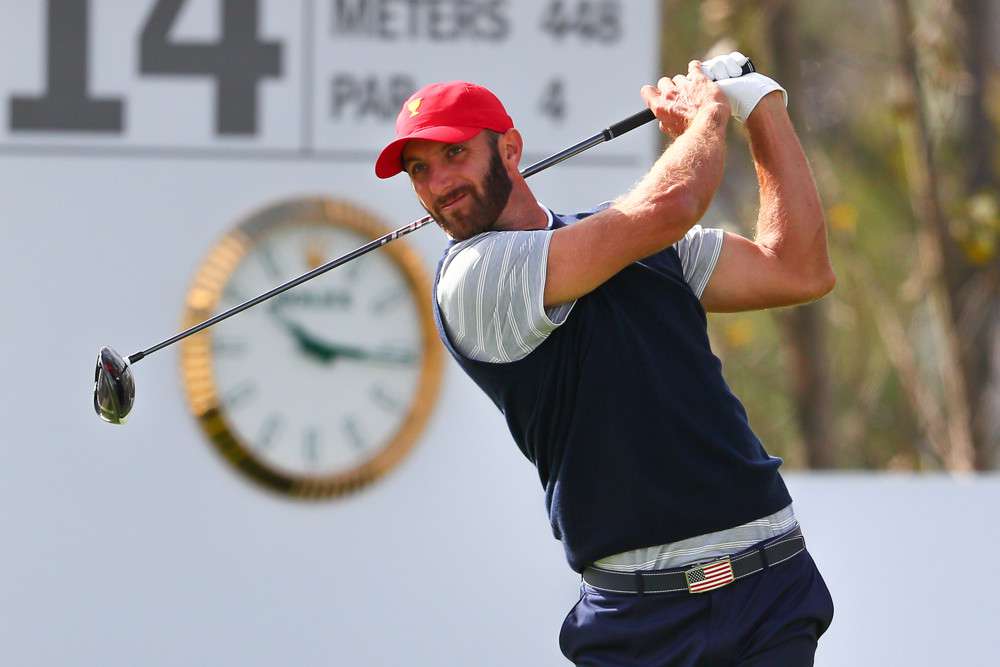 Last week at the Masters, we saw Patrick Reed take home the green jacket with a very nice score of 15-under. Rory was in a prime position to make a run at Reed heading into Sunday, but it was Spieth, Fowler, and Rahm stealing the show for a run at second-place. Spieth nearly tied the record of 63 for the lowest single round at the Masters.

It’s going to be very hard to top a tournament like that (The PLAYERS Championship is set for May 10th), but the show must go on! Up this week is the RBC Heritage Open. Defending champion Wesley Bryan took the win by a stroke over Luke Donald. Heavy betting favorite Dustin Johnson (South Carolina native) makes the trip this week, which is very good for one of the smaller tournaments on TOUR.

As long as you stay out of the trees on this course, players will be able to “play their own game” this week at Harbour Town. You can go any route off the tee here as long as you are accurate and are hitting greens. The coastal design calls for a windy experience, which also puts emphasis on course management. Like always, strokes gained: putting is a magnified component, with scrambling, strokes gained: approach-the-green, and a strong iron-game all being important.

Dustin Johnson: When you’re first in the world, you get ranked this high. Even if you haven’t appeared here since 2009. In two trips, he has missed the cut both times, but this long of layoff could have given him time to reset. Being one of the TOUR’s longest hitters, DJ won’t be using the driver much this week, which will level the playing field a bit. He ranks 32nd in scrambling and 24th in GIR percentage, so just an average putter will put him in contention.

Luke Donald: Sure, the coastal-design and windy factors would look very familiar to Donald, who is a European Tour regular and UK native, but the fact that he has played so well here with no wins is particularly odd. Since 2009, Donald is perfect here with nine cuts made, including, FIVE runner-up finishes, two third-place finishes, and another T15.

Brian Harman: The lefty Brian Harman has made six-of-seven cuts here with notable T7s and T9s in 2014 and 2017, respectively. He’s quietly been one of the most underrated golfers on TOUR so far this season. Did you know he ranks 10th on Fantrax when ranked by default scoring? He’s made 11 of 12 cuts this season with seven top-10s, eight top 25s, and a third-place finish at the Sentry back in January. He’s also seventh in SG: putting, fifth in GIR percentage, and 14th in birdie average.

Kevin Kisner: Kisner has three bad missed cuts at some pretty big stages this year (Pebble Beach, Honda Classic, and the API), but he does rank well in certain areas. He’s eighth in SG: putting, fourth in going for the green – hit green percentage, and is coming off a T28 at the Masters and a runner-up at the WGC-Match Play. Kisner has notable finishes here of runner-up (playoff loss) and T11 in 2015 and 2017, respectively.

Matt Kuchar: The 39-year-old Matt Kuchar is the model of consistency. Kuchar won here in 2014, which also comes with a whopping 14 cuts made here with another five top-10s. He’s also perfect on the season, going 10-for-10. Kuchar has a T5 at the WMPO, a T9 at the Match Play, and a T8 at the Houston Open. You can erase the T28 at the Masters from your memory (which isn’t even that disappointing anyway.)

Webb Simpson: Webb has seven straight cuts made here and has improved the putter greatly since then. He currently has the 10th best ranking in SG: putting and has missed just one cut this season while quietly posting three top-10s and six top-25s. Simpson lost in a playoff here in 2013.

Paul Casey: You might want to see a better track record than just three top-25s from 2009-2014, but like Donald, the course plays into Casey’s game. He’s made all nine cuts so far this season while not placing any lower than T49. His last three outings show us a win, a T17, and a T15 at the Masters, which could’ve been a lot better if he didn’t start out 74-75 and then finish 69-65. He’s second in SG: tee-to-green, ninth in SG: approach-the-green, and eighth in scrambling.

Charley Hoffman: Hoffman owns three top-15s here in eight starts and is 8-for-11 in cuts on the year. The 41-year-old doesn’t show much consistency with four finishes at T20 or better, but another four finishes at T26 or worse. He’s coming off a T12 at the Masters where he had a hole-in-one on the 16th hole.

Marc Leishman: His ninth-place finish at the Masters was looking a lot better until he closed the weekend at 73-70. He’s placed in the top-10 just once here with a T9 in 2013 in eight trips, but he’s becoming a bigger force on TOUR. His 10 cuts this season come with five top-10s and five top-25s. Leishman is 15th in birdie average and 33rd in scoring average this season.

Cameron Smith: There’s a possibility that many people haven’t caught on to Cameron Smith just yet. He’s not exactly a sleeper anymore, but there’s a chance you could catch the competition napping and here’s why. Although he missed the cut at the API, Smith has 10 other cuts made in 11 tries with back-to-back T5s (WGC-Match Play and the Masters). He has a total of five top-10s, eight top-25s, and a third-place finish at Nine Bridges back in October. The 24-year-old Aussie finished T15 here in 2015.

Russell Knox: Another golfer from across the pond, the Scotland native has made 10-of-13 cuts this season and is 4-for-4 here with all four finishes being T18 or better. This also includes a T2 in 2016. Knox is 18th in GIR percentage and 29th in proximity to hole.

Adam Hadwin: Hadwin has back-to-back sleeper nominations, and his T24 at the Masters will keep him here for me. He’s played here three times, and his finishes here could be better (CUT, T30, T22), but his putter and swift green-hitting play will keep him afloat. He’s 23rd in SG: approach-the-green and is a great ball-striker. The Canadian is 12-for-12 in cuts made this season with six top-25s and three top-10s.