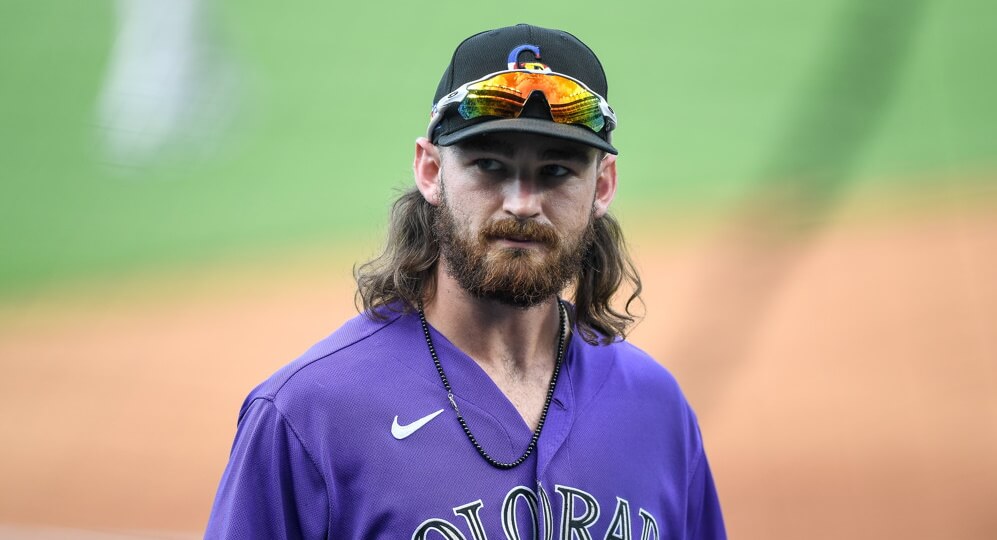 OBP leagues are becoming increasingly popular in the Fantasy Baseball community. Most Fantasy Baseball rankings are for traditional 5X5 categories that include AVG, Runs, HR, RBI, and SB for hitting. Therefore, if you play in an OBP league, it is important to understand which hitters gain or lose value in that format.

If you play in a dynasty league, you also know the importance of prospects. Having a great farm system can help you replenish your Major League team with time. To have a great farm system, you need to understand prospect rankings. A great place to start is with Eric Cross’s “Top-250 Fantasy Baseball Prospects.” Building off of Eric’s list, I have broken down five hitting prospects who may not be as valuable as you think in OBP leagues. This article is not to talk down on any prospects, as these are all great players. But understanding a prospect’s value in an OBP league could create a selling opportunity for you if your opponents are not familiar with the prospect’s pedigree. With that being said, let’s take a look at these prospects who lose value in OBP leagues.

At one point in Royce Lewis’s career, he was ranked as a top-five prospect in baseball. Unfortunately, 2019 was not a kind season to Lewis and he fell out of favor with many evaluators. But, last season’s Arizona Fall League showed he still possesses all the tools to be a great player in the Major League.

Lewis once showed the ability to walk at a high rate as you can see in the chart above, but something interesting happened about a month into the 2019 season. His strikeout rate spiked and his walk rate plummeted. Both statistics began to regress toward his career average, but upon his promotion to Double-A, Lewis’s strikeout rate increased again. Those are not trends that you want to see from a top prospect and ultimately hurt his value in OBP leagues.

Unfortunately, Lewis has not had a Minor League season this year to show things he has been working on at the plate. The 2018 season or the MVP we saw in the Arizona Fall League is what many hope to see moving forward. Reports out of the Twins training site have raved about Lewis’s work ethic. Many scouts and prospectors still believe in him, including me. I say this to suggest that someone in your league is still likely very high on Royce Lewis. If they are unaware that Lewis could be of less value in an OBP league, it could be an opportunity to sell and get a great return.

Drew Waters has all the tools necessary to be a great Major League Baseball player. The switch hitter has the power and speed could lead to him being a 20 HR/20 SB contributor for the Braves. Waters is also athletic enough to play any of the three outfield positions. From a Fantasy Baseball standpoint, Waters has all the tools to be a successful player in standard 5×5 leagues.

Despite his high ceiling, Waters has really struggled with his plate discipline, especially as he has progressed through the Braves’ Minor League system. He has historically had a low walk rate throughout his professional career, but the strikeout rate really spiked upon his promotion to Triple-A. His walk rate is just under seven percent for his career, which is not terrible but is below-average. Players who strikeout at a high rate and walk at a low rate usually have a low success rate in the Majors. I am not calling Waters a bust, but he does lose value in OBP leagues.

Brendan Rodgers’ loss in value goes well beyond just OBP Leagues. Rodgers was once one of the top prospects in the game but has dropped significantly thanks to catching a case of prospect fatigue. We can rant all day long about how poorly the Rockies manage their young hitters, but at this point, it is what it is.

Rodgers has not had a consistent chance to contribute at the big-league level. At this rate, he will still have prospect eligibility in 2022. While I am slightly kidding, it is a sad reality. With consistent playing time, Rodgers can be a special player, especially with his home games in Coors Field.

In OBP leagues, Rodgers does take a small hit to his value though. In his MILB career his walk rate sits right at 6.5 percent. That walk rate is below average, and Rodgers can go through streaks where he is walking at a ten percent rate, but also stretches where he walks two percent of the time. While it is still a small Major League sample of just 102 plate appearances, Rodgers has walked just four times. There is always a chance Rodgers plate discipline does improve, and the same goes for every hitter discussed here, but for now, Rodgers does lose value in OBP leagues.

Tyler Freeman is an interesting player for prospectors to try and rank. Depending on the list, you can find Freeman ranked inside the top 50 or outside the top 100. While he has an above-average hit tool and speed, Freeman’s power is slim to none. Last season, in 547 plate appearances between two single-A levels, Freeman hit .306 with three home runs and 20 stolen bases.

Freeman owns an impressive strikeout rate that in under nine percent for his career. On the flip side, his walk rate comes in as one of the worst in MILB right around four percent. Freeman did show stretches last season where he was walking over ten percent of the time, but his valleys were also barely above two percent. If Freeman can grow into more power, he can be a solid Fantasy contributor, given his hit tool and speed. Unfortunately, in OBP leagues, his low walk rate hurts his value.

There was a lot of hype surrounding the call-up of Red’s shortstop Jose Garcia last week. Some in the industry are much higher on Garcia than others. Much of his real-life value comes from his elite defense and strong arm at the shortstop position. When it comes to Fantasy value, Garcia has an average hit tool and below-average power, but plus speed.

Currently, Garcia projects as a hitter who could grow into 15 home run power with 20 steals. The average could settle in around .260-.270, but unfortunately, his OBP will likely be low if he does not improve his plate discipline. Garcia’s career walk rate in the Minors is right at 4.5 percent which is well below average. He will likely get every chance to stay in the lineup thanks to his glove and range and shortstop but from a hitting standpoint, I do not see Garcia being a huge Fantasy contributor. It is possible that Garcia begins to walk more as he has never played above Single-A prior to his promotion this season. But for now, Garcia does lose value in OBP leagues.

In case you missed it, last week I wrote about “Prospects Who Gain Value in OBP Leagues.”