Prospect To Stash: May 20th 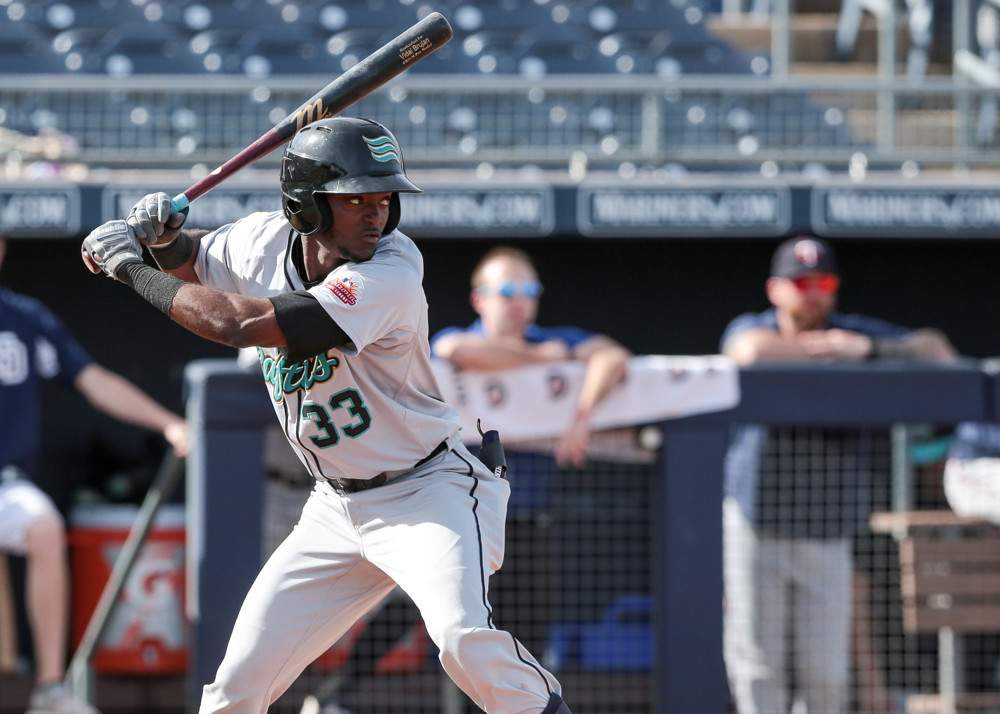 Now that Jarred Kelenic has been righfully summoned to the Major Leagues, the fantasy baseball world turns it attention back to the prospect world and asks the age old question, “Who are the best prospects to stash?” Stashing prospects can be a risky endeavor in shallower leagues as roster spots are more valuable than in deeper leagues, so you really need to look at your league, current team setup, and determine if you have the roster flexibility to stash one or two of these names. If you can, these are the 10 names I would consider first.

*All stats through May 19th

This one remains blatantly obvious. If Wander Franco isn’t stashed in your leagues, you should change that in a hurry and consider finding a new league next season. Now that Jarred Kelenic is up with Seattle, Franco is the best prospect in the minors (some would argue he’s even more valuable than Kelenic) and has been excelling at Triple-A to open the season to the surprise of absolutely no one.

Franco is hitting for his usual high average and is hitting for the most power of his young career, posting a career-best .300 ISO thus far. A big reason for this has been the 16.2% increase to his fly ball rate from 2019. Wander can do it all and it’s hard to imagine a future that doesn’t have him up by the end of June. The Rays have been playing him as 2nd and 3rd in addition to shortstop as well, which signals they’re trying to increase defensive versatility to get his bat in the lineup ASAP.

If anyone was skeptical that Jarren Duran’s power gains last year at the alternate site were for real, he’s silenced those skeptics in a major was this season. After cranking a trio of taters with a .702 SLG in spring training, Duran has added five more in Triple-A through only 59 plate appearances. This power infusion has really buttered up his already enticing hit/speed profile, making him a highly desirable prospect to target for fantasy purposes. There’s not much in his way at the Major League level either. Currently, Franchy Cordero has been starting semi-regularly for the Red Sox and currently sports a .167/.222/.226 slash line with a 37.4% strikeout rate. It shouldn’t be long before we see this potential fantasy dynamo join an already strong Boston lineup.

Jarren Duran with his 5th blast of the season for the @WooSox.

The @RedSox outfielder is fresh off being named to our Prospect Team of the Week: https://t.co/Stdsuu78e8 pic.twitter.com/QiUoiFlrWC

You can basically copy and paste what I said about Duran above. Entering 2021, Vidal Brujan was a highly-touted prospect based on his plus hit tool, phenomenal approach, and electric speed. Those tools are all still there and he’s added power to the mix as well. Wasn’t that nice of him? Brujan swatted his 6th blast of the 2021 season last night in just three weeks of action. For reference, Brujan’s career-high is nine back in 2018 and he only had four in 2019 in 99 games. With his bat speed, torque, contact skills, and ability to elevate, this power surge isn’t overly surprising. Brujan profiles as a potential difference-maker in fantasy leagues and isn’t far off from getting that call to Tampa. Like with Wander, Brujan has been getting moved around the field in preparation for a promotion to help a sluggish Tampa Bay lineup.

Vidal Bruján rips the first pitch he sees for his sixth homer of the season for Durham. pic.twitter.com/M9UdKYe7Th

Season Stats: Has not played

Where the bleep is Sixto Sanchez? That’s the question on everyone’s mind as the electric right-hander has yet to make his 2021 debut due to a shoulder issue. The latest reports say that Miami is targeting a return sometime in June for Sixto, but reports have been quite vague throughout the whole process. At this point, some have moved on from Sixto in redraft leagues to free up a roster spot. If you’re not in the midst of a similar roster crunch, adding Sixto right now would be a wise move. The flamethrowing righty posted a solid 3.46 ERA during his rookie season and possesses three plus offerings with above-average command and control as well. He wasn’t being drafted as a fantasy SP3 for nothing.

From one Sánchez to another, this Sánchez has actually been playing this season and has been tearing the cover off the ball. Sánchez has flashed his upside and tools through his time in the minor leagues, but never put it all together at one time. In fact, if you looked at his season and career stat lines, nothing jumps off the page at you. But as mentioned, Sánchez has displayed above-average contact skills, plus raw power, and around average speed. You wouldn’t think so from his 2020 debut but Sánchez is doing a wonderful job reminding all of us of his talents, hitting .477 with six home runs through his first 47 plate appearances. Don’t be surprised to see Sánchez get another chance relatively soon.

It’s difficult to start a season better than Alek Manoah has this year. Through his first three starts spanning 18 innings, Manoah has only allowed one run and has basically been unhittable. That includes last night as he carved up Worcester (Boston, Triple-A) with 10 K in six innings, dazzling with his filthy slider. That slider made Jeter Downs look downright silly in two straight at-bats. With Manoah’s ability to miss bats with his fastball, changeup, and slider especially, along with above-average command and control, he possesses both a high floor and high ceiling as a Major League starter. We shouldn’t have to wait too much longer to see him in Toronto either with how he’s performing in Triple-A and Toronto’s need for another arm in their rotation. Now is the time to stash Manoah if you have the bench room.

Jo Adell is the sexier name for fantasy purposes, but the outfielder that might be up first this season is Brandon Marsh. While Marsh might not possess quite the same ceiling as Adell, he’s safer with a higher floor and a skill set that should lead to fantasy value. Marsh is an above-average hitter with plus speed and above-average to borderline plus raw power that has slowly been progressing into game power during his time in the minor leagues. Although, his higher groundball rate has limited his in-game power more often than not. Still, Marsh projects as a .270+ hitter with 15+ home runs, and 20+ steals and is nearly ready to step into the Angels lineup. And with the injury to Mike Trout (out 6-8 weeks), we might see Marsh a little sooner than originally expected. While everyone zigs with Adell, you zag with Marsh.

New year, same Jo Adell. Through his first 12 Triple-A games this season, Adell has flashed his enticing power/speed blend with four home runs and two steals, but also has a .231 AVG, .298 OBP, and 36.8% strikeout rate. Many were hoping a stint in Triple-A would be good for Adell and allow him to work on his approach and chase issues that really plagued him in the Majors last season, but he hasn’t made any progress in that department. His power/speed blend continues to remind us of his lofty potential, but I’m not expecting him up any time soon. At least, not until he shows some progress with his approach.

Entering the 2021 fantasy draft season, Nate Pearson was a popular late-round target due to his lofty upside. Needless to say, that hasn’t quite come to fruition yet. Pearson started the year on the shelf, dominated in a Triple-A rehab start, and then looked lost in his MLB season debut. Now, the big 6’6 right-hander is dealing with shoulder impingement which will delay his return to Toronto’s rotation. All that I just mentioned is concerning, but Pearson has always been a high-risk/high-reward arm with the reward being a potential frontline starter and fantasy stud. While it likely won’t be within the next few weeks, Pearson will be back up with Toronto this season and has top-50 fantasy SP upside right away thanks to his elite strikeout potential.

MacKenzie Gore has not pitched well this season. There’s honestly no other way to say it. The struggles with his command and control that were discussed in 2020 at the alternate site, unfortunately, haven’t disappeared here in 2021. He’s not walking batters at an alarming rate, but Gore’s command issues are consistent in every start and it’s affecting his ability to miss bats at his normal elite levels now too. The upside with Gore is still arguably higher than any other pitching prospect in the minors, but until he corrects these command issues, it’s unlikely he’s joining the Padres rotation. Still, the upside alone warrants stashing if you have the bench depth to do so.