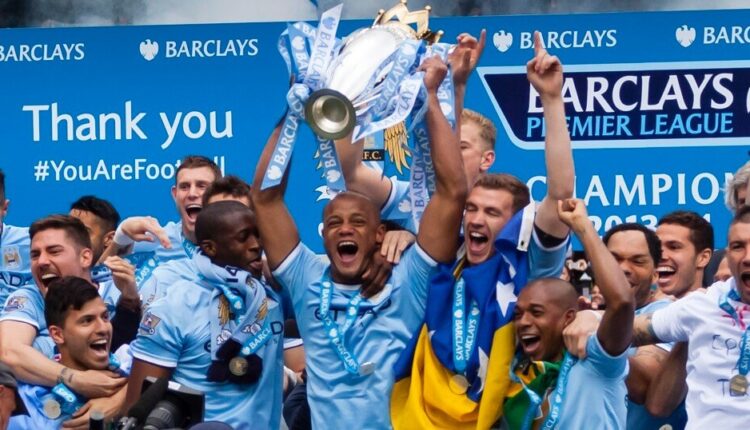 When I was growing up following football in the 90s, BBC Teletext (remember, this is the pre-internet days!)  didn’t produce a page for the Premier League tables until usually around the fourth or fifth league game of the season. The logic being – as all managers and players like to tell us during interviews – that it’s too early to be looking at it. It’s meaningless. Fast forward 25 years and it’s a little different. Apps and websites are updating in real-time from the first minute of the first match of the first weekend. I even heard one commentator during a recent Liverpool match suggest that, despite comfortably leading, Klopp’s men may keep pushing forward so as to boost their goal difference!

I’m not arguing against having them though. In fact, having tables before a ball has even been kicked is probably the only time I’ll ever see my team Aston Villa at the top of it (well, unless you are viewing one that refers to AFC Bournemouth by their official name). But the question remains: are they even remotely relevant? Can they tell us anything of interest with regards the rest of the season? With the international break upon us – and therefore the tinkering and trading of my fantasy team taking a little hiatus – I thought I’d dig into some numbers… 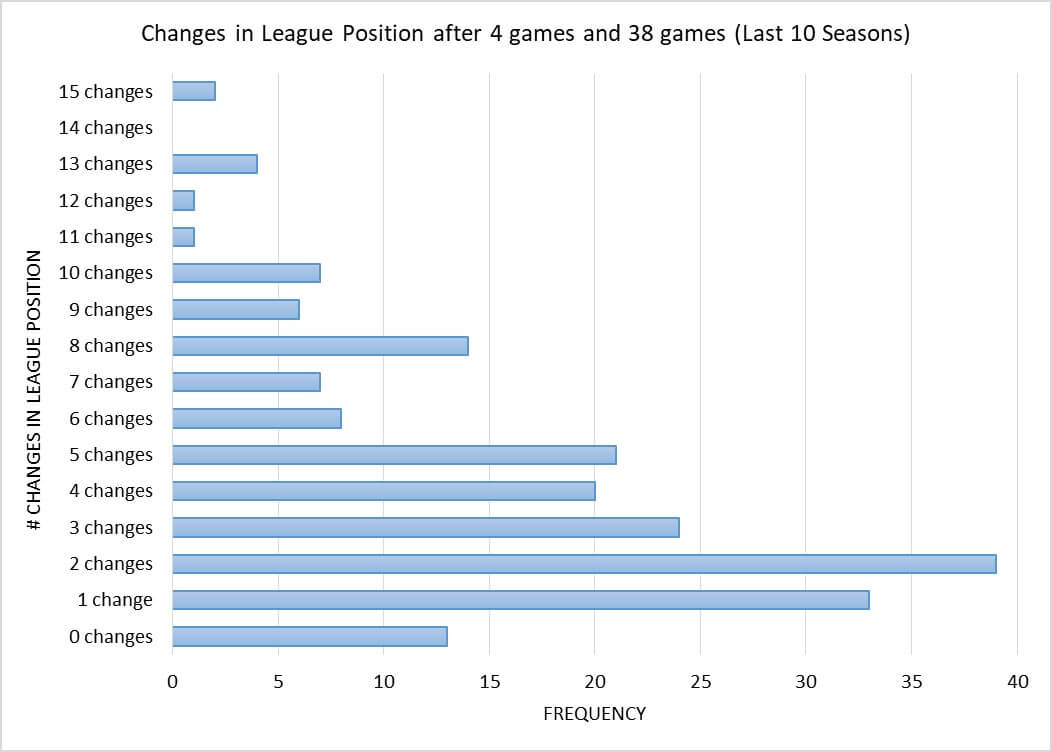 The figure above shows the change in league position after four games to the end of the season, for every Premier League team over the past ten seasons. You can see clearly that by and large, things don’t change drastically. The majority of the time (54.5%), a team will move no more than three places, and in only 10.5% of cases does a team move nine spots or greater. Perhaps more interesting, though, is how this differs when looking at only the top and bottom seven teams after four games… 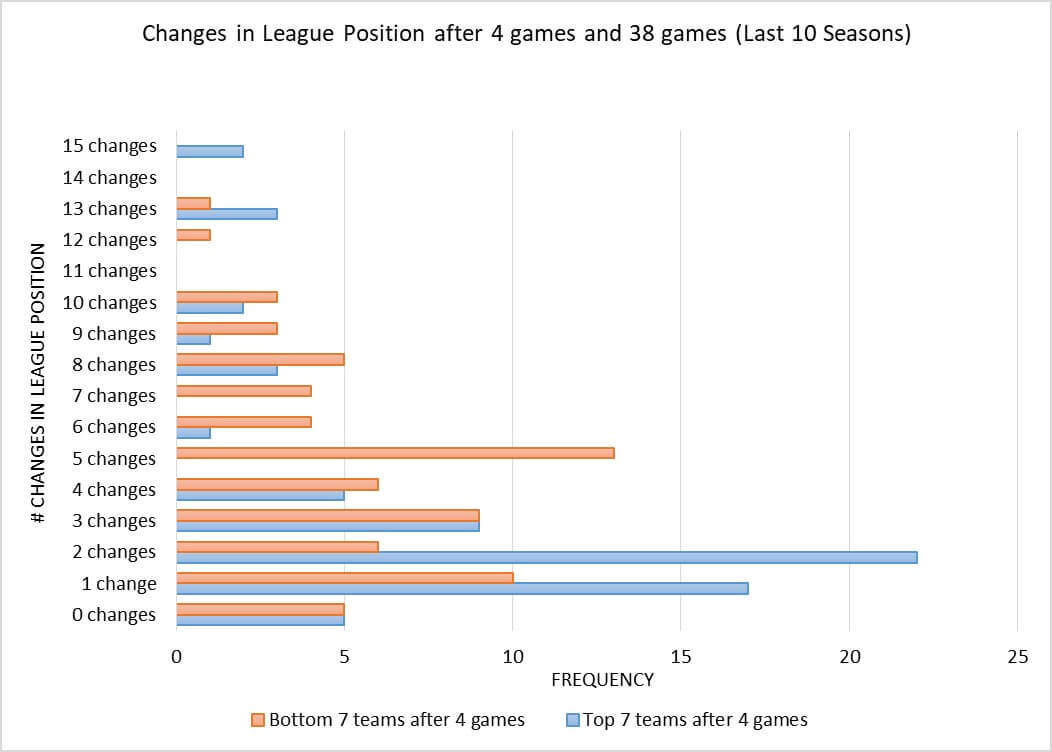 Some other interesting points:

Whilst these numbers are interesting in themselves (or at least more interesting than the international break), I think they also have relevance for fantasy football strategy. By and large, a player’s fantasy values correlates nicely with the league position of the team they play for. This makes intuitive sense of course, but if you want evidence for just how quickly this can take shape, take a look at the top eight scoring players right now. You have the Liverpool quartet of TAA + the front three (Liverpool sit 1st) and Manchester City’s deadly trio of KDB, Sterling, and Aguero (City lie 2nd). Of course, there’s always an exception that proves the rule, and in this case, it’s everyone’s favorite Finn, Teemu Pukki, who has the second-most points so far, despite Norwich being in 19th place.

So what does this mean for this season?

Well, if we go on the past mark that 10.5% of teams will change dramatically (nine spots or more), that equates to two teams. Crystal Palace and Wolves perhaps? If you think so, then the strategy may be to target some of those underperforming Wolves players (Jota and Neves come to mind), or trade any Palace players you have whilst their value is high (Jordan Ayew, surely). And if we then assume after that, that most teams don’t change too much, does that mean that heading into the season we’ve been too dismissive of Sheffield United, and too kind to Watford? Should the likes of Norwood and Stevens be considered as viable long-term options, as opposed to guys who’ve just started well? And are Deluofeu and Doucoure set for a massively disappointing season? So many questions. It’s a good job we have another eight days to ponder them.

Do you pay much attention to the Premier League tables this early? Let us know in the comments below.