July 5, 2019 by The Fantasy Football Chaps Leave a Comment   |  TheFFChaps 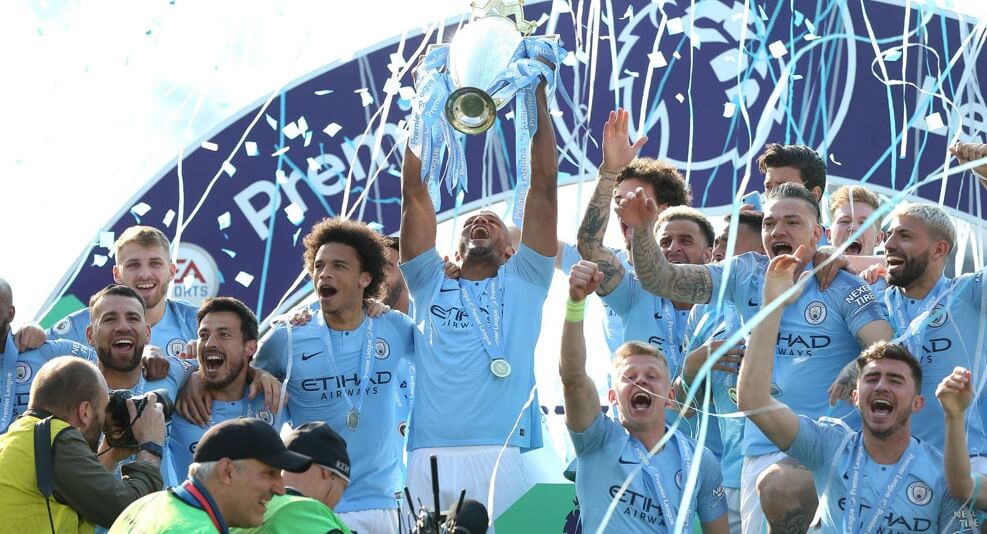 The Premier League New Signings are coming thick and fast, so we’re here to analyse the prospects of all the major transfers.  We use a five star rating model to rank the new signings; use these hints and tips to help get your draft season off to a flyer!

Read below for the potential impact these players could have on your Draft League.  It’s imperative that you know who the new signings are ahead of the upcoming drafts, and what kind of impact they could have on the Premier League!

Part 2 of our Premier League New Signings features those that occurred between 16th June and 1st July, click here to check it out!

We outline each Premier League new signing individually, providing our views on how they will perform this season, and a star rating given based on their upcoming prospects!

Prospects:  Pulisic’s transfer was arranged back in January after Dortmund agreed to let the player leave at the end of the season.  The American winger will be a direct replacement for Hazard, who has joined Real Madrid.  New signing Pulisic is a tricky, and talented, player, but is not yet at the level of Hazard.  Chelsea will be hoping he’ll get to this level over the next couple of seasons.  Pulisic is an exciting new addition to the Premier League, although losing Hazard is undoubtedly a big blow to Chelsea and the fans.

Verdict:  The American international should perform well for The Blues, but it remains to be seen how well he’ll perform points scoring wise.  Potentially a forth or fifth round pick, Pulisic should perform well in his debut season in the Premier League, although he is unproven on this stage.  Don’t treat him as a marque draft pick; pick him up after the elite and very good players have been taken.

Prospects:  Bournemouth pounced early doors for the Bristol City left back, bringing Kelly in on the day that the transfer window was opened!!  Kelly has been brought in for around £13 million by the Premier League club and looks to be a great prospect for the future.  The young defender can also play as a centre back, and is a good addition from Howe, as he continues to snap up young, talented players from the Championship; following in the footsteps of David Brooks and Chris Mepham.  Kelly is likely to take over as the first choice left back, as Daniels’ influenced dwindled during the 18/19 campaign, and Rico didn’t look up to the challenge.

Verdict:  As mentioned above, we’re expecting Kelly to take over as the first choice left back at Bournemouth, but considering their defensive frailties, we’re not ranking his prospects too highly.  The young defender is likely to go undrafted, so you’ll probably have a chance to evaluate his performances for a couple of weeks before potentially bringing him into you team.

Prospects:  Lossl has been brought in on a free transfer from Huddersfield, after performing fairly well in his two seasons with The Terriers.  This new signing will provide back up to Pickford, with veteran Stekelenburg set to leave the Premier League club.

Verdict:  Pretty low prospects, as Lossl will be used as a backup goalkeeper to the talented Pickford.  Not much else to say here really.

Prospects:  One of the areas Norwich City needed to strengthen for the Premier League was on the left wing.  Onel Hernandez is a decent player, but not quite up to Premier League standards.  Competition has duly arrived in the form of new signing Patrick Roberts.  The young Englishman has arrived on loan from Manchester City.  Roberts had a disappointing time last season playing for Girona, but hopefully, he’ll be able to get back on track now that he’s back on English soil.  Roberts is a talented player and has just signed a contract extension with the Premier League champions.

Verdict:  We think Roberts will establish himself in the Norwich City starting eleven pretty quickly and will be a solid prospect for draft managers.  The young winger performed very well at Celtic a couple of years ago, and will be desperate to perform well in the Premier League and solidify himself as a genuinely good prospect at this level.  Roberts would be a decent pick-up towards the end of the draft.

Prospects:  Here’s a new signing that could really take the Premier League by storm.  The young winger has electric pace and gained four goals and seven assists for Swansea last season.  Manchester United have snapped up the Welshman for around £15 million.  James is expected to slot into the side on the right hand side of midfield, despite having no Premier League experience, and a very low profile.  This is great news for draft managers, as many won’t expect James to play a prominent role this season

Verdict:  We’re excited by James, as he should be quite far down many managers’ watch-lists ahead of the draft – great news!!  If James is available around the 10th round of the draft, you should snap him up; he could be great this season!  If he isn’t ready for the Premier League yet, then it doesn’t matter if you’ve used a low draft pick on bringing him in.

Signed From:  Millwall and Espanyol

Verdict:  Both of these new signings will be back up goalkeepers, and we will be surprised if they saw any Premier League minutes during the upcoming season.

Prospects:  The Spaniard has been brought in from Aston Villa’s midlands rivals Birmingham City, as part of a swap deal including Gary Gardner.  Jota is a tricky winger, but we’re not expecting him to have a huge impact on the Premier League.  We saw him live last season as Birmingham lost to Norwich City; he didn’t stand out in the slightest and was withdrawn in the second half.  The Spaniard ended the season with 3 goals and 9 assists from his 40 league appearances.  That’s a decent haul, but not one that should really warrant Premier League interest to be honest.

Verdict:  We’re not expecting much from Jota.  He might be an ok signing for Aston Villa, but in terms of the draft format, we doubt he’ll offer much.  From what we’ve seen of him, he doesn’t have enough quality to warrant a spot in most draft teams, and it’s debatable if he’ll even be selected in the starting XI.

Prospects:  El Ghazi performed very well for Aston Villa last season, impressing during a loan spell from Lille.  The Dutch winger has now signed a permanent deal, after managing 6 goals and 6 assists in his 34 league appearances for The Villians.  El Ghazi scored during the Playoff Final, and Dean Smith will be delighted to have been able to bring in the pacey winger on a permanent transfer.

Verdict:  We think El Ghazi will be a solid draft player next season, as he looks to have the tools to perform fairly well in the Premier League.  The Dutchman will probably be a decent pick up during the final rounds of the Draft, or a good free agent signing when he has an enticing fixture.  Certainly one to add to your watchlist!

Prospects:  Southampton have made their first signing of the summer, picking up Mali winger Djenepo from  Belgian outfit Standard Liege.  Considering The Saints have spent £15 million on him, and Hassenhutl has admitted he has little money to spend this summer, Djenepo will surely go straight into the starting eleven.  He gained 7 goals and 3 assists from 25 league appearances last season, and the Mali winger did score 3 goals in 5 Europa League games.  It’s these performances that would have interested Southampton.

Verdict:  Djenepo is a tricky winger, and the new signing should be given a chance in the Premier League starting eleven from the off.  We think he will offer draft managers a decent prospect at certain times during the season.  He’s probably not going to be very high up our Draft Rankings, but Djenepo is likely to be a decent streaming option.

Prospects:  Aston Villa have broken their transfer record to bring in young Brazilian striker Wesley, for around £22 million.  Arriving from Belgian side Club Brugge, Wesley gained 10 goals and 9 assists in 28 league appearances last season, and scored a total of 17 goals in 48 games in all competitions.  That’s pretty good for a 22-year-old!  The Brazilian will be looking to fill the void left by the departing Tammy Abraham, and Villa look to have signed a pretty able replacement.  The new signing should do pretty well in the Premier League.

Verdict:  As above, we think Wesley will perform fairly well in the Premier League.  He’s a talented player, with a good goal-scoring record, and he’ll be guaranteed the central striker spot for Aston Villa.  Certainly one to keep an eye on during pre-season… Wesley is a decent mid-range option.

Prospects:  There have been differing reports about Fornals… and most have suggested that West Ham have over-paid for a flashy midfielder who lacks end product.  The Spaniard is predominantly a central attacking midfielder and has been signed for £24 million, despite only gaining 2 goals and 3 assists last season.  Fornals does have potential, and he’s a regular for the Spain Under 21s team, but his statistics aren’t great.  For that amount of money for an attacking midfielder, we would have expected a more consistent source of attacking returns from a new signing.

Verdict:  We’re not too keen on Fornals, based on the lack of attacking returns last season, and we’re not exactly sure where he will fit into the West Ham side.  Surely Lanzini will be playing in the central attacking midfield position, with Anderson on the left.  Fornals does have some decent underlying statistics for key passes and dribbles completed, so he could potentially be an asset.

These Chaps have left the Premier League this summer: