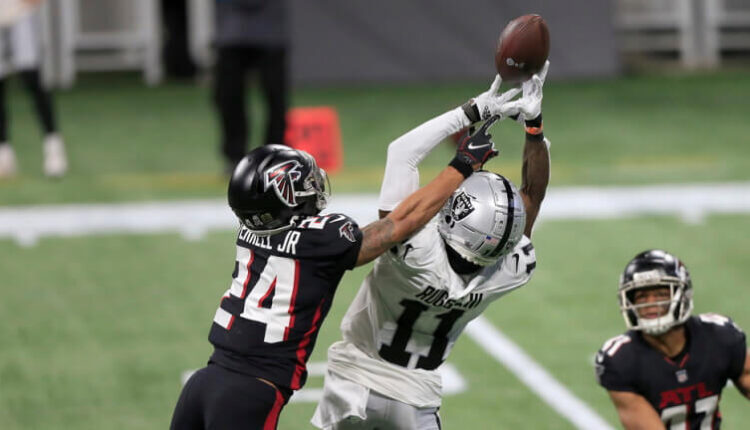 We’ve all been burned by certain players before in fantasy football but don’t let that prevent you from targeting great value here in 2021! I believe in forgiveness! These are the players we’ve all heard about last season or over the last few but just could not deliver expectations as we hoped. Take a shot on these guys in 2021 and reap the rewards as I expect big things this season for these potential breakout stars! Let’s roll baby!

D.J. Chark’s top-15 finish in 2019 vaulted him up the ranks in 2020 but he just didn’t live up to the hype playing in 13 games and finishing at WR47 on the year. Things are looking up though in 2021 with rookie Quarterback Trevor Lawrence in town. Gardiner Minshew is not exactly a fantasy helper to wide receivers and to make matters worse the Jags started Mike Glennon and Jake Luton for half the season where they had a 9:11 TD:INT ratio. Not many receivers are going to produce with those circumstances. Chark recently had a minor procedure on his hand and the 24-year-old continues to slip down draft rankings down into the WR33-35 range. That is too juicy for me to pass on a guy who produced over 1,000 yards and eight touchdowns just a year prior. 4th quarter garbage time will look a lot pretty with Lawrence throwing the ball compared to Glennon and Luton. Not to mention Chark was on pace for over 230 fantasy points during the first half of last year putting him in the top-20 range. Let’s not dwell too much on the past and bring Chark up to the mid-low twenties where he belongs!

Any time you’re the first wide receiver taken in an NFL draft there’s going to be high expectations to produce fantasy points and the No. 12 overall pick did not come through for fantasy managers last season. Ruggs actually got off to quite a quick start going 3/55 in the air and adding 11 yards rushing during the first half in Week 1 vs. Carolina before leaving the game due to a leg injury. Then Ruggs barely played in Week 2 battling said injury, missed two weeks with COVID-19, and swapped starter reps with Nelson Agholor.

Now onto 2021 baby! Ruggs looks like a new man, carving up defenses as we speak in joint practices, scoring 50-yard touchdowns, and wowing teammates throughout camp. The sophomore said he was going to hit the gym during the offseason, and he delivered, adding 13-pounds of muscle. There’s a lot to like this year for Ruggs. He’s entrenched into a starting role and even though Bryan Edwards is tearing up camp as well, Ruggs is expected to get the more manufactured touches we can rely on in fantasy. Jon Gruden has stated throughout camp that he’ll get his No.1 pick the ball and I expect him Gruden and Derek Carr to lean on the sophomore at times. Ruggs has been spotted running the ‘flag’ route which Carr and Agholor hooked up on numerous times for touchdowns last season. Not to mention Ruggs 17.4 air yards per target which ranked third amongst receivers last season and his 5.6 YAC ranked inside the top-20. Oh, Henry t-shirts are coming to Las Vegas soon…Knock on wood if you’re with me.

Another first-round receiver who didn’t live up to expectations in year one and battled injuries, will look to rebound in year two. The sophomore is starting to make some noise with some sweet one-handed catches in camp and with his current ADP hovering around WR60 there’s not much risk in taking a chance on Reagor. It takes time for the young receivers sometimes, and like Henry Ruggs in year one, DeVonta Smith carries too much injury risk for me to jump on board for. Smith has already missed time with a knee injury, and I don’t like his chances at putting together a 17-game season with his 175-pound frame. Reagor is set to start in the slot in 2021 which should help him create more space and run after the catch. Some injuries could pave the way for the Eagles to rely on Reagor and his stock to soar like an Eagle. Oh baby.

Tyler Higbee season alert! The sixth-year pro is coming off a disappointing year after everyone was counting on his dominant ending to the 2019 season to take place in 2020. On to the next one as I like to say! If you overcook that steak, it’s no time to give up. Two minutes less the next time? And a perfect Sunday evening just like Tyler Higbee had last year catching three touchdowns without Gerald Everett. Terrible Segway I know, BUT Higbee has been an absolute beast without Gerald Everett over his last two seasons. In his last five starts without Everett, Higbee has posted 39 receptions for 472 yards and 5 TD. Which averages out to 7.8 rec, 94.4 yards, and 1 TD per game. That’s top-3 TE numbers but I’ll settle for a top-6 finish this season and a breakout, nonetheless. Going from Jared Goff to Matthew Stafford who loved looking at T.J. Hockenson is also a great positive for Higbee. Draft away!

Sterling Shepard, you have my attention! New York Giants beat reporters have been singing Shepard’s praise this camp as he continues to develop a strong rapport with Daniel Jones. Kenny Golladay grabs the spotlight, but we’ve all seen new faces in new places struggle. Golladay who couldn’t get right last season with a hip injury has already been battling hamstring issues and has quickly hopped on my no-fly zone for 2021. Shepard has actually been super productive the last few seasons, but injuries continue to derail his campaigns. Last season, Shepard averaged 7.5 targets per game and easily would have eclipsed the 100-target mark if it wasn’t for injury. Shepard had five games over 11 fantasy points and could see tons of single coverage with the new weapons in New York. It may not be gold, but silver will definitely do. I’d move Shepard inside the top-50 range amongst receivers.