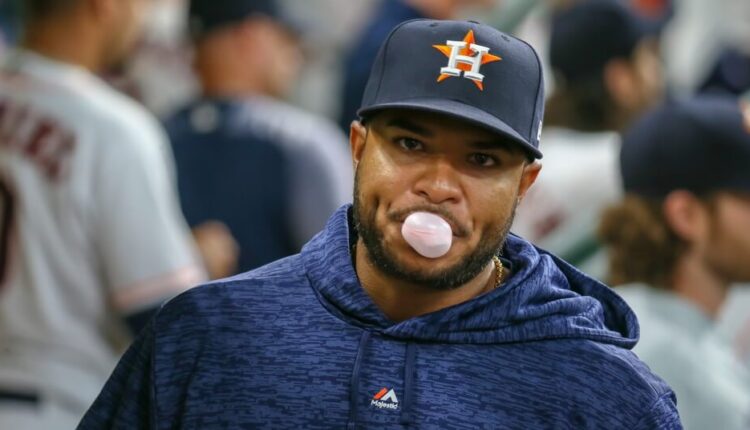 We previously took at a look at some hitters to buy back into in my Post Hype Sleepers: The Bats article. Now, its time to go to the pitching side. Pitching is even harder to get right than hitting, it’s why hitters dominate the top of drafts, they’re safer. But getting the call right on a pitcher can be oh so sweet. Just ask the owners of Lucas Giolito, Luis Castillo, and Eduardo Rodriguez last season. So who can be the next batch of previously hyped pitchers people might be sleeping on? I’ve got some names for you to consider.

Joe Musgrove was on everyone’s radar as a sleeper last draft season. He didn’t exactly have the year we were hoping for, but you know what? I’m going right back in on Musgrove this year. No one else got as unlucky as Musgrove did when it came to stranding runners. Among qualified pitchers, his 63.2% left-on-base rate was dead last. This could have been a factor in his ERA of 4.44 underperforming his FIP of 3.82. But, it’s not just a turn of bad luck I’m banking on. Musgrove’s got some real skills to build on.

When looking at what makes starting pitchers successful, three crucial elements include walk rate, strikeout rate, and ground ball rate. Musgrove has two of those things with the potential for growth in the strikeout department. He’s always shown great control and has limited walks throughout his career. That didn’t change in 2019, with a 5.4% walk rate that ranked 13th among qualified pitchers. And, his ground ball rate of 44.5% was above the league average of 42.9%. Adding some strikeouts would go a long way for Musgrove.

If Musgrove is going to take that next step, it’s going to come on the heels of his off-speed and breaking pitches. He boasts three secondary pitches with swinging-strike capabilities. The slider, changeup, and curve had swstr% of 19.4%, 18.8%, and 17.4%, respectively. Musgrove was one of ten pitchers with at least 150 innings to post an O-Swing% over 35%, an O-Contact% under 60%, and a swinging strike rate of at least 12%. Names on the list include Max Scherzer, Gerrit Cole, Jacob deGrom, Patrick Corbin, Kyle Gibson, Dylan Bundy, Shane Bieber, Stephen Strasburg, and Clayton Kershaw. That’s some pretty good company to be in. What stands out? Musgrove’s lackluster 8.3 K/9 when the rest are over a strikeout per inning.

Musgrove needs to feature his secondary offerings more often to take that next step we want to see. The pitching philosophy in Pittsburgh has been very fastball heavy. Over the last three seasons, only the Chicago Cubs have collectively thrown more fastballs than the Pirates. Now, there’s a new pitching coach in Pittsburgh that could help Musgrove pitch to his strengths. As a post-200 pick in drafts, there’s no reason not to take a chance on this post-hype sleeper.

One of my absolute favorite sleepers this year is Josh James. He’s another one that popped up on many sleeper lists last season. It was unfortunate that he lost his opportunity to start 2019 in the rotation as he spent his spring recovering from a quad injury. The late start likely had a lot to do with his struggles in April, as he posted a 7.36 ERA in 14.2 relief innings. He was pretty damn good from May 1 on, with a 3.86 ERA, 3.24 FIP, and 15.29 K/9.

While he does struggle with control, his ability to miss bats is elite. His slider is wicked, with a 51.7% K-BB rate and a 19% swinging-strike rate. And, good luck getting a hit off of him as his .171 xBA and .286 xSLG were both in the 99th percentile.

There’s an opportunity now in Houston for James to seize hold of the fifth spot in the rotation. Lance McCullers will likely be limited this season, Gerrit Cole is gone, and Brad Peacock is nursing a neck injury. Even if he doesn’t crack the rotation, Hector Rondon and Will Harris have both left in free agency. There’s plenty of valuable innings that need to be filled in Houston. I’m trying my damn best to come out of every draft right now with Josh James on my squad. At pick 372, there’s no reason not to jump his ADP and make sure this post-hype sleeper is on your team that late in the draft.

Here’s another post-hype sleeper that burned us last season, pun intended. Corbin Burnes opened the season by recording his first nine outs via the strikeout against the St. Louis Cardinals on March 31. That was the highlight of the season for him as he went on to post an 8.82 ERA in three more starts and 28 relief appearances. His 3.37 xFIP and 3.55 SIERA say that he should have been much better than his results indicate.

Just about everything that could go wrong for Burnes did go wrong. His .414 BABIP against, 57.4% strand rate, and 38.6% HR/FB rate are all unsustainable. Those numbers will regress. He’s already got swing and miss stuff with the ability to pitch for ground balls with a 45.1% ground ball rate. Geez, did everything that wasn’t a ground ball leave the yard? Speaking of swing and miss, he’s got a damn good slider that induced a league-best 35.1% swinging-strike rate on the pitch.

Whether or not he gets an opportunity to start will be determined in Spring Training. It’s been reported that he’ll be kept stretched out for rotation depth. A rotation that currently consists of Brandon Woodruff, Adrian Houser, Brett Anderson, Josh Lindblom, and Eric Lauer. Woodruff and Houser are coming of career-high innings at 121.2 and 111.1, respectively. Josh Lindblom just arrived from Korea. And good luck keeping Brett Anderson healthy.

A lot of what I said about Corbin Burnes applies to Freddy Peralta as well. There’s an opportunity for either one of them to show up in Spring Training and claim a spot in the rotation. Like Burnes, Peralta will be kept stretched out. While he wasn’t quite as unlucky as Burnes, Peralta did have a 4.18 FIP, 4.15 xFIP, and 3.80 SIERA. These indicate he pitched better than his 5.29 ERA. And that was with just one pitch.

Peralta featured his four-seam fastball 77.7% of the time. That’s an awful lot to show hitters just one pitch, and a fastball at that. Good thing that fastball is elite with a 14% swinging-strike rate. Now, Peralta has reportedly been working on a slider this offseason. Adding a decent secondary pitch on top of that fastball could do wonders for Peralta. And he’s only 23 years old. He’s another post-hype sleeper that could pay off this season.

Remember the hype Luke Weaver got coming off the 2017 season where he flashed some brilliance? 2018 showed us it was too good to be true. The problem with buying Weaver in 2018 was that his strikeout numbers the prior year didn’t seem to be supported by his underlying metrics. He had a 28.6% strikeout rate but only a 9.6% swinging-strike rate. Sure enough, the strikeout rate went down to 19.9% the following year.

Weaver went into the 2019 season with a new pitch featured in his arsenal, his cutter. The cutter usage came at the expense of his curveball, and it worked. He upped his overall swinging-strike rate to 10.4% and was breaking out to a 2.94 ERA, 9.65 K/9, and 1.07 WHIP. Unfortunately, he was pulled from his start on May 26 with forearm tightness after striking out six Giants in five innings.

Forearm tightness is the last thing you want to hear when it comes to pitchers. Luckily, it wasn’t as severe as it could have been, and Weaver came back to make a two-inning appearance in September. He suffered no setbacks over the winter and comes into 2020 ready to build on that early 2019 success. Ready to be that post-hype sleeper that helps you win your fantasy leagues.

Who are your favorite post-hype sleepers for 2020? Drop some names in the comments below. We promise not to let the rest of your league see them until after draft day.

The Doctor’s Room: Kyrie Irving Timetable… Or Not