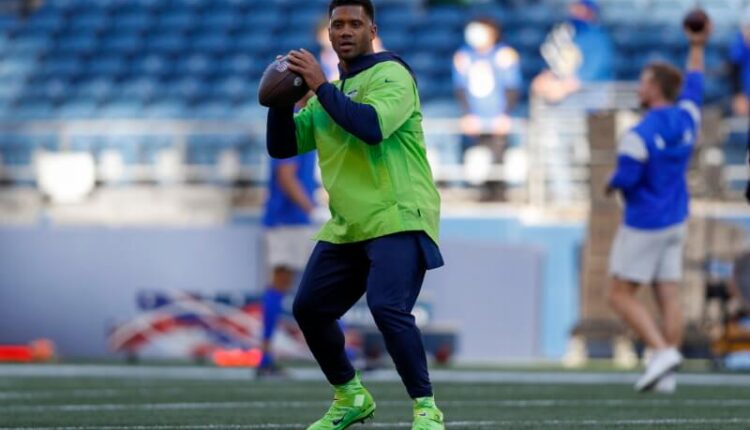 I can smell it in the air! The turf, the hot dogs, the beer….the Washington Commanders winning the Super Bowl. Ok, maybe that last part is wishful thinking. But the fact remains, the NFL season is finally upon us. Now that the draft has concluded, let’s take a look at Post-Draft Team Outlooks for the AFC West. I’ll go through the skill positions and give an early outlook, highlighting position battles, and things that could affect fantasy. Let’s go!

The Broncos have been in the QB trade market rumors for years. They’ve finally landed their guy to be their missing piece, in Russell Wilson. I think he’s probably upgraded his backfield but downgraded his receiver corp. Regardless, I think it needs to be said that Russell Wilson hasn’t been the same player he was a few years ago. Whether injury, or poor/inconsistent play, he represents an upgrade over what Denver has had, but I don’t view him as the “can’t miss superstar” I once did. Last year, he finished QB19 (injuries), and this year he’s a consensus QB10 (while I have him ranked QB13). Regardless, don’t go and draft him with your top four draft picks. There are better options.

This was a tremendous one, two punch last year with Gordon being the one, and Williams being the two. I was excited for Williams this year when I thought that he’d be the unquestioned lead dog, but Melvin Gordon decided to resign with the team. Regardless, think Zeke Elliot and Tony Pollard with this duo. Both of them will be fantasy relevant, especially if there’s an injury. However, Williams is the preferred option of the two. I have him ranked as RB12 on my running back rankings. He’s a broken tackle machine, with pass-catching upside. Expect redone carries for him, as well. I’m not very scared of Russell Wilson capping his rushing upside these days.

The Broncos used an “if it ain’t broke” strategy with pretty much all of their offense, outside of the quarterback position. Sutton, Jeudy, and Patrick are all dangerous weapons. Sutton is their big possession receiver, who can also stretch the field. Jeudy catches the quick slants and middle yardage routes. Patrick does what Sutton does, on the opposite side. It’s hard to choose which one (if not all of them) will be fantasy darlings. It’s going to be imperative to watch preseason games to see how Wilson gels with the group, and if a favorite develops. For now, it’s too early to tell, but I find Sutton to be the best receiver of the bunch.

The Broncos have finally freed Albert O!? They sent Noah Fant packing to the Seahawks, and now it’s Albert O’s time to shine. I wouldn’t bet the farm on him being a Top 5 TE quite yet though. With their 3rd round pick, the Broncos took Greg Dulcich, who I imagine will take Albert O’s role last year. That means you should continue to expect split snaps.

Patrick Mahomes is Patrick Mahomes. I feel like this needs to be said. The absence of Tyreek Hill is huge. I can’t deny that, but it’s not like Mahomes has never played a game without him. The team will adjust and Mahomes will remain a great QB. I wouldn’t adjust your QB rankings too much. I have him as my QB5 on the year.

Ronald Jones coming over from Tampa Bay really muddies the backfield waters. He’s shown he’s good enough to be a starting running back, and CEH has shown that the Chiefs could be a better team with a better running back. CEH vs. Ronald Jones will be a position battle to watch in the preseason. To be honest, I lean Ronald Jones.

Skyy Moore is my favorite rookie WR in the draft, particularly because of his landing spot. I think he has a legitimate shot to become a 1st stringer in this offense, and Pat Mahomes slings out plenty of targets. In fairness, I thought this way about Mecole Hardman when he was drafted, too. That didn’t work out, but he remained a contributing WR and is now a first stringer. If I had to pick one WR to dominate targets, it would be JuJu, as I think Mahomes will enjoy a big wide target downfield. Something he has only had in Travis Kelce.

No Ty Hill means less for Patrick Mahomes and more for Travis Kelce. Kelce becomes the far-and-away #1 target for this team. There’s too much chemistry. Too much timing. Kelce is too dependable. Expect TE1 this year for Travis Kelce.

The Raiders gave Carr a much-deserved new contract after his performance last year, and a much-deserved bonafide #1 target in Davante Adams. He’s going to have great rapport with his old college WR, and I expect the transition to be relatively seamless. He finished last year as QB12, I have him ranked as QB10 this year.

Don’t expect Zamir White or Brittain Brown to touch the field much this year. I think they’ll be fighting for roster spots. Josh Jacobs just got his option picked up and is the RB1 without a doubt. Kenyan Drake has shown he could be a starter on his own and has carved out a nice role giving Jacobs spells. Don’t get cute drafting anyone else here.

Davante Adams and Hunter Renfroe are the only WRs I trust from this group. The third target for Derek Carr is Darren Waller, and that’s always been the case. With Adams in the mix, expect him to dominate target share, with Renfroe and Waller trailing. I have Adams ranked as my WR5 this year.

Darren Waller is my TE5. There’s a group of six TEs that you can count on each year, based on targets and red zone looks alone. Waller is in that group. That hasn’t changed this offseason.

Justin Herbert seems to get better each year, and his offense/targets haven’t changed at all. He’s currently the consensus QB2, and you can expect that kind of production give or take a few spots.

When Austin Ekeler is healthy, you can make the argument that there isn’t a better fantasy asset in the game. The problem is that he’s often injured. He gets plenty of targets through the air, and he’s the lead dog on the ground. I wouldn’t expect their new draft pick, Spiller, to get many touches, though I think he’ll be on the roster. I think drafting Kelley or Spiller as a handcuff to Ekeler would be my only reasons to draft either of them. He’s the consensus RB3 right now.

Same targets that have been on this team’s 1st string for the last couple years now. You know what to expect from them all. Allen and Williams finished the year as WR13 and WR11, respectively. You can target either of them in the middle rounds and feel proud they fell to you. I wouldn’t get too cute outside of that. Jalen Guyton is a stud, but the targets aren’t quite there yet.

I tend to avoid the Chargers TE situation. There are better fantasy assets out there. You might be able to pick up Everett or Parham on the waiver wire. They tend to run two tight end sets in the red zone, which makes the TE red zone targets frustrating.

How Big is the Universe?