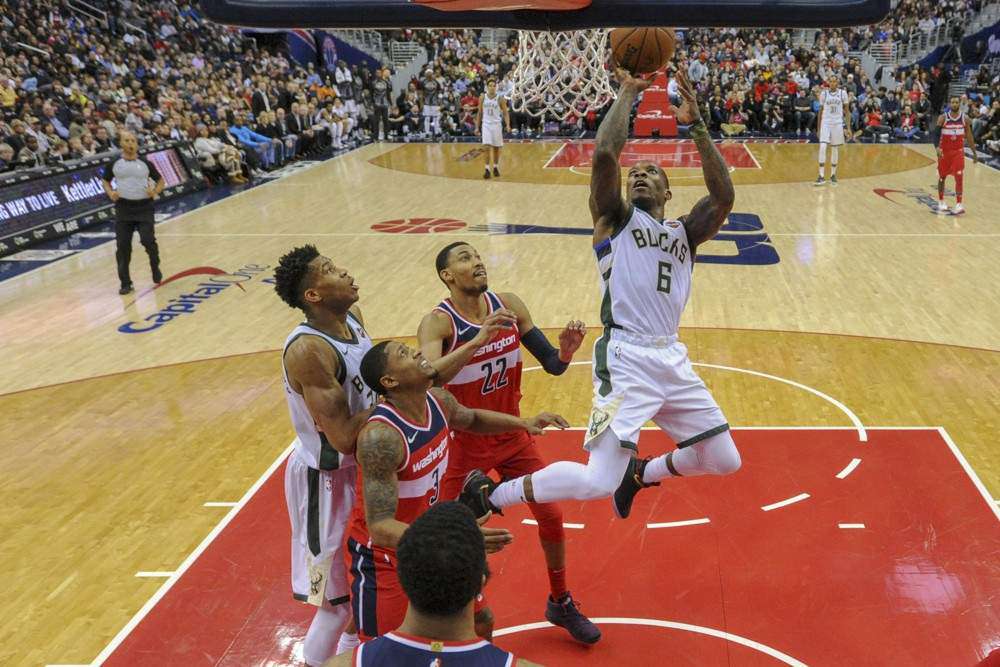 Not too long ago, big men were the hot commodity in fantasy basketball drafts. But the times they are-a changin’, and now guards are where it’s at for the savvy drafter. Anyone can select James Harden, Stephen Curry, or Russell Westbrook with a first round pick — that doesn’t take skill — however, being able to identify which players hold value (or lack value) in the subsequent rounds could make or break your draft.

For today’s exercise we’ll focus specifically on the point guard position. I’ll suggest players I suspect will return excellent value based on their current average draft position, or ADP, according to Yahoo! Fantasy Basketball, as well as some even deeper dives. These deep dives are where you will find the true point guard sleepers.

These point guard sleepers are just a start. When you’re ready to get your fantasy basketball season started, head on over to Fantrax to start or join a league today!

The 2017-18 season began curiously for Eric Bledsoe. Three games into his fifth season in Phoenix, the Suns parted ways with their talented combo guard. Bledsoe had been fed up with the way things were going in the desert, which was highlighted by a not-too-subtle tweet he posted on the social media site in late October. Soon after, Bledsoe was shipped off to Milwaukee, where he continued his stellar career.

Bledsoe’s scoring and rebounding took a little hit playing alongside Giannis Antetokounmpo and Khris Middleton, but his efficiency increased (career high 47.6 FG%), and his steals and three-pointers went up while his turnovers went down. Those stats helped Bledsoe finish as the 11th-ranked point guard, according to Basketball Monster. I expect a similar output in 2018-19, meaning his ADP as the 18th point guard off the board is far too low.

Last year was a lost season for Mike Conley. The talented point guard played in just 12 games while first dealing with an Achilles injury and eventually having a season-ending procedure to smooth out a bone in his heel. Injuries can often scare off fantasy owners, and that seems to be the case here, if early ADP is any indication.

Can Conley regain his high ranking again? Well, that remains to be seen. He is, after all, coming off a surgery, though he’s looked like his old self in Team USA practice, and while the Grizzlies are improved, there’s always a chance of a late-season shutdown when ping pong balls are at stake. Finishing 11th again might be a tad high, but he can certainly fall somewhere between that and his PG16 ADP, which makes him worth gambling on in the fourth round.

D.J. Augustin has bounced around the NBA since Charlotte drafted him as the ninth overall pick back in 2008. He’s getting a little long in tooth (not really; he’s only 30), but that’s old compared to the rest of the roster on his current team, the Orlando Magic. However, the Magic chose not to go out and get a top point guard to fill Elfrid Payton’s shoes, so the incumbent Augustin will run the offense yet again. Jerian Grant was added to the foray, but he shouldn’t get in Augustin’s way.

Augustin, a former Texas Longhorn, averaged 15.1 points, 5.4 assists, and 2.3 threes per 36 minutes the past two seasons with the Magic, and there’s a chance he could actually come close to those minutes, or at least get near 28-30 per game.

Opportunity is key in fantasy basketball, and D.J. Augustin has one this season in Orlando. He’s practically free, going undrafted in most leagues, so snatch him up in the last round or two. Just know he’ll be a trade chip come February, so be ready to sell when the time is right.

Much like Mike Conley, Patrick Beverley’s ADP is suffering from the post-injury malaise. And to be fair, with Beverley it’s been more than just one season of injuries, as the 30-year-old has missed 86 games the past two seasons and a total of 149 games since the start of the 2013-14 campaign.

When Beverley is on the court, though, he offers a unique blend of stats for fantasy owners, which includes a high number of steals and three-pointers. He’s not the typical point guard who dishes out assist after assist — he’s never averaged more than 4.2 assists per game in a season — but he’s countered that deficiency with 1.4 steals and 1.7 treys per game the past three seasons. He’s even chipped in 0.4 blocks per contest in that span, an excellent number for a point guard. If you want a late-round box-score filler, Pat Beverley is an excellent choice to round out your roster.