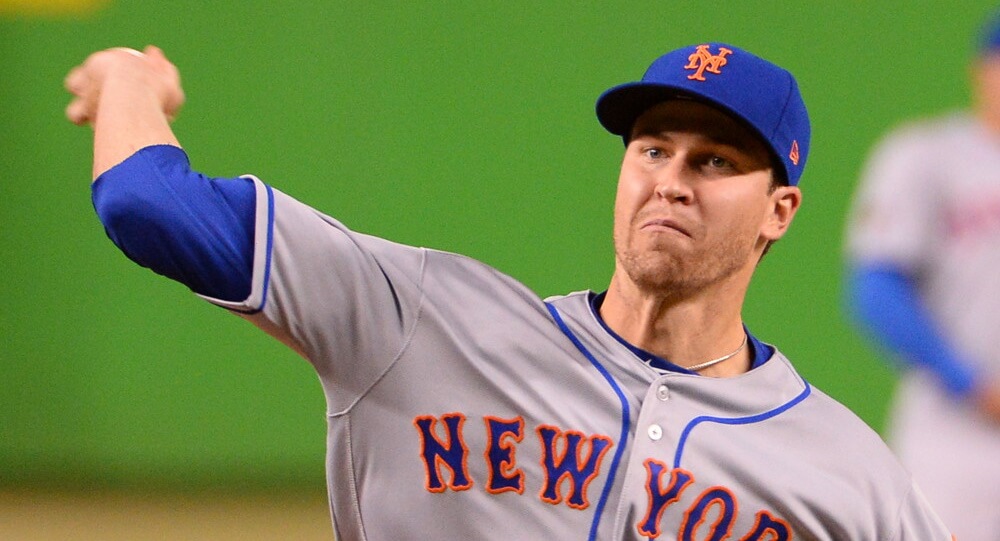 Pitching roles are becoming more specialized as the years go on. Starters are throwing fewer innings than ever before, and openers are becoming more prevalent. These are a couple of reasons wins are so difficult to project. Because of this, some leagues are forgoing wins in place of quality starts. Many of these are the same leagues that are rewarding OBP over traditional batting average.

Wins are reliant on a myriad of factors that have little to do with the effectiveness of the pitcher. First, the pitcher’s teammates must score enough runs to give him a lead. Then the bullpen must not relinquish that lead at any point in the ballgame. If a pitcher is saddled with a bad offense or a bad bullpen, wins will be difficult to come by. Quality starts, however, are generally within a pitcher’s control.

What Exactly is a Quality Start?

To qualify for a quality start, a pitcher must throw six or more innings and allow three or fewer earned runs. This provides a reasonable barometer for whether a pitcher was effective in his outing. Quality starts generally line up more closely with a pitcher’s true skill level than wins do. Pitchers who are on bad teams or who are otherwise unlucky and cannot seem to pick up that elusive “W” can still register a quality start if they pitch reasonably well. Just ask Jacob deGrom. The Mets’ ace has accounted for 51 quality starts over the last two seasons. That is good for second in baseball. He also has the best ERA in the sport during that span. Yet his 21 total wins are good for just 33rd among 45 qualified starters. deGrom is one of many starting pitchers who gain value in QS leagues.

His new teammate, Rick Porcello, has had the opposite experience recently. Porcello’s 4.87 ERA over the last two years is second-worst among the group, and nearly three runs higher than deGrom’s 2.05 mark. His 29 qualify starts are nothing to write home about either. But he has racked up 31 wins, primarily as a result of pitching behind a stacked Boston lineup. Only four of the 45 qualifiers have more wins than Porcello during that stretch. Porcello is not the only pitcher who has lost value in QS leagues versus wins over the last two years. He is not even the lowest on this list. For that answer, you will have to keep reading.

There have been 64 starters who have registered at least eight quality starts in each of the past two seasons. I pulled each starter’s total number of starts and compared that to his percentages of wins and quality starts to see who gains the most value in leagues that reward quality starts over wins.

It does not come as a great surprise to see deGrom leading a trio of Mets pitchers on this list. The Mets have had problems winning games in recent years despite quality starting pitching. Some quality pitchers have been stuck on bad teams, such as Madison Bumgarner, Reynoldo Lopez, and Joe Musgrove. I believe Bumgarner and Lopez will collect their fair share of victories in 2020, as their circumstances appear to have improved. Still, it is good to see them on this list just in case. It may seem strange to see so many pitchers from good teams on this list. But Major League managers rarely ask a starter to go beyond six or seven innings anymore. The top nine starters in terms of percentage of quality starts are all on this list.

This list is filled with several pitchers who rely on less than elite stuff to get through ballgames. Pitchers such as Porcello and J.A. Happ have been able to string together decent win totals despite an inflated ERA. Charlie Morton’s inclusion on this list stood out to me. Morton has been an excellent fantasy starter over the last few years. To me, he is the poster child for the modern starting pitcher. Over the last two years, he is 31-9 with a 3.09 ERA. Those are elite numbers. However, he averages less than six innings per start over that span, which has led to fewer quality starts than one would think. Morton is tied with Mike Leake for 18th of the 64 pitchers in this set in the highest percentage of starts that have resulted in a quality start.