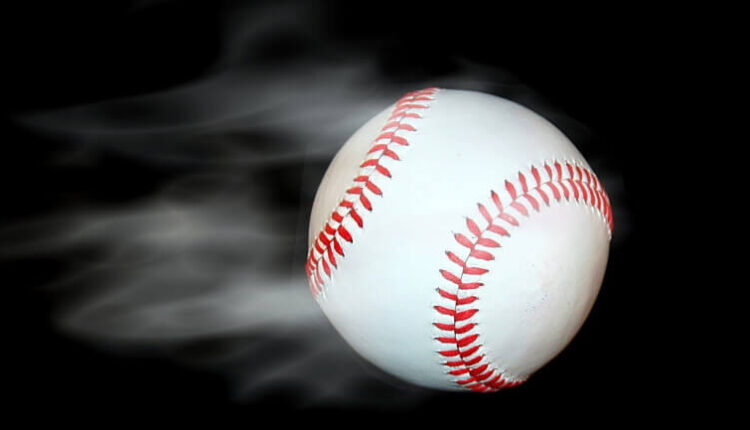 Over the past week, we got to see Nate Pearson make his major league debut as well as a favorite of mine in Kris Bubic. We as fantasy managers know how volatile pitching prospects can be but if you ask me, there is nothing better than going out on a limb on a pitcher and watching him turn into a star. Luckily this year’s MLB Draft crop is full of quality pitching prospects, most of them being college pitchers but there are a few interesting high school arms that are worth your investment. Last week we went over hitters to target in your FYPDs and this week we will be tackling pitchers to target in your FYPDs.

I really think there is a chance Nick Garcia would have been a first-round pick if he pitched at a more traditional baseball powerhouse instead of D3 Chapman in California. Garcia has a sharp fastball that can touch 97 and can spot both a slider and a curveball that are both average offerings for him. While his fastball will hit 97 at times is more 92-95 with some slight movement.

It is hard to translate stats from the Division 3 level but he was dominant in 2019 striking out 82 batters in 56 innings and only walked 14 batters in that span. I believe Garcia is the best arm that Pittsburgh drafted in this most recent draft and could develop into an interesting back-end starter in real-life. In fantasy, which is why you are here, I believe he can be an SP4 because of his decent command, and if the breaking stuff takes a tick up there’s room for more from the D3 product. You won’t have to invest a high pick on him either.

The Diamondbacks have done a good job of replenishing their farm system, and they grabbed themselves one of my favorite pitchers in this draft in Duke’s Bryce Jarvis. Jarvis saw an uptick in velocity this past year going from a pitcher that would occasionally hit 92 to now sitting comfortably 93-94. He has above-average command and a plus changeup to go along with a slider and a curveball that both project out as average.

There is some Shane Bieber to the profile as he went from a pitcher with suboptimal velocity and good command to a pitcher with quality velocity and good command. Fantasy-wise I feel comfortable with Jarvis as an SP3 that could get a decent amount of strikeouts while also helping out your WHIP thanks to his quality command and bat missing stuff. There is however significant upside to the profile which is why I would invest a late first-round pick in the Diamondback pitcher.

So far we have talked about college guys and that trend continues with Virginia Tech’s leftie Ian Seymour. Seymour has an interesting profile being a shorter pitcher with a deceptive delivery that hides the ball well. His fastball isn’t overwhelming on the radar gun topping out at 92-93 however it gets plenty of “ride” especially when thrown at the top of the zone. Of the guys on the list he’s the one that I have watched most recently for what it’s worth to you the reader.

The secondary stuff is good, all being average offerings but he has decent command of all of his offerings and does a good job of spotting them in spots that are enticing for hitters to swing, but ultimately whiff at. All the secondaries tunnel extremely well with the fastball. There is a chance for a mid-rotation starter in there especially with Tampa’s player development group, but a long reliever is also an interesting role for the diminutive left-hander. He should cost next to nothing in your FYPDs so he’s worth a late-round flier.

This might be cheating because I like Winn more as a SS but he will be developed as both so he fits in this article, and between us, I forgot to include him in Hitters to Target in your FYPDs. As a pitcher, Winn has a loose and athletic delivery with a plus fastball and a hammer curveball that is also plus. He will probably never have outstanding command but with that athleticism and stuff on the mound, he is an intriguing ball of clay that’s worth a selection in your FYPDs.

As a hitter, he translates that athleticism on the base paths and shows above-average power. He has some swing and miss to his game at the moment but not too much that should alarm you. He is an intriguing power-speed asset to target in your FYPDs that just so happens to pitch. I don’t know how long he can do both but he’s someone I would target in the second round because the potential for him as a pitcher or hitter is very high.

If you are a fan of pitchers with big-time velocity that are in good player development system Bobby Miller is your guy. The Dodgers first-rounder sits in the mid-90s but has been all the way up 100 in the past. He also mixes in a plus slider and a quality changeup that pairs well off of the fastball. He is pretty athletic on the mound and does a good job of repeating his delivery. I love his chances to remain a starter, but if he has to move into the bullpen because of the Dodgers outstanding starter depth he could be a quality reliever who could be the closer of the future.

I believe he has the upside of an SP2 in fantasy but even that is a very low, I do think he will be an SP3 in your fantasy rotation. In your FYPDs he is an interesting grab in the second round and is a worthwhile stash in any keeper/dynasty league.

I am not saying Little will be the next Nate Pearson, but there are some intriguing elements to Little that are similar to Pearson when he was drafted by the Blue Jays. Both have high octane stuff and are large pitchers with command issues, that many attribute to their large bodies with long levers. Little is an overwhelming 6’8″ with a fastball that gets to 98. He has an interesting slider to go along with fastball, but it seems he has no idea where those offerings are going.

This is ultimately an upside play because Little has intriguing parts that make him a worthwhile draft pick for me. I, however, acknowledge that this is the type of pitcher who will break your heart time and time again. If he ever discovers even average command he could be an intriguing prospect to keep if you are a risk-taker. He isn’t that little, I’ll see myself out now.