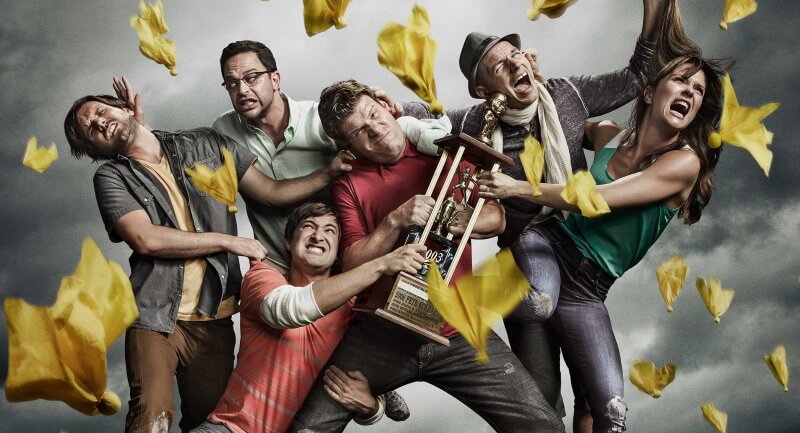 Undertaking the pre-season draft in Fantasy EPL is the highlight of the season for many managers.  Therefore, picking the Draft Type that best suits your league is imperative to the success of the draft.  Here we run through the three choices for Draft Type available on Fantrax for Draft Premier League managers!

There are three Draft Types available for Fantasy EPL managers to choose between, with each option having positives and negatives based on your league setup.  Getting your choice right is essential for your league, as you want your Draft Premier League season to start off well!  The three Fantrax Draft Type choices are; Live Online Standard, Live Online Auction, and Offline.

Read below for details on how each of these Draft Types works!

This is the most common type of draft when playing Fantasy EPL on Fantrax.  This is a draft that follows standard rules of managers being able to select any player they wish when it is their turn to pick.  Some leagues may have limits on the number of players from each team that are able to be selected, or have a salary cap version of the draft game. For the most part though, this type of draft will be a free-for-all on which players are able for selection when drafting.

This Draft Type is completed online on the Fantrax platform.  It can be performed using a Regular format where each manager has around 90 seconds to pick their player when it is their turn or a Slow format where each manager can have a lot longer to make their picks.  This slow draft format is ideal for groups of friends that live in different time zones.  The time limit per pick is usually set at eight hours so that no turns will be missed whilst managers are sleeping!

The Live Online Standard draft type on Fantrax is an enjoyable experience despite being processed online.  Just make sure you set up a group chat or video call between the managers to go alongside the draft.  This will ensure that you can have some banter with your fellow managers during the draft!

Best For:  Groups of friends that don’t live in close proximity (especially in different time zones!).

An auction draft takes things to the next level, and is therefore a Fantrax Draft Type for experienced managers!  The Live Online Auction is a type of draft whereby all managers have the chance to draft each Premier League player via an auction!  When it is a manager’s turn to draft a player, he opens up the bidding on the player he would like, and all other managers then have a chance to also bid on this player via the auction.  Whoever places the highest bid within their Draft Budget wins the player!

The auction aspect certainly adds an additional layer of tactics, as you will need to decide how much of your budget you are willing to blow on the top players!  Assigning a budget/value to each player is a tough task to undertake, and it could leave managers with little money after a few rounds of the draft.  Do you try and spend a large proportion of your budget on Kevin De Bruyne or Trent Alexander-Arnold?  Or do you try and spread out your budget on the likes of Roberto Firmino, Joao Moutinho, James Ward-Prowse and Virgil Van Dijk?  We would recommend a Draft Budget of $200.  You are able to bid $1 on the lesser names once you’re getting low on your draft budget.

This version of drafting is less common but is certainly a Fantrax Draft Type variation to consider for dedicated and well-practiced managers.  The additional tactics and considerations needed during an auction draft takes things to the next level, and is a highly recommended deviation from a standard draft if you have a set of enthusiastic Fantasy EPL managers!

Best For:  Experienced Fantrax managers who are looking for a more complex Draft Type.

The final Fantrax Draft Type is Offline.  This is when you complete your draft offline, and manually upload the results into Fantrax afterward.  This is our preferred type of draft.  We’ve been exclusively drafting offline since we started playing Fantasy EPL seven years ago, and wouldn’t have it any other way!

If you live in close proximity to your league mates, undertaking an offline draft is essential.  It takes planning, dedication, bargaining power (with your partner), and the creation of a draft board, but believe us – it’s well worth it!  The situation will provide a lot of banter, and gives you some time away with your friends drinking beer and chatting about Draft Premier League.  Creating an objective activity to decide the draft order can also be incorporated into your offline draft.  More on that one below.  We seriously can’t recommend the Offline Fantrax Draft Type enough – it truly is the highlight of our season!  We’ll soon be publishing an article delving into everything you need to know about completing a Fantasy EPL Offline Draft.

Your League Commissioner will be left with the task of importing the draft results into Fantrax once the Offline Draft has been completed.

Best For:  Groups of friends that live in close proximity.

For the additional draft settings required on Fantrax, there are some important aspects to consider other than your Draft Type.  These options and settings will depend on the type of draft you have chosen, but there are a few options that are relevant to all three Fantrax Draft Types.

We would recommend keeping the Number of Rounds as 16, as this is the default roster size on Fantrax.  And a decision within your league needs to be made on what happens to the undrafted players.  They can either go to the Free Agent Pool or to the Waiver Wire.  The Time Limit Per Pick option is where you have a fairly big decision to make.  Is your draft going to occur in real-time, with all managers present at the same time (either online or offline)?  If so, then pick a time limit of around 90/120 seconds.  Or is your draft occurring between a group of online friends, who are situated in different time zones?  If so, then you’ll want to make this a “slow” draft, as we mentioned above.  Pick a time limit of around eight hours to ensure that people won’t miss a pick whilst sleeping.

There is also a big decision to be made regarding the Draft Order option.  Here you can pick ‘Snake/Serpentine’ or ‘Fixed (Non-Snake/Non-Serpentine)’.  A snake draft means that the order “snakes” from one end of the draft board to the other, to make it as fair as possible.  The manager who picks first has to wait for all other managers to pick two players before they can pick again.  With a Fixed draft order, it does not snake from one end to the other.  The manager who picks first gets the first pick every single round.  Therefore, this is not a fair way to organize the draft order!

The final option is Draft Order Creation, where you can select a manual order yourself, or ask the Fantrax system to randomly create an order for you.  Here we would recommend deciding the draft order manually, prior to the draft.  This adds an additional aspect of fun within the league, as you will be able to get your league participants to partake in an objective activity to decide the order.  A popular activity is participating in a “watch-along” for a sporting event.  This could involve each manager picking the first goalscorer and time scored during an upcoming soccer game, with the draft order decided by who had the closest guess.

For further details on all of the settings required for setting up your Fantrax Draft, check out the ‘Draft’ section of our League Settings Walkthrough!

As we’ve outlined above, there are positives and negatives to each of these three Fantrax Draft Types.  Choosing the correct type based on your league setup is essential, as you will want your Draft Premier League season to commence with a great draft!  Picking the Draft Type that best suits your league will ensure a successful draft, and have all managers invested in your Fantasy EPL league.  Hopefully, this information will help you do so!!