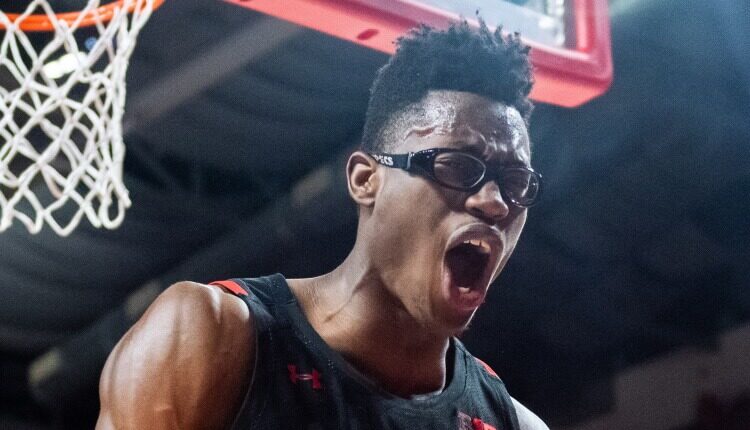 In January, we highlighted the Top Three Overlooked NBA Dynasty Targets, but let’s be honest: the NBA is constantly changing, and the importance of players changes with every disgruntled star, trade, or injury. So as we inch closer to the playoffs, I decided now would be a good time to update our list.

If you’re like me, fantasy sports attracted your attention because it gave your fandom some true purpose, and allowed you to finally show you’d be a better GM than anyone that actually has the job. NBA Dynasty leagues are the true essence of running a fantasy basketball team, as it’s not just for one season. You’re trying to build a championship threat, year after year, while protecting a handful of players from going into next year’s draft pool. With that, let’s get into our Top Three Overlooked NBA Dynasty Targets!

There are several factors that indicate who’d be most valuable to your squad. My assumptions are that you’re playing in a standard nine-category league, so I’ll be looking at age, usage rate, current stats, and outlook/value to team going forward. Let’s dive into it!

I’m just going to go ahead and copy and paste what I said from part one, because he’s still overlooked and undervalued:

Alperen Sengun was my favorite player coming out of the draft this year. I truly thought he’d win Rookie of the Year, which obviously won’t happen now, but that’s Houston’s fault, not his. I think he’s demonstrated what makes him special, and I want to highlight a few reasons why you should roster him immediately. First, he’s only 19 years old. He was the MVP of the Turkish League, which shows that as a child (which he still is, pretty much) he was able to dominate grown men, trying to feed their families, with aspirations of their own. Much like LaMelo Ball, and LeBron, he was/is a child basketball prodigy.

In averaging only 18 minutes per game, he’s currently averaging 9 points on 47% from the field, 5.3 rebounds, and 2.4 assists per game. He’s shooting 70% from the free-throw line, which is good for a big, and 26% from three, which I fully expect to improve. He’s also averaging 1 steal and 1 block. Chris Wood is currently in his way as the starting center, and I fully expect him to be dealt by the offseason (if not sooner). When that happens, Sengun will finally be unleashed. With a full allotment of starters minutes, expect Sengun to have early-round value. Per 36 minutes, he’d be averaging 17 PPG, 10 Rebs, 5 Asts, 2 Stls, and 2 Blks. That’s assuming no improvement. We haven’t even begun to tap into what Sengun is capable of. I’m telling anybody who will listen. We have a baby Nikola Jokic in our midst, and nobody seems to care.

Domantas Sabonis getting traded was not on my bingo card for this year’s trade deadline. But it happened. And that opened up a lot of usage and opportunity for bigs that made their way onto this Indiana Pacers roster. One of my favorite bigs for keeper leagues is Jalen Smith. He’s a 6’10” big out of the University of Maryland, and he’s got all the tools. In under 20 games with Indiana, he’s averaged 13 points, 8 boards, 1 assist, and 1 block in 25 minutes per game. He doesn’t shoot many, but he’s also shooting 40% from three with Indiana. I think the only reason he’s not getting 30+ minutes is that he has a knack for getting into foul trouble. Further, Goga Bitadze is getting starting center minutes. The bottom line is that Smith can be a truly special player, with “Embiid-like” impact if given the opportunity, and you should get him on your roster/buy low now.

This is largely a speculative play, but in dynasty leagues, you need to make some of those decisions. Cam Thomas made my honorable mention list in Part One of this article series, but I’m putting him in the mix this time around. Why? Well, because James Harden is now out of the picture in Brooklyn. That was quick. He decided he didn’t want to deal with KD being injured, and Kyrie not playing home games, so he got traded right before KD got healthy and Kyrie got cleared to play home games. Timing is everything.

Timing could be on Thomas’ side as he was drafted to be a scorer for the Nets, and with Harden gone, the 6’4″ rookie out of LSU could make a huge impact next year. He’s only averaging 9 points and 2 boards this year on 43% from the field and 27% from three. Nothing to call home about. However, per 36 minutes, he’s giving you 18 and 5. He’s a bonafide scorer and has had game-highs of 30 points, 7 points, 4 assists, 3 steals, and 3 blocks. Being the third scoring option in this offense is keeper league worthy, but in a scenario where KD or Kyrie miss time, he immediately becomes option two. Get him on your roster!

Fantrax was one of the fastest-growing fantasy sites over the last few years, and we’re not stopping now. We are the most customizable, easy-to-use, and feature-rich platform in the industry, offering the greatest fantasy experience for your dynasty, keeper, redraft, and best ball leagues. Fantasy sports doesn’t sleep, and neither does Fantrax, with seasons running 365 days a year. Take your fantasy leagues to the next level now at Fantrax.com!
NBA Dynasty
Share