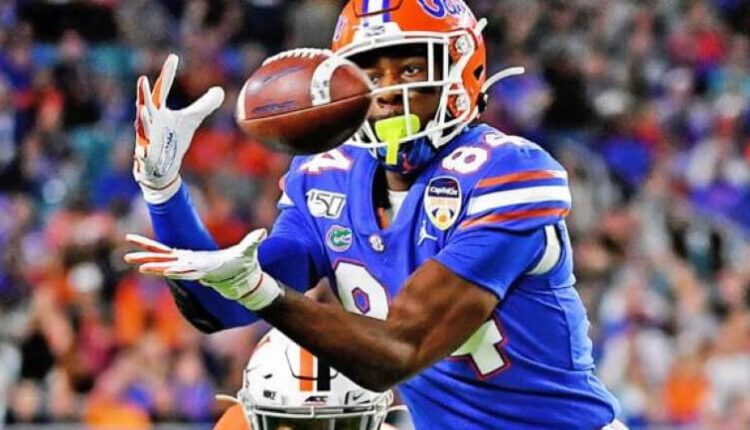 Tight end is perhaps the most difficult position to draft when it comes to fantasy football. There are very few elite TEs and the rest are drat throws in any given week. Rookie tight ends are even more difficult to project, and in the long run, there may only be two or three that actually become impactful fantasy assets. But in 2021, there is only one that I am targeting, and I am going to get him early.

Kyle Pitts is a certified monster. Coming out of the University of Florida, he was my #1 pass catcher in this entire draft class. He has elite size and speed that makes him too big for cornerbacks, and too fast for safeties. He is virtually unguardable if utilized properly. Thinking about what Atlanta managed to do with Hayden Hurst, all while Julio Jones was absorbing a ton of targets, one has to salivate over the ceiling here for Kyle Pitts.

Now with Julio Jones playing in Nashville, Calvin Ridley and Kyle Pitts are the guys in this offense now. I am so high on Kyle Pitts that I sometimes need to temper my expectations due to the fact that he has never played an NFL game. But mark my words he will be a top-5 tight end in this league. This season, there are only four guys that I can even justify ranking above Pitts: Travis Kelce, Darren Waller, George Kittle, and TJ Hockenson. That’s it. I’m targeting Pitts everywhere because elite production out of a tight end is hard to come by. Especially the type of production he could provide at the current ECR #56 overall player.

This is where the TEs start to really drop in the rankings. Basically, outside of Kyle Pitts, there are very few rookie tight ends that are worth rostering. Frieiermouth is one of those that is worth a stash in deeper leagues in the off-chance that Eric Ebron either declines, gets injured, or loses the starting role. With that said, this Steelers offense already has so many mouths to feed, so I would probably steer clear of reaching for a rookie TE that is second on the depth chart.

There is one more tidbit to monitor, and it is that Big Ben is likely in the last year of his career, and there is no denying that he cannot throw the deep ball like he used to. So in this case, they may partially shift the offense towards shorter routes in order to help him get the ball out faster, and this would surely benefit the tight ends.

Albeit, I still do not recommend targeting Ebron nor Freiermuth in 2021. There are better options out there.

I actually prefer Brevin Jordan to Pat Freiermuth simply to do with the landing spot. Houston is going to be bad this year, there is no getting around that. However, with the expectation that they will be playing from behind quite a bit, there will be a decent amount of passing in this offense. Whether Deshaun Watson is the one making those passes remains to be seen.

The reason I prefer Jordan to Freiermuth is that Jordan Akins is someone that could be overtaken on the depth chart. In other words, Jordan has an easier road to obtain the starting position should he perform well. However, at the end of the day, Jordan could be a starting tight end or barely see the field all season. That is just the chance you take when you draft tight ends. This is why this list of impact TEs is so short, and Pitts is the only one I am targeting.