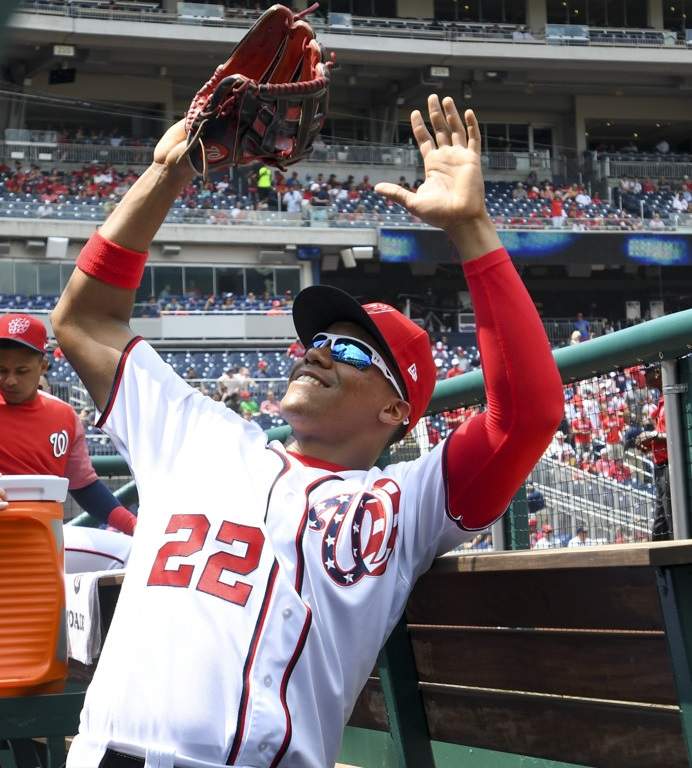 Hopefully by now you’ve caught the rest of my Points League Sleepers series, and buy into the great aspects of points leagues. You also know there are certain things that can make a player better in points leagues than say Roto leagues and vice versa. Steals are a huge category in Roto leagues. But because in most leagues they are only worth two points well… like in the MLB, they just aren’t as valuable. Walks don’t help you in Roto leagues but are a huge part of points leagues. Strikeouts lose you points and you get rewarded for hitting a double. These are the things you need to look for when searching for points league sleepers! Those without these traits are ones that lead to busts! Today we’ll look at the third base sleepers and busts for points leagues.

Points League Sleepers in the Outfield

As I have throughout the series, I will use Batter K%-BB%, meaning I will take their strikeout rate and subtract their walk rate. The lower the number, the better the points league hitter, as they will lose less points due to strikeouts and gain more due to walks. Those with a higher K-BB% are batters that are less valuable in points leagues.

Since outfield is so big, I will be breaking it up into two parts! This is the first, which covers the higher end options that get a boosts or loss of value in points leagues. The second will be deeper options!

Mike Trout and Mookie Betts are the first two to go off the board in all drafts. That shouldn’t change in points leagues, as Trout had a 0.3 percent Batter K-BB rate and Betts had 1.6 percent, the second and fifth highest among outfielders.

Aaron Hicks is valuable in Roto because he has that rare power-speed combo, slapping 27 homers and stealing 11 bases. He also scored 90 runs and drove in 79 RBIs. The one weakness he had last season was that he batted .248. However, he makes up for it in points leagues with a .366 OBP, largely in part to his 3.6 percent Batter K-BB rate. It also doesn’t hurt that he is currently projected to hit third for the Yankees.

Juan Soto is even better in points leagues than he is in Roto. Steamer currently projects him for 27 homers, 89 runs, 88 RBIs, seven steals and a .292 average. He hit .292 as a 19-year-old in 2018, which is amazing in today’s game. But what was more impressive is he had a .406 OBP and a 4.0 percent Batter K-BB rate. I totally understand if the home run pace concerns you given the fact that he had just a 34.8 percent hard hit rate and a 28.8 percent fly ball rate, compared to a 53.7 percent groundball rate. That is legitimately concerning to me and in Roto I am likely not going to pay that price. But because of his plate discipline, I think he is worth the risk in points.

Shin-Soo Choo is like the outfield version of Joey Votto. Perhaps that is too high of praise? Both are boring veterans that provide a super safe floor in points leagues. Choo always has a high OBP but improved it 20 points last season to .377. He had a 9.7 percent Batter K-BB rate. He’s also hit 21-plus home runs in two straight seasons and hit 30 doubles last year. He is a lock to outproduce his ADP in points leagues. He is an amazing fallback if you miss out on say a Brandon Nimmo.

Speaking of Mets outfielders, I am still a sucker for Michael Conforto. He had a breakout 2017 season until he blew out his shoulder swinging a bat. He came back ahead of schedule in 2018 but struggled mightily early on. Conforto got hot at the end of year, swatting 14 home runs in the final two months. He had a .330 ISO in the month of September. Perhaps it was weaker competition. But perhaps it was him returning to his pre-injury form. Either way, as the 28th outfielder off the board, according to Fantrax ADP, I am willing to find out. Also, he had an 11.7 Batter K-BB rate on the season. Boost in points leagues!

Ah, Nick Markakis. I am consistently the highest ranker on Markakis because everyone else does for Roto and I do points. Those who do points also may not see the value in Markakis. He had a 1.1 percent Batter K-BB rate, the fourth highest among all outfielders. Many are not going to believe in the 14 homers or 93 RBIs and really I don’t blame them. But even if he returns to his two previous seasons you’re looking somewhere like 72 runs and 80 RBIs. Plus, he walks a lot, limits strikeouts and… doubles! Markakis has hit 38-plus doubles in four straight seasons. Despite that, he is the 64th outfielder off the board at pick 273 overall on average. If you thought he was better last year I should tell you he was the OF12 in points leagues last year. There is huge value to be had with Markakis. He has a higher ceiling in this format and his floor is so trustworthy.

Other OutFielders with a Positive K-BB Rate:

Yasiel Puig- 11.5 percent (one of my favorite outfield breakout picks)

Tyler O’Neill is a player I am very intrigued about. He had a 45.3 percent hard hit rate, a 48 percent fly ball rate (member of what I dubbed the 40/40 club). He also had 12.0 Brls/PA%, the second highest in MLB. That is super exciting, except he had a 40.1 percent strikeout rate and just a 4.9 percent walk rate. His 35.2 percent Batter K-BB rate was the highest among all outfielders. I will leave my fliers of him for my Roto leagues.

Franchy Cordero has a nice power-speed combo that makes him valuable in Roto leagues. It also doesn’t hurt as much if he platoons in a Roto league as it does in points. He not only finds himself in a crowded outfield, but he sports a 26.6 percent Batter K-BB rate. Leave fliers for him to Roto leagues.

Wil Myers gets a boost in Roto due to his running ability. Yet, he had a strikeout rate of 27.4 percent last season. Before you blame an injury-plagued season, it was percentage points higher in 2017. He walks a decent amount, 8.7 percent in 2018, but not enough to overcome for the strikeouts. He had a 18.7 Batter K-BB rate, which is not ideal for points leagues. He will be overdrafted in points, make sure you are not the one pulling the trigger.

Other OF with high Batter K-BB rate:

Have you been enjoying Michael’s Points League Sleepers series? For more great rankings, strategy, and analysis check out the 2019 FantraxHQ Fantasy Baseball Draft Kit. We’ll be adding more content from now right up until Opening Day!