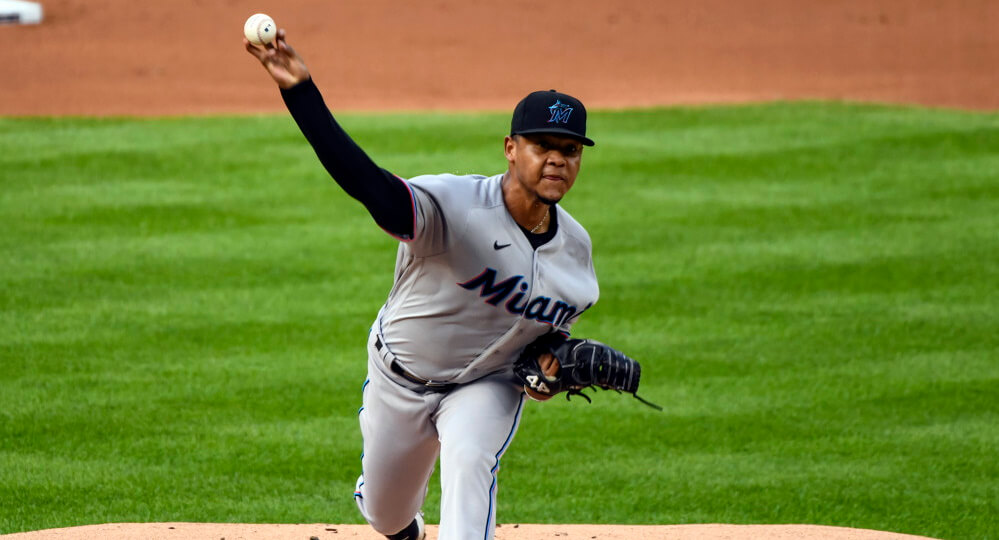 Nic Civale is a Doctor of Physical Therapy and former NCAA Division I Baseball athlete. He combines his knowledge of anatomy and physiology with that of baseball mechanics to provide expectations for players who will be rehabbing this offseason. Utilize The Offseason Injury Report to start your planning for 2021 drafts and keeper decisions.

Elieser Hernandez is one of many electric young arms on an exciting Miami Marlins team. He had dominated AAA hitters in the past few years and began to show signs of a true breakout campaign in 2020. In 6 starts this year, Hernandez flashed a beautiful 3.16 ERA, 1.01 WHIP, 11.9 K/9, and 6.8K/BB. Each of those stats seems to impress more than the last, and there is a lot to be excited about with this young stud.

Hernandez, unfortunately, saw his season end with a latissimus dorsi (lat) injury that eliminated his hopes of pitching in his first postseason. Lat injuries can be difficult to give an accurate prognosis for return,  have been known to linger longer than the initial projections. Corey Kluber was the most notable pitcher with a lat injury this season; he missed the entire year after leaving his first start prematurely. The initial projections had Kluber more optimistically set to return sometime in August. There is little information circulating about the severity of the injury or how Elieser’s rehab is going, which is not unusual. But the analysis I’d like to make today is going to relate more to pitching mechanics than rehabilitation.

When looking at Hernandez’s pitching mechanics, it took about 10 seconds before a lightbulb went off in my head. The follow-through post-release looks very much like Cleveland’s Triston McKenzie’s. Both are excellent arms, but the similarities make things a bit eerie, as McKenzie missed the entirety of the 2019 season with a lat injury (coupled with some pectoral issues).

The two young pitchers have very different body types. Hernandez stands 6’0″ and 214 lbs, while McKenzie has a 6’5″, 165 lbs. frame, but both exhibit an interesting method of slowing down the pitching arm. Each of their throwing arms releases the ball and continue to move at exceptional speed all the way until it makes contact with the left side of the trunk. In MOST pitchers, the throwing arm is mostly slowed down considerably before it makes contact with the side of the body, but with Hernandez and McKenzie, it appears as if there is little effort or ability to eccentrically control the motion of the arm. You can even notice a late recoil of sorts AFTER the right arm hits the left side. A possible explanation is that they are trying to slow the arm down, but the arm speed is so great that the muscles can’t quite slow the momentum of the limb until it hits another solid object. Comparing this method to someone like Jacob DeGrom or Gerrit Cole, who have been standards of pitching excellence, we can notice how the much softer contact the two Cy Young winners make onto their left side.

This is purely an observation of two young pitchers who have similar follow-throughs and now have developed similar injuries. There is no evidence showing that this is a direct correlation between pitching mechanics and injury. But knowing how the lat gets stretched violently with the follow-through motion of a pitcher, it may be reasonable to assume that a slow and controlled deceleration may be less aggravating to the musculature. Without EMG testing and motion analysis data, this is more of an educated observation than a fact. But it worries me seeing Hernandez’s arm slam into his side, jarring the musculature that is currently being stretched, as well as the surrounding capsule and labrum.

So now we must look at the return of Elieser Hernandez with a more powerful magnifying glass. Without any setbacks, he should easily be full strength by the time pitchers and catchers report (HOPEFULLY) to spring training in February. At that time, we should have a clearer picture of what his bullpens and simulated games are looking like.

I hope I am wrong when hypothesizing that their pitching mechanics have anything to do with their lat injuries. The numbers that Hernandez and McKenzie have cultivated over the past few years have been extremely impressive in many ways, and an article about their accomplishments could be 10 times the length of the one you’re reading here. I hope that both these young men have long, healthy and successful careers. I, for one, am very interested to see if there is any mechanical change in the follow-through and how this may affect his performance.

Did you enjoy Nic’s MLB Offseason Injury Report? Then you’ll definitely want to keep track of all our 2020-21 MLB Offseason Analysis.