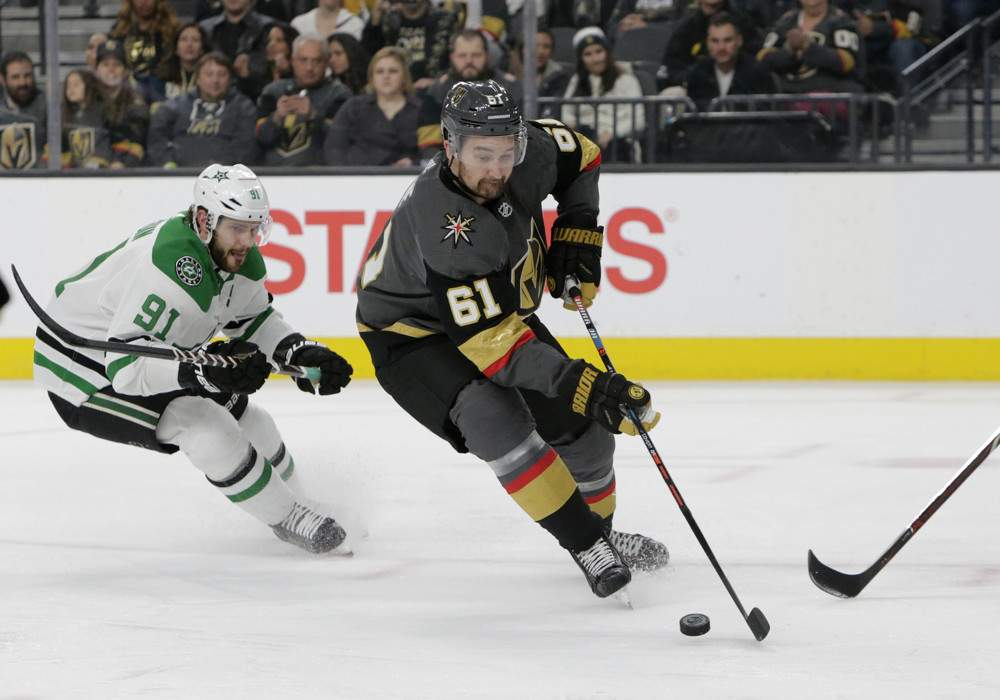 The NHL Trade Deadline has come and gone, and it was quite an eventful day. Now that the dust has settled, let’s take a look at who were the trade deadline winners and losers.

Vegas Golden Knights: The Knights reeled in the biggest fish by acquiring Mark Stone. A high price was paid for Stone as Vegas gave up a big part of their future in Erik Brannstrom. Vegas clearly wants to win now after coming so close in their opening season. Stone immediately receives an uptick in value, as do his new linemates William Karlsson and Jonathan Marchessault. Reilly Smith’s value takes a dip as he drops to the second line, as does Alex Tuch who moves to the bottom six forward group. Stone becomes the Knight’s highest scorer with 62 points, while Tuch is a distant second with 43 points.

Columbus Blue Jackets: The Jackets went all in, acquiring Matt Duchene, Ryan Dzingel, Adam McQuaid, and Keith Kinkaid. Most importantly, they kept pending UFA’s Artemi Panarin and Sergei Bobrovsky. All players mentioned should see their fantasy stock rise, as would other core players such as Pierre-Luc Dubois and Seth Jones. The roster has improved, meaning more quality players to pick up the scoring and more wins for the goaltenders. Anthony Duclair can also be considered a winner as he’ll get (yet another) fresh start with the Senators.

Winnipeg Jets: There was a need to upgrade their center depth and did so by trading for Kevin Hayes. Similar to adding Paul Stastny last year, Hayes can center the second unit, allowing Bryan Little to drop down to the third line. All of the Jets wingers get a boost in value now having more quality centermen to play with. They also added some depth defenders in Nathan Beaulieu and Bogdan Kiselevich to help offset the absences of Dustin Byfuglien, Joe Morrow, and Josh Morrissey.

Nashville Predators: The Preds are no strangers to making a splash and they did so again this year by swapping Kevin Fiala for Mikael Granlund. Fiala has taken a step back this year, with just 10 goals and 32 points compared to last season’s 23 goals and 48 points. Meanwhile, Granlund is up to 49 points after posting at least 67 points in his past two campaigns. Granlund is awaiting the birth of his child (talk about a hectic weekend), but when he makes his Predators debut it will give him a boost in value, as well as his linemates. Wayne Simmonds was also brought in and should help the Preds on the power play where they sport a league-worst 12.2 percent success rate.

Ottawa Senators: The Senators traded away their top three goal scorers in Mark Stone, Matt Duchene, and Ryan Dzingel. They may have received good future value in their returns, but any team that removes that much talent from their lineup is going to be considered a loser. Their top goal scorer remaining is rookie Brady Tkachuk, who has 14. The talent in Ottawa has vastly depleted meaning you should steer clear of Ottawa players down the stretch.

Dallas Stars: The Stars picked up Mats Zuccarello and got him for what seemed to be an affordable price. In his first game with Dallas, he tallied up a goal and an assist and was looking like a shrewd pickup. But then he got injured and is expected to miss four weeks with a broken arm. A second and third-round draft pick suddenly becomes a high price to pay for just 13:35 ice time of Zuccarello. For that reason, they have to be considered losers, but it’s through no fault of their own. Hopefully, Zuccarello can return during the regular season and help the Stars for a couple more games before the playoffs.

Calgary Flames: The Flames had a quiet deadline, with their lone acquisition Oscar Fantenberg. Calgary does sit atop the Western Conference, but their division rivals made moves – San Jose with Gustav Nyquist, Vegas with Mark Stone – so an argument could be made that it would have been wise for the Flames to make a more significant move. Especially considering how hot and cold their goaltending has been, standing pat could come back to bite them.

Pittsburgh Penguins: The Pens are usually big time buyers at the trade deadline, but that wasn’t the case this year. They’re in a dogfight to secure a playoff spot, with Montreal, Columbus, and Carolina all neck and neck with one another. They brought in Erik Gudbranson and Chris Wideman while shipping out Tanner Pearson and Jean-Sebastien Dea. They’re really hurting on the blue line, with Kris Letang, Olli Maatta and Brian Dumoulin out. They made the deal to bring in Nick Bjugstad and Jared McCann earlier in the month, but it hasn’t been enough to get Pittsburgh going. If they end up missing the playoffs, they’ll be kicking themselves for not getting an impact defenseman.