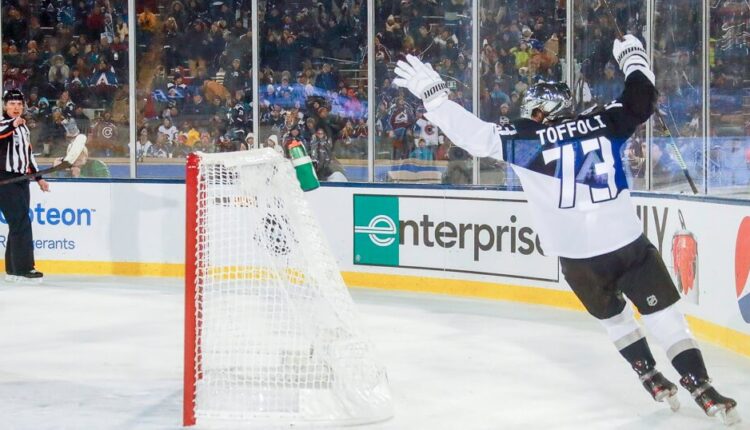 It’s rare that a Wednesday Night slate is as full as it is tonight, so let’s get our NHL DFS picks in. The trade deadline is five days away, so it’s entirely possible the DFS board looks different than it did last week. Tyler Toffoli, was traded to the Vancouver Canucks a few nights ago, so what’s the fantasy impact?

*All NHL DFS picks geared toward the Fanduel platform. Fanduel uses a salary cap of $55,000.

Horvat got his wish when the Canucks acquired Toffoli ahead of the trade deadline. He’ll be looking to take advantage of a weak Minnesota Wild team with his shiny new winger slotting on his left wing. The Wild have dropped three of their last four games, and with their penalty kill second-worst in the league, 30th overall, at 74.9%, Horvat is worth the $6,200 price tag. Toffoli fills the void of an injured Brock Boeser, and the Canucks power play remains elite.

There are many reasons to stick with Canucks players against the Wild tonight. Toffoli will be looking to make an instant impact in front of his new hometown crowd. The sniper is coming off a hat-trick in the Winter Classic against the Colorado Avalanche and has four goals in his last two games. As mentioned earlier, Vancouver’s power play is elite and Toffoli slots in Boeser’s spot, giving him exposure to Horvat, Elias Pettersson and Quinn Hughes. $5,600 is a bargain so let’s get him in our NHL DFS lineup. Don’t be surprised if the price tag goes up after tonight.

In 46 games played against the Anaheim Ducks, Keith Yandle has recorded 36 points. It’s no secret the Ducks have struggled this season, with only the Los Angeles Kings behind them in the Western Conference. The Ducks are at the bottom of the league in killing penalties, while the Florida Panthers score on the power play more often than not. Yandle is the quarterback of a Panthers power play that features Jonathan Huberdeau, Aleksander Barkov, Mike Hoffman and Evgenii Dadonov. That’s plenty of fire-power to tap into, and at just $4,600 the exposure is cheap.

The Chicago Blackhawks have dropped seven of their last eight games, and in the lone win, they still gave up four goals. Igor Shesterkin and the New York Rangers are trending in the opposite direction, winning four of their last five games. Shesterkin is expected to return from injury tonight, and if you have the chance to play the super rookie, you should. The young netminder has shown the ability to take advantage of weaker teams, and hand tough with the stronger teams. He boats an impressive 6-1 record, with a .941 save percentage and 2.18 goals against average. In his lone road start, Shesterkin led the Rangers with a 42 save performance. Insert Shesterkin into your NHL DFS lineups at $8,100.

Since Kailer Yamamoto has been recalled, he’s been an absolute stud. Connor McDavid might make his return from the injured list tonight, so things can only get better for Yamamoto. Whether he is slated on McDavid or NHL leading point scorer, Leon Draisaitl, Yamamoto is primed for another big game. With 12 points in his last 10, the young winger seems to have figured out how to skate with the big dogs in the NHL. Yamamoto comes with first line and first unit power play exposure. That, plus the exposure to McDavid and Draisaitl, $4,700 is an absolute steal. Buy in for your NHL DFS lineups.

Like these NHL DFS Value Picks? Then check out our full slate of Fantasy Hockey coverage.