Has the Next Crop of Fantasy Baseball Aces Arrived? 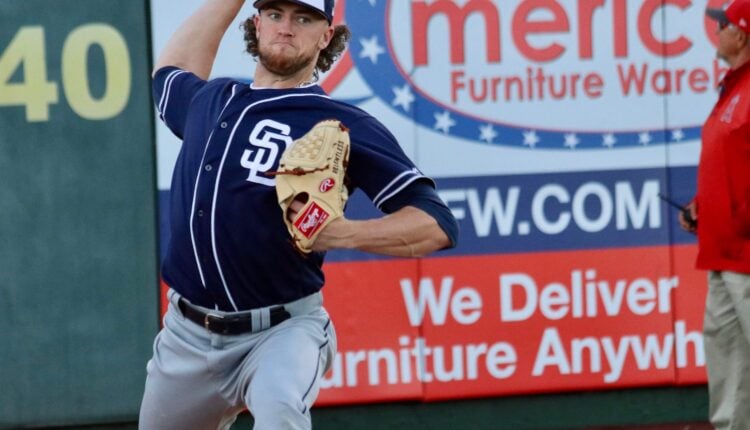 If you follow some fantasy baseball writers on Twitter, you have probably heard this expression once or twice, or 10 times… “ Are there any aces anymore?” Should be aces like Carlos Carrasco and Noah Syndergaard have ERAs over 5.00, while Gerrit Cole’s is over 4.00 and Max Scherzer, Jacob deGrom and Blake Snell are in the high three’s. Yeah, it has been a strange season for aces, especially considering there was a premium cost on them in draft season, higher than in any season I can remember. While those aces are struggling out the gate, a bunch of young pitchers have broken out and are looking to take their place amongst the leagues best.

There are currently just 14 starting pitchers with a strikeout rate of 30 percent. This group of pitchers is filled with the aces we payed a premium for such as Cole, Snell, James Paxton, deGrom, Scherzer, Carrasco, Stephen Strasburg, Justin Verlander, and Chris Sale. There are also pitchers that we thought could take the next step into acehood, such as Charlie Morton and Luis Castillo. But the pitchers that we did not expect this from just over a month ago, can we trust them to be a new crop of aces?

Next Generation of Fantasy Aces

Caleb Smith has certainly pitched like an ace this season. He currently has a 34.8 percent strikeout rate, which is third among all qualified starters in baseball, behind only Cole and Snell. His 27.3 percent K-BB rate is the fifth-highest in all of baseball, behind just Cole, Scherzer, Snell and Carrasco. That is elite company to be in, regardless if we are six weeks into the season or not. He has a 15-percent Whiff rate or higher on each of his three pitches. He also has a 40 percent or higher strikeout rate with two strikes on each of his pitches, meaning that when he gets a batter to two strikes… good luck, hitters. He also is getting batters to chase at pitches outside the zone 37.5 percent of the time, the most among all starters in baseball! Lastly, only Snell (18.2) has a higher swinging strike rate in the MLB than Smith at 16.7 percent. This proves that the strikeouts can be trusted, but what about the ratios?

Smith currently has a 2.11 ERA, 2.88 FIP and 3.01 xFIP, showing that while the ERA may climb, it will stay below or around 3.0. He has limited hard contact to just 32.3 percent, which is well below league average for starters (37.6 percent). The only numbers that really jump out to me as unsustainable are the .239 BABIP and the 90.3 percent strand rate. Between 2016 and 2018 (juice ball era), no qualified starter has ever finished with a strand rate over 90 percent, while only four finished above 85 percent. In that span only two pitchers finished with a BABIP under .240. While those numbers will normalize a bit, the ERA will climb closer to the FIP and the 0.89 WHIP will rise a bit. Still, he has elite swing-and-miss stuff and we definitely have an ace in the making before our eyes.

Chris Paddack is taking the league by storm! The sheriff came into the season with high expectations, but even the biggest Paddack fan likely didn’t expect the results we have seen so far. Paddack currently has a 30.7 percent strikeout rate, the 10th-highest among qualified starters, and a 24 percent K-BB rate, the 14th highest. He has the eighth highest chase rate (36.2 percent) and the 16th highest swinging strike rate at 13 percent. The swing-and-miss stuff with Paddack is legit and owners should not question it. But what about the 1.55 ERA? I think even the biggest Paddack fan would be hard pressed to think that will continue the rest of the way. However, he doesn’t need to maintain that to be an ace. Currently, his FIP sits at 2.32 and his xFIP at 3.42. Why the big change between the two? Well, despite a 47.3 percent hard contact rate and a 40.9 percent flyball rate, he has a fortunate 5.3 percent HR/FB rate. More balls will leave the park, but I still think he is capable of pitching to a 3.00 ERA, perhaps lower, due to the swing and miss stuff. Paddack is on the brink of ace-hood and should certainly be treated as a Top-20 pitcher going forward!

Matthew Boyd is a player I was (sadly) too low on heading into the season. He’s got a 31.3 percent strikeout rate, the ninth highest in baseball. Boyd’s swinging strike rate is 14.5 percent, the eighth highest, and his 34.4 chase rate ranks 16th among qualified starters. There is enough evidence to trust the strikeout numbers going forward. So far this season he has pitched to a 2.86 ERA and one ERA indicator even suggests he has been unlucky. Currently, his FIP is 2.30, which is lower than the ERA. However, he has a 3.41 xFIP and 3.13 SIERA. Going forward, I think fantasy owners should expect an ERA around three. Much like Paddack, the xFIP is high because he has a 36.1 percent hard-hit rate and a 42.9 percent flyball rate, but just a 5.9 percent HR/FB rate. That should increase, which will lead to a higher ERA, but unlike Smith, I do not expect further regression than that. His BABIP is .275 and his strand rate is 72.7 percent, both of which are sustainable going forward. The Tigers have been searching for an ace since they lost Verlander, but they found him in Boyd!

Hyun-Jin Ryu is not only a fantasy ace, he is the Dodgers’ ace as well. He leads Dodgers starters in innings pitched, strikeouts, ERA, FIP, xFIP, WHIP, strikeout rate and more. Ryu ranks 22nd in strikeout percent (27.6), 15th in FIP (3.00), second in WHIP (0.81) and first (!!) in xFIP (2.50). There is a ton to like about Ryu right now and not a whole lot to dislike. The 94.2 percent strand rate is entirely too high and is not sustainable, but the .255 BABIP is not far off from what it was last year (.281). While he does have a 40.5 percent hard-hit rate, he keeps the ball on the ground (47 percent) and has just a 26.1 percent fly ball rate, with a 20 percent HR/FB rate that should decrease. Dating back to 2002 (as far back as we can track), only two pitchers have ever finished a season with a HR/FB rate over 20 percent. Only four have ever finished with one higher than 19 percent. It also explains why the xFIP is so low. Ryu has struggled to stay on the field in years past, but as long as he is healthy, you should value him appropriately- as a Top 20 pitcher, and perhaps I am being too low with that assessment.

Quick Hits – Improving Pitchers to Take a Shot On

Tyler Mahle has a 26.1 percent strikeout rate, has limited walks, and despite a 3.69 ERA, he has been unlucky. Currently, he has a 3.31 FIP, 3.08 xFIP and is getting more groundballs than ever. Mahle has thrown his curveball over 22 percent of the time this year, while it had seldom been used in the past. His usage on that pitch was below 3 percent the past two seasons. Other than his changeup (16.28) his curveball has the highest Whiff rate of his pitches, at 11.18 percent. He is a new pitcher this year and is still available in a ton of leagues. Grab him!

Jake Odorizzi quietly has a 26.6 percent strikeout rate, to go with his 2.78 ERA. He has a 3.08 FIP and 4.49 xFIP, as his 4.9 percent HR/FB rate is simply unsustainable. Odorizzi is getting more strikeouts than ever before, while limiting hard contact, plus he has gone deeper into games in his last two starts. Odorizzi will never be a fantasy ace, but he can be a useful arm for you while he is pitching well.

Luke Weaver and Mike Soroka faced each other on Thursday night! Both of these young pitchers have been racking up strikeouts and pitching extremely affective. As of the time of writing, they had not yet pitched, but I felt the need to include both of them, as they are not far off from belonging in that first group of new fantasy aces!

All stats entering Thursday, May 9.

Is Todd Gurley a Fantasy Season-Killer in 2019?