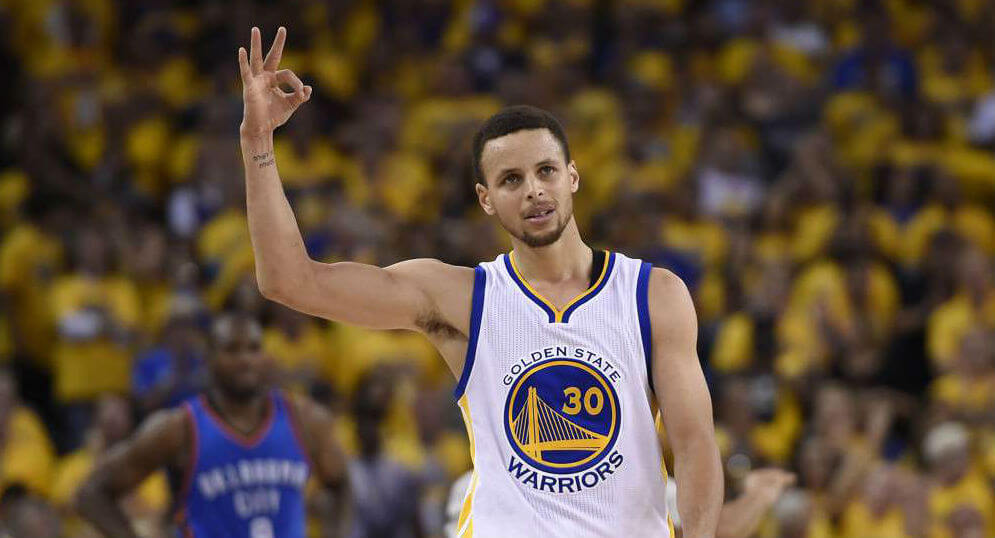 Boasting what could potentially be the top 4 teams in the west when healthy, The Pacific is easily the most stacked division in the NBA. Even though the talent on the court is undeniable there exist many unfinished storylines. Will the Clippers win anything with Kawhi Leonard, and will he even play this season? Do the Golden State Warriors leap from out of the playoffs to the top four in the west, and does Klay return to fantasy prominence?

Lebron James & Anthony Davis – I paired them because not much needs to be said about these two. Despite Lebron’s relative decline, and AD’s propensity for tweaking or breaking something, they are both very clearly top 15 fantasy products in any format.

Where Does He Fit?

Russell Westbrook – Coming off another triple-double averaging season, Russ joins LBJ and AD as the third piece to the puzzle. It seems unlikely he’ll average 22, 11, and 11 but his work rate is undeniable, his presence will allow Lebron and Davis to take games off every now and again, and Westbrook should benefit from that. With Lebron likely serving as the main ballhandler, Russ could see his assist numbers, but rebounding is about effort and he isn’t likely to fall short there. The biggest concerns about Westbrook from a fantasy standpoint remain the same, can he hit ANY threes, and will his FG% be adequate. The issue is, you could live with those holes when he was averaging a triple-double, and steep dip form in those stats could almost make him un-rosterable.

Wayne Ellington, Kendrick Nunn, Talen Horton-Tucker, maybe Malik Monk, or Kent Bazemore? The most interesting spot, with the least amount of clarity within the Lakers depth chart, is undoubtedly who plays the bulk of the minutes at the off guard and small forward. No one on the Lakers outside of the big three is worth taking a late-round flyer on, but the shooting ability of Malik Monk and Kendrick Nunn should make them options to pick up if you’re chasing points.

Devin Booker – The Suns made an amazing run to the finals last year on the shoulders of their backcourt duo of Chris Paul, and Devin Booker. Beyond the winning though, Booker took a bit of s step back from a fantasy standpoint, losing over 2 assists a game, shooting less frequently and a lower percentage from three, and not picking up any meaningful numbers across all categories.

What remains is a 25-year old (come Oct 30) who is an elite scorer from anywhere on the floor who has essentially averaged 26, 4, and 4, three consecutive seasons. Most outlets have him as a top 30 fantasy player which means if he actually falls that far, you could find good value here due to his perceived regression. Booker has seemed to hit his value floor of the last 3 years, and if the Kentucky product is there in the mid-late third round, you shouldn’t hesitate to take him.

Which Direction Is He Headed?

Chris Paul – I would be totally remiss not to mention that Booker’s decline in assists and likely other stats are directly correlated to the success of Paul. With his near 4-1 assist to turnover ratio and 16, 9, and 4 line for the 20-21 season, Paul’s on-court presence led a non-playoff team a year before to the NBA finals.

With his elite level of efficiency, and assist numbers Paul should remain a top 40, first 4 round option, and potentially even a late third-rounder in turnover leagues. He showed no signs of relinquishing form though his overall usage and minutes are down.

Deandre Ayton – Like Booker, his numbers declined across the board in the 20-21 campaign, by nearly 4 points, 1 rebound and 5 shot attempts a game. While I expect Booker to bounce back, and become a better three-point shooter, amongst other things this may just be where Ayton lives. There is certainly nothing wrong with a center that can get you 14, 10, and a block. But for the Suns front office who passed on Luka Doncic, and for eager fantasy owners, those numbers don’t cut it for a number 1 overall pick.

Ayton who flashed three-point range in his year at the University of Arizona doesn’t even attempt one a game now, and while his interior defense is improving, at only 1.2 blocks per game and a half a steal his defensive stats can’t make up for his lack of offensive performance. Where he won’t hurt you like other bigs is from the charity strike, Ayton is a 75% FT shooter through his first 3 seasons, if you’re building a categories team to win FT% he could be a great choice.

With Dario Saric out for the season, it leaves a hole in Suns forward rotation likely to be filled by starting Mikal Bridges and Jae Crowder, with Cameron Johnson backing up both.  Bridges projects to be a late fifth, early sixth-round pick with potential to hit well over 2 threes a game, and decent defensive stats. The intrigue lies with Cameron Johnson, a fantastic streaming choice much of last year. His 2 threes a game could jump to nearly 3 a game if he inches closer to 30 minutes a night, from 24. He won’t be drafted in anything but deep leagues, but should still remain an elite streaming option if your team is chasing three-pointers made.

Stephen Curry – A top 5 fantasy player in any format, likely a top 2 fantasy player in points leagues, Steph is one of the greatest to ever do it, and he showed that again last year. As I mentioned he’s even better in points leagues, but the guy can single-handedly will your team to victory in three-pointers made in a given week, so his prowess in category format is nothing to scoff at.

Worth a Roster Spot?

Klay Thompson – Unfortunately, there isn’t a simple answer to this question. The latest news out of Warriors Camp is that Thompson could be good to go as early as December. That being said, after missing two consecutive seasons with an ACL, then an Achilles injury it is unlikely Golden State will rush their star back. Even upon return, Klay is likely to see minutes restrictions and usage limitations, potentially for months.

Aside from questions of when his return will happen, what his return will produce looms over his career. Can he come back and be the elite three-point shooting, lockdown defender that is a must roster? It seems bullish to predict he can ever reach his former levels in fantasy, but he certainly warrants a very late-round stash pick this season, especially if your league allows more than one IR slot.

James Wiseman – The center now in his second year suffered a meniscus tear in his right knee in April, but still has no timetable for return. Similar to Thompson, no one expects the Warriors to rush Wiseman back on the court. But, Unlike Klay, Wiseman at 20 years old is a building block for a Warriors future beyond Steph and Klay, or a potential trade chip to bolster their current roster. Those variables will likely keep the big man sidelined, and limited for most of the season. Even with all of that said if you play in a deep or keeper league, he could be worth a flyer in the last round or two. His three-point shooting from center eligibility will make him enticing, and the overall upside with blocks and rebounds remains, despite the injury.

Paul George –  With the recent news out of Clippers camp suggesting Kawahi Leonard may not be ready until spring 2022, George’s value has skyrocketed. The 6’8 forward is the clear offensive focal point for the Clippers heading into the new campaign, and in a postseason mostly devoid of Kawhi, PG13 averaged 27 pts, 9 reb, 5.5 ast, 1 stl, and 2.7 threes per game. There is no reason to think those numbers should remain high, and stretch to even gaudier territory especially in 3 pointers made, steals, and assists. In 12+ team leagues, I wouldn’t even say its a stretch to see George land as a first-round pick.

It’s crazy to think that the Clippers may not have a single-player outside of Paul Geroge get drafted in standard format leagues. Ivica Zubac and Serge Ibaka split time at the five and offer streaming options in rebounds and blocks when one of the two is injured, and the other consumes the newly available minutes.

At Guard, Eric Bledsoe and Reggie Jackson project to earn the starting roles, both an absolute thorn in fantasy owner’s sides, due to lack of consistency and production for nearly a decade. Where the value may be, is in Terance Mann.  Mann, a second-year guard out of Florida State lit up the Utah Jazz to the tune of 39 points, eventually sending the clippers to an improbable Western Conference Finals. He couldn’t come close to replicating that performance in the WCF, but with Kawhi out, Mann should get ample minutes and has a huge defensive stat and three-point shooting upside.

De’Aron Fox – Coming off his best fantasy campaign, Fox looks to jump into top 25 conversations this season. At 25 pts, 7 ast, 1.5 stl, and increasing his three-pointers made from 1.1 to 1.8, his future seems bright. What could hinder his progression is the draft habits of his own team. Taking guard, Tyrese Haliburton in 2020, and Davion Mitchell in 2021 Sacramento’s backcourt rotation has gotten real spicy.

If the Kings depth chart is to be trusted, they plan on starting the lanky second-year guard this season alongside Fox. Sitting outside the top 100 on most fantasy rankings, that may need to be adjusted now. The organization has always liked the idea of Hield’s scoring punch off the bench, as they had him initially after the DeMarcus Cousins trade. Unfortunately, the lack of talent forced their hand and thrust him into a starting role.

Haliburton is clearly the best creative passing and rebounding guard on the roster, and averaged 13 pts, 5.3 ast, and 3 reb, across 30 minutes per game last year. And while at 30 minutes per, those stats don’t jump off the boxscore it seems he has a lot left in the tank including improving on his 2.1 three-pointers made and 1.3 steals per game.

The best reason to be high on him is the likely roster turnover that could see his positional competition decrease immensely, as I’ll touch on next.

There seems to be a good chance with a young, but uneven roster containing many homogeneous parts the Kings may take a page out of the 2020 Orlando Magic book and burn it all down. Sacramento finished last season with the worst defensive rating in the history of the NBA. To be fair the Portland Trailblazers had the second-worst, and much of this can be traced back to the prevalence of three-pointers. That being said, “worst of all time” isn’t a monicker any franchise can live with for long.

With steady offensive contributors like Fox, Hield, Harrison Barnes, and a young, but disappointing piece in Marvin Bagley III the Kings could field, and seriously consider offers from across the league on a number of players if they aren’t sniffing the playoffs by the trade deadline.

So while the Kings very strangely have upwards of 5 or 6 rosterable players between Fox, Haliburton, Hield, Barnes, Bagley, and Richaun Holmes there is a good chance most of them have different roles in different homes by the end of the season.