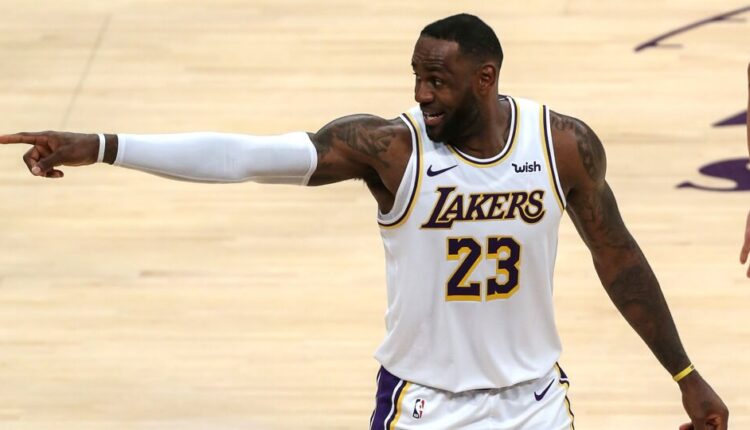 It’s been a long, great season. Who knew we would’ve been able to get through it, relatively unscathed? Sixteen teams are left. The best of the best. With the playoff seeding set, let’s break down who is most likely to hold the Larry O’Brien. Here’s Fantrax’s NBA Playoff Preview:

I’ve got to hand it to Memphis…I didn’t think that they would be able to knock off the Warriors with Steph playing at an MVP level. The Jazz are a different animal though. There’s a reason they’re 30-plus games over .500. Donovan Mitchell will be back in the lineup, so it’s fair to use their season-long rankings to size these teams up. Utah’s net rating is 1st in the league, while Memphis is 15th. Defensive ratings are 4th and 6th, respectively, so I anticipate some old school, grind ’em out, 90-80 game scores. Offensive ratings are 3rd and 15th, respectively. Utah is better than Memphis at every facet of the game. Utah wins this series.

I’ve watched Dallas all year and I still don’t understand how they’ve managed to become a five seed. Their net rating is 10th in the league, which is very good, but their defensive and offensive ratings are 20th and 9th, respectively. With a team like Dallas, I expect their offense to struggle in the playoffs. They’ve only got one star and LA’s defense will focus on Luka and make the others beat them. The Clippers’ defensive and offensive ratings are 8th and 4th, respectively. LA has a net rating that’s 2nd best in the league but has the 4th seed in the West. Dallas got a tough draw and will lose this series.

Net ratings for Denver and Portland are 6th and 12th, respectively. Offensive ratings are 7th and 2nd, respectively. Defensive ratings are 12th and 29th, respectively. The game slows down in the playoffs, so I don’t imagine that the gap in offensive firepower will put Portland over the top. In fact, Portland is so terrible defensively, that I think it will be their demise. They got Robert Covington to fix this exact problem, but it hasn’t been enough. Denver is the better team, with or without Jamal Murray. Denver wins this.

This is the one. This is the matchup that I think is most likely going to seven games. Net ratings for Phoenix and LA are 3rd and 8th, respectively. Defensive ratings are 9th and 1st, respectively. Offensive ratings are 5th and 24th. Typically, I’d say that the gap in the offensive ratings will push Phoenix over the top, but there’s a reason that LA is favored in this one. Experience. Phoenix hasn’t been in the playoffs in anyone’s recent memory. LA is the reigning champion. LeBron has also never lost in the first round of the playoffs. Take the Lakers.

If you’ve read any of my DFS articles, you’ll know I’m a Wizards homer. I want to pick the Wiz. I really do. I actually think they can win. But looking at this matchup from an empirical perspective, the 76ers and Wiz are 5th and 21st in net rating, respectively. 2nd and 19th in defensive rating. 13th and 18th in offensive rating. The Wizards are better than all of these numbers, but they’re still not better than the 76ers. It hurts me to say it, but it’s true. Don’t be surprised if the Wizards take this one to 7, though. Russ and Brad aren’t going down easy.

New York is good. Let’s just accept this and move on. Honestly, it’s harder for me to accept the Hawks are good than the Knicks. Net rating leans toward Atlanta at 9th vs. 11th. Defensive ratings are 3rd vs. 21st in favor of New York. Offensive ratings are 8th vs. 23rd in favor of Atlanta. This is great offense vs. great defense. Defense will matter more in the playoffs when the game slows down. I like the Knicks in this one.

Bucks vs. Heat net rating matchup is 4th vs. 17th. Their offensive rating is 6th vs. 17th, respectively. Their defensive rating is 10th vs. 7th, respectively. This is the toughest matchup in the East. The Heat are a different team with Jimmy Butler and he’s demonstrated he can single-handedly carry a team through the playoffs. The Bucks are consistently great, but can’t get over the deep playoff hump. Giannis also didn’t sound particularly confident in his team’s prospects. I’m going to lean Heat in this one. I think it’s almost guaranteed to go to a game seven. At the end of the day, I don’t think the Bucks have a go-to player in the clutch. Miami does.

Mendy’s Pitching Streamers for Week of May 22

Two-Start Pitchers for the Week of 5/24: Is There a No-Hitter in Here?