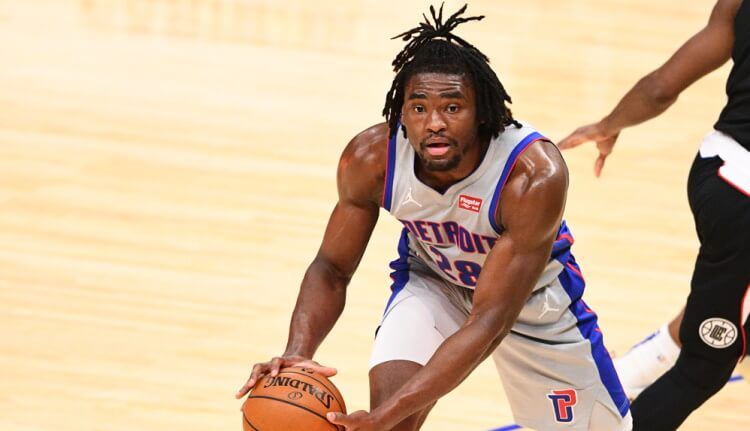 It’s our job to find the next stars of tomorrow. The ones who were waiting right under your nose. Winning your league through research and foresight is what makes it all worth it. Let’s take a look at some potential sleepers that you aren’t seeing in your other research.

With Chet Holmgren out for the season, Keegan Murray is my dark horse candidate to win Rookie of the Year. He really wow’d me in Summer League, as he averaged 23 points, 7 boards, 2 assists, and 1.3 steals per game, while shooting 40% from three and 50% overall en route to the Summer League MVP. I have him ranked as my PF30, and I’m praying he’ll drop to me in each of my leagues. He’s an immense talent. The only risk is that Domantas Sabonis cannibalizes his usage and stat padding opportunities, but I’m willing to take that risk for a player I can draft in the mid-to-late rounds of the draft.

“Mr. Hold Me Back”…the Rocky to LeBron’s Apollo Creed. Isiah Stewart epitomizes hustle and grind. He does all the dirty work, and this year, I think he might actually get some shine. In Summer League he was on the precipice of averaging a double-double, and wound up with 13.5 PPG and 9 rebounds, to go along with 1.5 stocks. If he learns to control his foul trouble, then I truly think he could average a double-double for the year this year. He and Jalen Duren looked very solid and I really love what Detroit is building. They have depth and are probably one year away from the playoffs, if not this year. Per 36 minutes, Stewart was good for 12/12/2…he’ll be on the waiver wire in plenty of leagues. All the more reason to wait and snag him for value.

Kelly Oubre hasn’t really been himself since he left Phoenix. His minutes have declined each year since, and so have his points per game. In my eyes, he’s only a sleeper if Gordon Hayward gets shipped to a contender, so he can step into a 30+ minute per game role. If that were to happen (and I think it will at some point this season), Oubre’s Per 36 numbers look incredible: 21/5/2/2. Even if Hayward isn’t traded, the Hornets are in the Wenbanyama sweepstakes without Miles Bridges. I can see a world where the Hornets max out Oubre’s minutes just to see if he’s worth a longer term investment on their roster. He’s still only 26 years old, despite his 7 years of NBA experience.

Got a few power forward sleepers of your own? Drop some names in the comments below and then check out our full 2022-23 Fantasy Basketball Draft Kit!

TheFantasyHoops: Our Guys We Aren’t Passing On