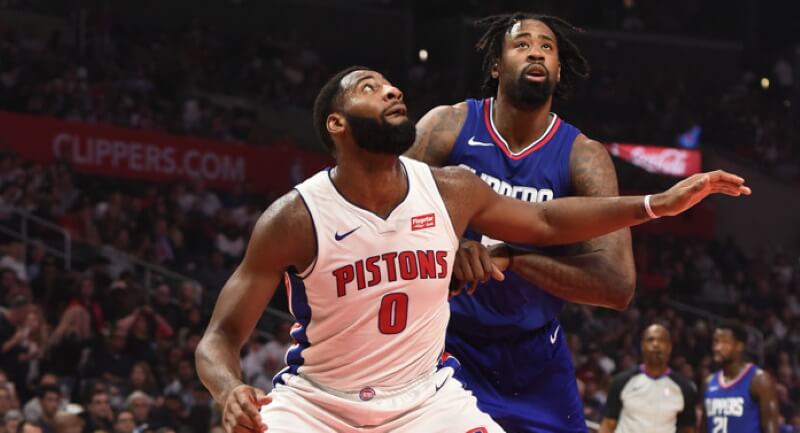 Wednesday’s article had some gems in it but we also happened to get two stud players injured. I had Myles Turner and Stephen Curry as spotlight players in that piece but both guys went down with somewhat severe injuries. That’s spooky around this time of the year and I actually would have had a big payout if it weren’t for those unfortunate falls. Those injuries have opened up the door for other players to improve though and that’s going to be a key focus in this article. With that in mind, let’s get into the 11/1 NBA DFS plays!

This DraftKings price is just silly. Irving has been one of the best players in fantasy early on and he should be above $10,000 on both sites. Let’s take a look at his absurd averages, with Irving providing 35.3 points, 6.0 rebounds, 6.3 assists and 1.5 steals per game. That equates to 57.8 DK points per game, the second-best mark in the NBA. That stellar form makes him particularly intriguing in a matchup like this, with Houston ranked 29th in defensive efficiency while playing at the second-fastest pace in the league.

Conley has gotten off to a nightmarish start for his new team but he’s too good of a player to be sitting below $7,000 on both sites. We’re talking about a guy who regularly sits between $8,000-$9,000 and it’s just a matter of time before he returns to that form. The last game may be an indicator that Conley is breaking out of his slump, collecting 29 points and five assists en route to 43.3 DK points. Getting to face Sacramento isn’t too shabby either, with the Kings ranked 26th in defensive efficiency so far this season.

I love it when hot players are playing with extra motivation. That’s just what we have here, as Rose will return to Chicago to play against the team that made him a superstar. That obviously means he’ll be playing with some serious fire and that’s really encouraging with Rose averaging 20.4 points and 6.2 assists per game this season. That’s no surprise when you see that he has a usage rate north of 35 percent and that should continue with Reggie Jackson expected to miss this game. It’s not all about motivation in terms of the matchup either, with Chicago ranked 23rd in defensive efficiency as well.

Let’s keep the cheap shooting guards rolling with Forbes. This guy has been way too good to be priced at $4,400 on both sites and it’s hard to understand what these DFS sites are thinking. Coming into Thursday, Forbes had at least 24 DK points in each of his first three games, which equates to a 6X floor. While he’s struggling so far in this Clippers matchup, we expect him to be much better here against a much weaker defense. Not only does Golden State rank 29th in points allowed, but they also rank dead-last in defensive efficiency. Not to mention, Forbes should see extra minutes and extra shots with Dejounte Murray expected to sit this game out in the second half of a back-to-back set.

DeRozan has seen a price drop this season and we don’t really understand the reasoning. Not only has he accrued at least 37 DK points in three-straight games, but DD is also looking at a monster usage. In fact, DeRozan has a 31.4 percent usage rate in that span while taking more than 20 shots per game. If he continues to post usage numbers like that against the Warriors, he could be in for a big night when you look at their defensive numbers in the Forbes write-up. Don’t forget that Murray’s 25 percent usage rate is likely out of the lineup too.

With Kyrie Irving and Terry Rozier out of Boston, Hayward finally looks comfortable. That’s crystal clear when you see that Hayward is averaging 17.5 points, 7.3 rebounds and 3.5 assists per game. That’s the All-Star that we loved in his days with Utah and it’s becoming evident that he’s one of the focal points of this offense. Getting to face New York is only a bonus, with the Knicks owning a 26th OPRK against small forwards this season.

This might be my favorite play of the day. With Myles Turner expected to miss this game, Sabonis should get all the touches he can handle and all the rebounds he can corral. That was clear on Wednesday when Sabonis accumulated 29 points, eight rebounds and four assists across 36 minutes played. That’s the player we’ve been seeing since the beginning of last season, with Sabonis averaging about 1.3 DK points per minute in that span. We’re certainly not worried about Cleveland either, with the Cavs ranked dead-last in defensive efficiency last season.

Someone on the Warriors has to step up and we’ll bet on Paschall taking on some of the load at this price. The reason for that is because he’s been one of their most productive players, averaging 21.4 DK points per game this season. What I like is the fact that he played 38 minutes on Wednesday and should continue to look at huge minutes with Stephen Curry, Kevon Looney and Klay Thompson all sidelined. That doesn’t even take into consideration that Willie Cauley-Stein is looking at a minutes limit, making his return from injury on Wednesday too. The icing on the cake is this matchup though, with the Spurs allowing the fourth-most fantasy points to opposing PFs this season.

We’re going to keep this one short and simple. Drummond has been one of the best centers in the league early on, averaging 52 DK points per game. That’s no surprise when you see that he has 20-20 potential, doing that twice already this season. The Bulls are horrible against big men too, allowing the second-most fantasy points to opposing centers this season. That was evident last season when Drummond averaged 16.3 points, 18 rebounds, 1.0 steals and 1.8 blocks in four games against this Chicago club.

Holmes is a favorite in the fantasy community and analysts are ecstatic that he’s finally getting some run. In the last two games without Marvin Bagley III, Holmes is playing 32.5 minutes per game while providing 42.5 DK points per outing. That’s absurd value from such a cheap player and he’s looking at another huge workload against a stout Utah frontcourt here. He’s proven to be this good throughout his career too, averaging more than a fantasy point-per-minute.