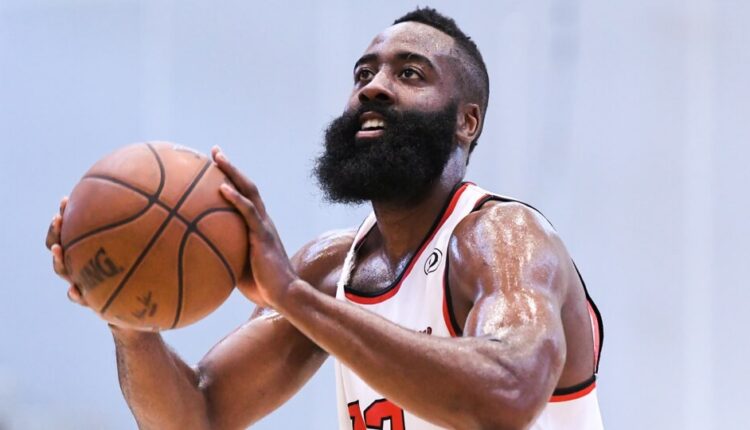 Monday’s article was really frustrating. While we did have some good games from the likes Eric Gordon, Shabazz Napier, and Danilo Gallinari, we also had three guys who didn’t even suit up. What made that even more annoying was the fact that none of them had an injury designation when writing this on Sunday night. That’s going to happen every once in a while though and I always try to offer up alternatives on Twitter. With that in mind, let’s get into our 1/29 NBA DFS plays of the day,

We’re going right back to the well with Paul. While he did let us down by sitting on Monday, he’s still a great value in the $7,500-range. We’re talking about a guy who’s averaging 36.6 DraftKings points per game for the season and is providing nearly 40 fantasy points per game over his last 27 outings. That’s simply too good for someone in this price range and a matchup with the Kings is a good way to keep him rolling. Not only did he drop 41 DK points in their one meeting this season, but Sacramento also ranks 18th in defensive efficiency.

Payton is one of my favorite players around and we just love the way he stuffs the stat sheet for DFS purposes. What’s really become attractive about Payton is his floor, dropping at least 32 DraftKings points in six straight headed into this matchup. That alone makes him a great value and the consistency is no surprise when you see that he provides in points, rebounds, assists, and steals. Those stat-stuffing ways make him very enticing against the Grizzlies, with Memphis sitting third in pace and 27th in total defense.

When is the last time you’ve seen Harden with a price like this? I can answer that question and it’s never. This is his lowest price all year, as he was just $13,000 on January 14. That’s a $2,400 price drop and we’re going to buy the stock when it’s at its lowest. We’re still talking about a dude who leads the NBA with 60.4 DK points per game which would be a ridiculous total at this price tag. The reason we love him today is the matchup though, with Portland sitting 26th in defensive efficiency. If Harden does happen to miss this game again, Russell Westbrook would become the best play of the day and impossible to fade.

While Harris has a limited ceiling, he’s got too good of a floor to be priced where he is. For the season, Harris is averaging 25 DraftKings points per game across 31.4 minutes of action. That’s already flirting with 6X value at these dirt-cheap price tags and he’s established a nice floor too. At this current price, he’s actually surpassed 4X in all but a handful of games this season. That floor looks even better against a Detroit club who sits 20th in defensive efficiency.

The small forward position sucks yet again but Gallo has been a nice mainstay there. His recent form is the thing that we really love, scoring at least 32 DraftKings points in 10 out of his last 11 games. That’s a rare sight from a player in this price range and this FanDuel price is especially mind-boggling. This all pairs wonderfully with this matchup too, opposing a Kings team who owns a 17th OPRK against opposing small forwards.

Ariza is going to be inconsistent with the Blazers but this is one of those times where we like him. The biggest asset here is the matchup, facing a Rockets team who plays at the second-fastest pace in the NBA while sitting 24th in points allowed. In addition, they also surrender the most fantasy points in the league to opposing SFs. More possessions are what’s key for a guy like Ariza, with the veteran averaging 34 minutes a game in his first two outings with Portland. That’s awesome with Ariza averaging 28 DK points per game in his first two outings against Houston, doing that damage in a much smaller role with the Kings.

Sabonis very well might be the best play on the board. The reason for that is this matchup, with Chicago allowing the second-most fantasy points to opposing power forwards. That would become even more enticing if Myles Turner sits again, with Sabonis picking up a triple-double in the last game he missed. That extends a rather impressive streak from the southpaw anyway, scoring at least 45 fantasy points in 10 of his last 13 games.

Jackson was a guy who found himself into this article a ton at the beginning of the season but his emergence made him too expensive to trust. The good news is that the price has dropped back a little bit and that’s allowing us to hop right back on the train. We’re still talking about a guy who’s averaging 31 DK points per game for the year, despite regularly dealing with foul trouble. The recent price drop doesn’t make much sense either, averaging 34.4 fantasy points per game over his last 18 outings. The best part of all of this might be the matchup though, facing a Knicks team who allows the seventh-most fantasy points to opposing PFs while sitting 24th in defensive rating.

This is an extremely tough matchup but it’s one of the rare occurrences where a difficult matchup helps a guy. The thing it does is guarantee Poeltl minutes simply because the Spurs have no other bodies who can match up with Rudy Gobert. That pairs beautifully with the fact that LaMarcus Aldridge is expected to miss this game, making Poeltl a great bet to play 25-30 minutes. This is a dude who’s averaging 18.8 DK points per game across 17.3 minutes of action for the season. If you adjusted that to the 36 minutes that he played on Monday, we’re looking at 37 DraftKings points. Poeltl actually dropped 40.3 DK points in that loss on Monday and all of that makes him hard to avoid at such a reasonable price tag.

If you’re looking for a higher-end option, Andre Drummond just had a 20-20 game last week against the Nets and gets to face them again here. Myles Turner is also in play below $5,000 if he suits up, with the Bulls surrendering the most fantasy points in the league to opposing centers.