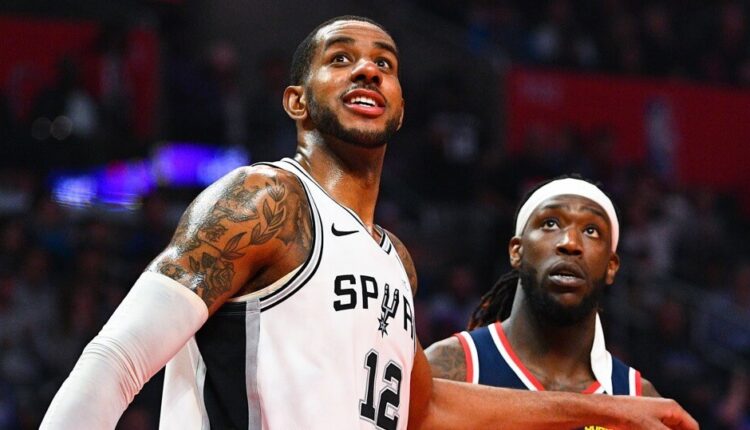 We’re going to start this one off by acknowledging the passing of Kobe Bryant. As a 28-year-old die-hard basketball fan, Kobe was obviously a big part of my childhood. Watching him excel and play his heart out every single night is something we can all admire and I just wanted to kick things off by saying R.I.P. to one of the greatest players to ever lace em’ up. With a heavy heart, let’s look ahead to our 1/27 NBA DFS plays.

Friday’s picks went pretty well, with Nikola Jokic and Pascal Siakam both performing as our highlight players. There’s been a ton of great value recently and we’re going to look to keep building off of that here.

Paul has seemingly been in this article more than anyone else and it just blows my mind that these sites continue to keep him below $8,000. We’re talking about a perennial All-Star who’s averaging 36.6 DraftKings points per game. He’s been even better recently, averaging 39 fantasy points per game across his last 27 fixtures. That pairs nicely with this matchup, opposing Luka Doncic. Not only does CP3 thrive against other elite PGs, Luka happens to be a below-average defender as well. That was clear when Paul flirted with a triple-double in their only meeting this season.

Napier was in our article on Friday and he actually annoyed us by dropping his first career triple-double on Saturday. That sort of line shows the sort of upside this dude has, establishing himself as the starting point guard once Jeff Teague was traded. Over his last 15 games played, Shabazz is averaging 27 DK points per outing. That’s really all you can ask for from someone in this price range and that even includes a couple of duds in blowout games. That’s certainly not an issue here, facing a 19th-ranked Kings defense as a 2.5-point favorite (Yes, Minnesota is favored somehow). If Chris Clemons is starting for Russell Westbrook, don’t forget about him at a minimum price.

Rose really deserves more credit for what he’s doing right now. Not only has he scored at least 32 DK points in 11-straight games, the former MVP is also averaging 38.6 fantasy points per game in that span. That’s why we’ve seen such a huge increase in price and it’s no surprise when you see that Blake Griffin and Luke Kennard are both still sidelined with injuries. We love the matchup too, facing a Cleveland club who ranks 29th in defensive efficiency.

Ah, DraftKings is privy to this situation but FanDuel is definitely not. While Gordon has been playing at a $5,000-level throughout the season, he’s in line to have a monster game here. The reason for that is because he’ll likely run the show with Russell Westbrook and James Harden both out. That’s 61.9 points, 14.3 rebounds, 14.7 assists and 3.2 steals out of the lineup. It’s not just the raw stats either, being without 72 minutes, 45.4 shots and a 70 percent usage rate as well. That leaves Gordon as the go-to guy in their absences and he’ll surely run the show if they’re both out as expected.

The small forward position is an absolute nightmare on this slate, so, we’re just going to go with Gallo. The Italian is actually one of my favorite plays on the board and a major reason why is the matchup. In fact, Dallas surrenders the most fantasy points in the league to opposing small forwards this season. That’s scary with the way Gallinari is rolling right now, scoring at least 32 DraftKings points in nine of his last 10 games while averaging 35 fantasy points per game in that span.

Aldridge is finally seeing the price increase that he deserves but he still remains too cheap on DraftKings. Scoring at least 34 DK points in five-straight games shows his consistency, as that’s actually three points lower than his season average. Someone averaging 37 fantasy points per game shouldn’t be just $7,200 and it makes it even more baffling in a matchup like this. Chicago currently allows the second-most fantasy points in the league to opposing centers which is where LA is likely to play most of his minutes.

Young has always been a fantasy-friendly player and we love the role that he’s fallen into in Chicago. Injuries to Lauri Markkanen, Daniel Gafford and Wendell Carter Jr have completely obliterated this frontcourt, forcing Thad into the starting lineup. That’s allowed him to play at least 28 minutes in three of his last four games while averaging nearly 30 fantasy points per game in those three fixtures. The simple fact is, they have no one else and that should guarantee him 30-plus minutes, making him a double-double threat with the ability to grab a few steals. Not to mention, Thad faces a Spurs team who owns a 27th OPRK against opposing PFs.

This is one of the rare cases where DraftKings is too cheap on a guy but that’s certainly the case with Drummond. We’re talking about a dude who’s averaging 48.4 DK points per game after scoring at least 47 fantasy points in four-straight. That alone makes this price tag hard to understand and he should continue to post monster numbers with Griffin sidelined. Any guy who has 20-20 potential is a good bet against the Cavs too, with Cleveland allowing the fifth-most fantasy points to opposing centers this season. In their two meetings this year, Drummond is averaging 60.8 DK points per outing, if you needed any more incentive.

This is pretty risky but the Kings simply don’t have many other options. With Marvin Bagley III and Richaun Holmes both injured, Dedmon has found himself as the starting center. Foul trouble limited him to 19 minutes on Friday but 30 DK points across 31 minutes in his first start on Wednesday is more indicative of what he can provide. His big body will be needed too, because no one else on this roster can matchup with Karl-Anthony Towns. If we get a double-double machine like this playing 25-30 minutes, it will be hard for him not to provide value in this $4,000-range. Not to mention, Minnesota ranks 26th in total defense, only adding to Dedmon’s intrigue.

If you also play season-long fantasy basketball check out our Seven-Day Player Rankings and our  2019-20 Fantasy Basketball Schedule Grid.