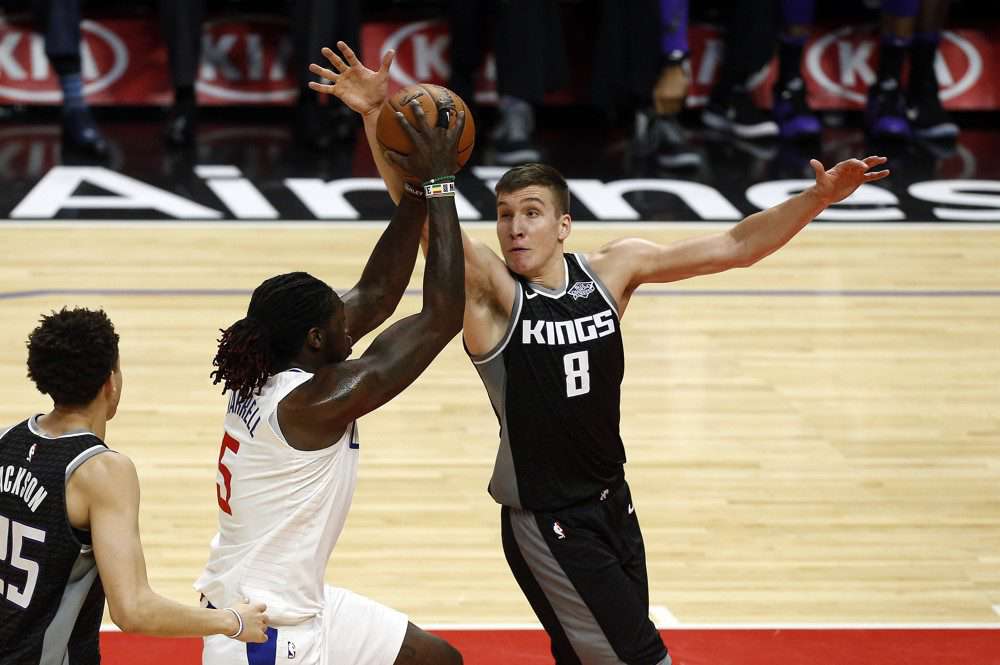 Our last three articles were fantastic but Wednesday’s was not my best. We did get great performances from Fred VanVleet, Jaylen Brown and DeMar DeRozan but we simply had too many guys who didn’t perform. In fact, Chris Boucher’s subpar outing kept me from banking big cash in a GPP on DraftKings. That’s obviously frustrating but that’s going to happen with cheap guys like that. I’m headed back to the lab though and I have some great plays for this 11/15 NBA DFS article!

Conley has been a fixture in my Fantrax articles and recent results would indicate that we’re doing something right. After starting off terribly with his new team, Conley actually has at least 29 DK points in six of his last seven games. Most importantly, he’s playing 32.4 minutes while taking 14 shots and posting a 24 percent usage rate. Usage will always match up with production when it comes to a player like this and neither of those matches this dirt-cheap price tag. Facing his former team is the icing on the cake, with Memphis ranked 25th in defensive efficiency, 26th in points allowed and sixth in pace.

Teague has been dealing with an illness over the last two weeks but it’s lowered his price way too much. We’re talking about a guy who’s traditionally a $7,000 player on both sites, as we’re looking at a $1,700 discount here on DraftKings. He showed that in his return to action on Wednesday, scoring 33.5 DK points to bring his season average to 29.7 DraftKings points per game. That’s a stellar value at this price tag and we haven’t even discussed this matchup. Not only does Washington own a 23rd OPRK against PGs, but they also sit 27th in total defense.

With seemingly every big player injured in Golden State, Russell has found himself in the biggest role of his career. In fact, he’s averaging 32.4 minutes and 21.6 shots over his last seven games while posting an absurd 37 percent usage rate. Those are some of the highest usage numbers in the league and it’s led to him averaging over 47 DK points per game in that span. While Boston is a tough matchup, we can’t fade that usage and production at this price tag.

With De’Aaron Fox and Marvin Bagley III both injured, Bogdan should be in for a big month. That was evident in the first game without Fox, with Bogdanovic collecting 25 points, three rebounds, 10 assists and four steals. He actually posted a season-high 32 percent usage rate in that game and it’s becoming clear that he’ll be the de facto point guard in the absence of Fox. Anyone who’s averaging more than a fantasy point-per minute is very tough to fade in an expanded role like this, as Bogdan is currently averaging 26.1 DK points across 25.4 minutes per game this season. Look for him to play at least 30 minutes here.

I honestly scrolled through the small forwards about five times and this was the only guy I felt comfortable recommending. With so many injuries in Boston, Tatum has found himself as the go-to playmaker. That’s evident when you see that he has a 32 percent usage rate with Gordon Hayward and Daniel Theis off the floor. The usage bump has led to him averaging a career-best 37.3 DK points per game as well, scoring at least 32 fantasy points in all but one game this season. That’s horrifying news for a Warriors defense who currently sits dead-last in defensive efficiency.

With Myles Turner out, Sabonis has turned into an absolute monster. Not only has he scored at least 42 DK points in eight of his nine games this season, Sabonis is also averaging 45.3 DraftKings points per game. That’s on par with guys like Russell Westbrook and Bradley Beal, which shows just how special this kid can be. Getting to face Houston is simply a bonus, with the Rockets ranked 24th in total defense while playing at the second-fastest pace in the NBA. Not to mention, Houston will be without Clint Capela, who’s seemingly their only legit big on the roster. Look for Sabonis to feast in a tasty matchup like this!

Bertans is one of those players who’s way too cheap. We’re talking about a guy who’s playing 27 minutes a game while averaging over 21 DK points per outing. That alone makes him a value but his 29 DK points in his last game show just how dangerous he can be. The simple fact is, this Wizards team has no wings and no defense, which makes Bertans a must-use player with his ability to shoot and stretch the floor. We’re not really concerned about this matchup either, with both of these clubs ranking Top-7 in pace, projecting this to be one of the highest-scoring games of the night.

Zeller has been too good to be priced this cheaply. This dude is averaging 29.5 DK points per game for the season, scoring at least 32 fantasy points in back-to-back fixtures. He’s actually reached that total in six of his 10 games this year and it’s impossible to pass up a 60 percent chance to provide 6-7X value. He’s going to be asked to play big minutes here too, opposing a frontcourt consisting of Blake Griffin and Andre Drummond. Even with those two, Detroit is still allowing the third-most fantasy points to opposing centers this season.

We mentioned earlier that Capela is injured and that alone should guarantee Chandler 20-25 minutes of play. That’s really all you need from this guy, as Chandler can double-double in that amount of time. That was evident on Wednesday when Chandler provided five points, nine rebounds and two blocks across 16 minutes filling in for Capela in the fourth quarter. He’s actually averaging 7.4 DK points across 7.4 minutes a game this season and a rate like that would be huge if he plays 20-25 minutes as the starting center. Indiana can’t stop opposing centers either, surrendering the second-most fantasy points to them this season.