Most Telling Picks of the 2019 NFL Draft 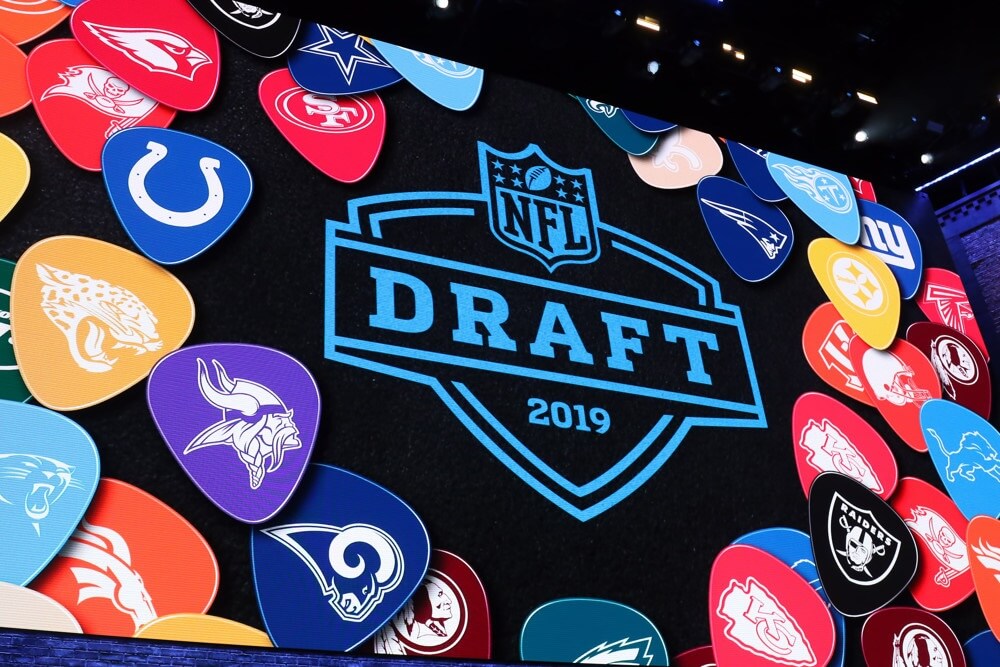 Although it’s easy to get lost in the hype of NFL Draft weekend, it’s always important to reel it in once the picks are made. Each pick in the NFL Draft gives fans just a flicker of insight into what team management and coaching staffs project for the coming seasons. These picks in the 2019 NFL Draft? They told us a lot, if we’re willing to listen.

Biggest Tells of the 2019 NFL Draft

Aside from the fact that the Seattle Seahawks are a smart organization, the selection of DK Metcalf with the last pick in the second round of the NFL Draft said a little something else to those who were listening. Week by week, the bad news seems to continue to pile on for career Seahawk Doug Baldwin, who spent much of 2018 injured and now has a new list of concerns. Fresh off a sports hernia surgery, shoulder surgery, and knee injury carried over from 2018, Adam Schefter reported this week that Doug Baldwin’s NFL career may be in real jeopardy.

Metcalf and Baldwin have very different bodies, very different skills, and have seen very different roles in their respective offenses. Regardless, the investment of early draft capital makes a statement. Russell Wilson was just made the highest paid player in the league, and the Seahawks didn’t do that so they could run the ball every down. Metcalf has faced criticism about his route running abilities, but providing an accurate passer, like Wilson, a large and strong target down the field could prove to be one of their most valuable acquisitions this offseason.

Between Metcalf and other draft day selections, Gary Jennings (WVU) and John Ursua (Hawaii), the Seahawks really do appear to be preparing for a life without Baldwin.

The Arizona Cardinals walked away from the NFL Draft with a shiny new quarterback and a clean slate after a dreadful season that landed them with the No. 1 overall pick. Not to mention their shiny new coach, Kliff Kingsbury – known to spread his receivers all over the field to get guys open for that shiny new QB to throw to. The pass-heavy offense is a staple of the modern-day NFL, but unfortunately for the Cardinals, that typically requires targets to… pass to. You know, aside from your stud running back who is almost unmatched when it comes to his receiving abilities.

With 2019 likely to be Larry Fitzgerald’s last year in the NFL, the Cardinals seem keenly aware that now is the time to expand and develop their wide receiver corps. Last year, the Cardinals drafted Christian Kirk in the second round. He showed flashes in the slot despite the anemic offense. Kliff Kingsbury loves to spread defenses wide with receivers every which way with the hope that his QB can find the open man to make the big play. Selecting wide receivers with three of their 11 picks in 2019 is bound to give them a pretty good start in doing so.

Back in late March, the Chicago Bears finally put an end to the trade speculation and sent Jordan Howard to the Eagles for a conditional sixth-round pick. The compensation was minimal, likely due to the fact that this is the last year on Howard’s rookie deal. Overall, though, this was a smart football move by the Bears. Though he showed some decline in production through the 2018 season, it was clear he did not fit Nagy’s intended scheme. Then came Mike Davis.

Davis was signed by the Bears to a two-year, $6 million contract, and there were hopes that trading Howard was the sign that Davis would finally get his crack as a lead back. His role in Seattle was largely complementary, and his receiving abilities made it easy to keep him on the field in third-down situations when the time was right. Given the presence of Tarik Cohen, many held hopes that this was the indication that he’d be a first and second down guy. Unfortunately for him, Chicago took RB David Montgomery with the 73rd overall pick.

Montgomery is not a speedster by any means, but he’s got the size to pack a punch through defensive lines, agility to cut, and the pass protection abilities to make him virtually an every down back. Though he wasn’t utilized heavily in the passing game at Iowa State, he showed capability when given the opportunity. Nagy has spoken highly of Montgomery, acknowledging his abilities as a three-down back. With praise like that, it’s hard to imagine him on the bench for long, likely pushing for carries from Mike Davis and Tarik Cohen alike.

This was the pick virtually anyone in tune with NFL news was waiting to hear. With the 56th pick in the NFL Draft, the Kansas City Chiefs bit on wide receiver Mecole Hardman. Just hours before the draft, a damning audio clip surfaced rumored to be of Hill and his fiancee, Crystal Espinal, discussing the investigation of child abuse allegations against the Hill family. Specifics aren’t necessary, but the key takeaway here is that Tyreek Hill sounds, if nothing else, volatile and quite disturbing.

Hardman brings to the table everything that the Chiefs will miss when Hill is inevitably suspended, perhaps indefinitely, from the NFL. He is a dynamic player, former DB turned wide receiver, who you might miss if you blink after he posted a 4.33 40-yard dash at the combine.

He is dynamic, and just like Hill, can be effective as a return specialist, down the field, and on wide receiver screens to make splash plays in the open field. The early draft capital investment and Hardman’s eerily similar build and offensive role indicate to me that they, quite literally, are looking for Hill’s replacement in the Andy Reid system.

Todd Gurley has been a top three dynasty running back for the last three years, and that’s been for good reason. After a dreadful sophomore season under Jeff Fischer, he managed to finish as the RB1 in half-PPR formats in his two seasons with wunderkind Sean McVay. He landed himself a fat contract and became the highest paid running back in the NFL on a per year basis.

Just as the Rams were heating up on their way to Super Bowl LIII, Todd Gurley experienced knee inflammation that limited his carries and brought CJ Anderson back to relevance. Although the Rams have tried to downplay the seriousness of Gurley’s knee injury, their selection of Darrell Henderson in the early third round was most telling of their concerns

Henderson had an impressive showing in 2018, finishing his season in Memphis with 2,200 yards from scrimmage and 25 total touchdowns. Not a strong defensive conference, but regardless, a line like that speaks for itself. He’s got explosion, balance, and experience in the screen game – just another one of those a gadget plays that the Rams can’t get enough of. Pure money.

Drafting Darrell Henderson as the third running back off the board tells me exactly what the Rams think of Todd Gurley’s knee. It’s not good news for fantasy owners. The Rams adamantly deny it, but to invest top dollar cash and then feel the need to take an RB in the early third is not a high vote of confidence in your workhorse back or his health in the long term.

What picks of the 2019 NFL Draft had you floored? Let us know @Fantrax and @FFBallBlast!