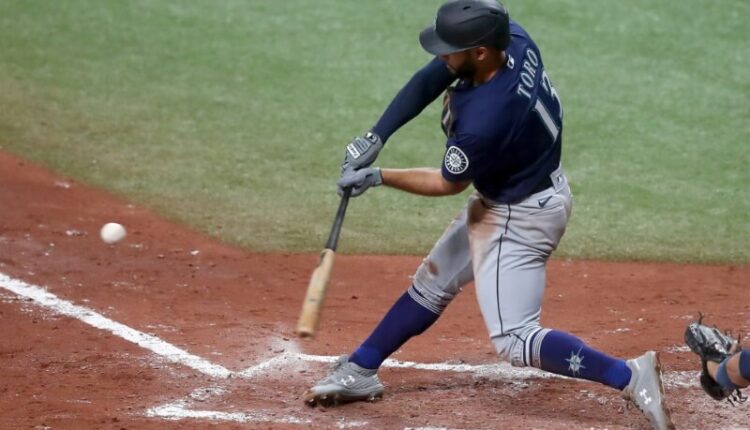 The MLB trade deadline is officially in the books.  It was one of the wildest trade deadlines in recent memory and one that shook up the baseball landscape.  In the two weeks since the deadline passed, there are players who have thrived with their newfound opportunities.  I’ll take a look at four players whose post-trade deadline performances you should consider buying.  All of these players can help you down the stretch, and all are readily available in fantasy baseball leagues.

Myles Straw has been a fantastic addition for Cleveland and he now finds himself with a nice opportunity to produce down the stretch.  The run production in Cleveland won’t be as plentiful as it was in Houston, but the move is still a good one for Straw (and fantasy managers).

Straw has wheels, and his 19 stolen bases are tied for sixth-best in the league.  If you need steals down the stretch, take advantage of his skills and his new position atop Cleveland’s lineup.  Straw could push for 30 stolen bases, has runs-scored upside, and won’t kill you in the batting average department (career .260).  Buy Straw’s new role in Cleveland.

The Mariners should continue to give Toro everyday playing time.  He’s been primarily batting fifth in the order, hitting safely in 11 out of 14 games with three home runs, 10 runs scored, seven RBI, and one stolen base. He also has a 1.105 OPS during that span.  Additionally, the Mariners have been playing Toro at second base.  The move gives Toro the added bonus of dual eligibility in fantasy leagues.

The Cubs cleaned house at the trade deadline, giving players more opportunities to produce.  One such player is Rafael Ortega.  Ortega has been playing with the team since mid-May, but it was after the trade deadline that he became their leadoff hitter.

Cesar Hernandez finds himself with a great opportunity to have a productive final stretch of the season.  I wrote about Hernandez last week, but he’s worth flagging again because he’s continued to produce since his move to the South Side.

Since July 30, Hernandez has a .279/.392/.419 slash line with two home runs, eight runs scored, and three RBI in 12 games.  He’s also hit primarily out of the two-hole, in between Tim Anderson and Jose Abreu, providing fantasy managers with strong run production numbers.  It’s worth watching where he hits in the lineup — he recently had three games batting near the bottom of the order and he’s also batted leadoff.  If he can stay near the top of the lineup, that will be a boon for his fantasy production.

Hernandez should be a nice source of power for the rest of the season.  He already hit a career-best 20 home runs this season, and the counting stats should follow no matter where he ends up in the White Sox’s loaded lineup.  Hernandez should also see his batting average improve.  He’s hitting .236 on the year but he’s a career .272 hitter who has been unlucky this season — his .262 BABIP is 68 points lower than his career .330 mark.  Buy his move to the South Side.