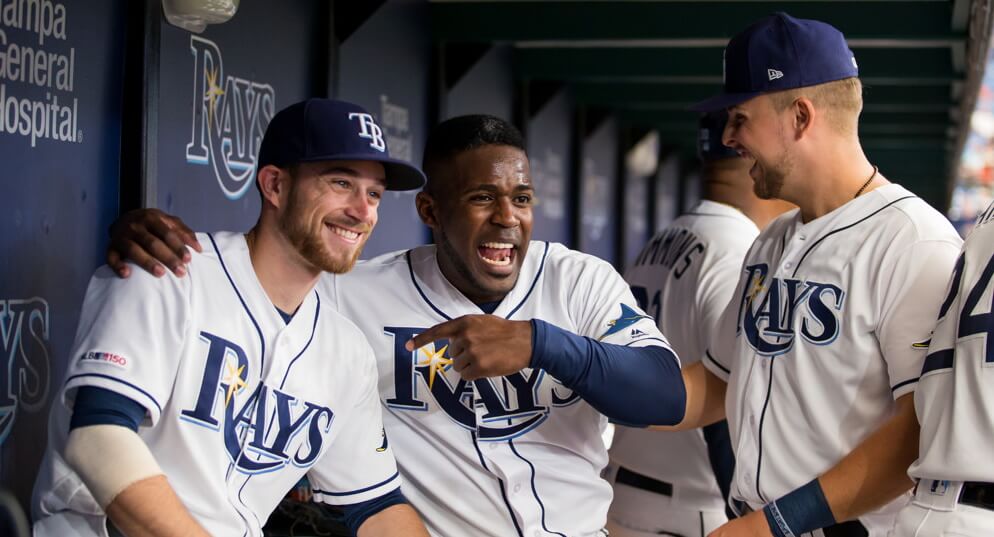 The fact that Labor Day falls the day after September 1st this year is perfect. Now we can soak up all the MLB prospects that were promoted yesterday and not have to try to add these guys while at work. And for the ones of you that are working today, do your best to sneak in a few adds when you can. Don’t worry, I won’t tell your boss. But I can’t help you if he/she is reading this article too. This is the time we’ve all been waiting for. Granted, a few names we were hoping for didn’t get the call, but there is still some fantasy value to be had with the names that did ger summoned to the show. It’s not over yet either and this article will be updated as more MLB prospects are called up.

It was reported on Friday night that Gavin Lux would be up “in some capacity” for September. That’s the PG-13 way of saying, “Yeah, he’s going to be up, but we have no idea how we’re going to use him and don’t expect him to be an everyday starter.” Along with Luis Robert, Lux has been the prospect fantasy fanatics have been clamoring for the most. The guy has been flat out assaulting the PCL for months now, hitting .392 in 49 games. Combined between the PCL and Double-A Texas League, Lux slashed a resounding .347/.421/.607/1.028 with 59 extra-base hits, 26 home runs, 76 RBI, 99 runs scored, and 10 stolen bases in 458 at-bats.

BREAKING: We are reporting baseball-sized hail coming off the bat of @TheRealGavinLux pic.twitter.com/bw6B4P64dx

If Lux was in basically any other organization, he likely would’ve been called up weeks ago. But this is the Dodgers who have had no openings to put him with the depth they’ve had in their lineup. Until recently that is. The injury to Max Muncy has opened up a spot for Lux who will start at 2nd base in his MLB debut tonight against the Rockies.

Despite his dominance in the minors this season, it would be unfair to expect a Hiura/Bichette/Alvarez type of impact down the stretch. Mainly, because there’s no guarantee of regular playing time. But if Lux is able to carve out a role, his potent bat could make him a mixed league asset down the stretch with the ability to hit for average with a solid power/speed combination. He needs to be owned in all mixed leagues to see how this situation shakes out. I mean, come on, you’re not just going to let a top-10 fantasy prospect sit on the waiver wire, are you?

Now, Tucker hasn’t officially been promoted to Houston yet, but it was reported that the Astros were going to call him up today, according to GM Jeff Luhnow late last week. Nothing has changed in Houston, so good luck trying to deduce where/how much Tucker will play. Both George Springer and Michael Brantley have played at or near an All-Star level and Josh Reddick has been doing what he does best; performing just well enough to keep his starting gig and stay off the hot seat.

There’s no denying that Tucker has proven everything he can at the Triple-A level. After two straight 20/20 campaigns in 2017 and 2018, Tucker took it up a notch this season, joining the 30/30 club while once again sporting an OPS north of .900. The average dropped 66 points, but Tucker improved both his walk rate and ISO in addition to the extra power and speed. Long-term, Tucker has a chance to turn into one of the best offensive outfielders in the game. Just don’t expect that to happen in 2019.

During his time with the Rays earlier in the season, Nate Lowe actually hit quite well. In 102 at-bats, the lefty-swinging first baseman hit .294 with seven doubles and five homers and a .875 OPS in 102 at-bats. Still, he was sent back down to the minors anyway when the Rays infield got healthy. Now back with Tampa, there’s still no everyday spot for him with Jesus Aguilar and Ji-Man Choi at first base and Avisail Garcia at DH. For now, Lowe is only an AL-Only target as he’s likely only going to receive a couple of starts per week. The fact that he had two hits and a homer in his first game back is great and all, but I’m sure that doesn’t change a thing in regards to his playing time moving forward.

Nate Lowe got a hold of this one for his 6th #MLB HR of the season.🚀

Lowe, the #Rays' No. 8 prospect, was recalled today along with No. 24 prospect Peter Fairbanks, who worked a scoreless inning of relief.

Over the last few years, Sean Murphy has developed into one of the top catching prospects in the minors. On top of being one of the best defensive catchers at any level, Murphy’s offensive profile has been improving basically every year since being drafted in the 3rd round back in the 2016 MLB draft. Murphy finished with a .228 average in 2016, then .250 in 2017, .288 in 2018, and finally .293 this season before his promotion to Oakland. Along with that, Murphy has kept his strikeouts in check, consistently displayed a strong walk rate, and been showing a little more power each season as well. Long-term, Murphy has the tools to hit for a solid average along with 15-20 home runs annually. For 2019, however, there’ not a ton of value to be had here as Murphy likely will only receive a couple starts per week behind Josh Phegley.

Graterol has a lively arm, there’s no questioning that. But what is in question is whether he’s a starter or reliever longterm. Armed with a mid to upper-90s fastball that can get into triple-digits and plus slider with hard two-plane tilt, Graterol can succeed out of the Minnesota bullpen right now and could make for a late-inning weapon in short order. However, the rest of his offerings aren’t as advanced and his command has proven to be inconsistent. For 2019, Graterol will pitch out of the bullpen and his value is limited to AL-Only leagues or deeper holds leagues.

The 21-year-old righty used four fastballs over 98.5 mph to earn his first career strikeout against the first batter he faced.

Okay, technically Clint Frazier is no longer a prospect, but doesn’t it feel like he is with how the Yankees have treated him? Frazier has performed adequately in his three brief MLB stints, but has yet to receive a chance to become a full-time starter. That isn’t about to change right now either. The Yankees also have Aaron Judge, Mike Tauchman, Cameron Maybin, Mike Ford, and Brett Gardner in the OF/DH mix, so I can’t envision Frazier getting more than a couple of starts a week down the stretch. It’s not like Frazier was tearing it up in the minors either with a .740 OPS this season. He can safely be avoided in all leagues right now.