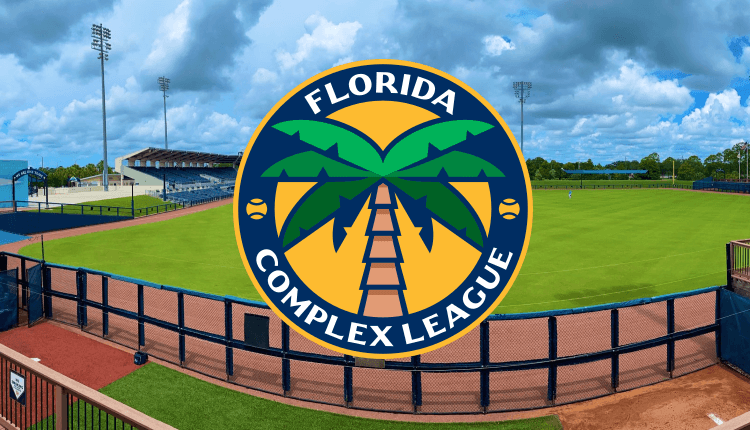 As we close in on the upcoming All-Star break, the vast majority of early breakouts have been identified from full-season ball in the Minor Leagues. But there are still plenty of opportunities to dive deep into the prospect pool and splash around. The Complex Leagues (Arizona and Florida) got underway last month, giving all of us a chance to dig through a new group of players.

In most leagues, there isn’t much incentive to uncover players in the lowest levels of the Minor Leagues. You can generally wait until they graduate to the higher levels and start to receive mainstream attention. But as managers in deep, competitive leagues know, there is a ton of value in finding players before your league mates. It is an essential aspect of dynasty leagues, where most of the established talent is already on rosters. Anyone with an outside chance of becoming a trade piece carries a degree of value in the deep settings.

Today I will take on the difficult (and possibly foolish) task of attempting to uncover the early statistical standouts in the Complex Leagues. I tried to wait as long as possible to build up a large enough sample to make some conclusions. Bear in mind that these are teenagers in rookie ball with minimal professional experience and limited data to evaluate. Do not expect most players I list to become top prospects, but there should be a few high risers in the coming weeks, months, and years hiding in plain sight.

If you play in the type of leagues where investing before we know is a good strategy, this is an excellent place to start. It wasn’t long ago that Brewers outfielder Jackson Chourio emerged from this level and catapulted his way up prospect lists. At the very least, these players should be on your radar, so you’ll be ready to add them when it’s appropriate for your particular league.

One of the top players from last season in the DSL already has some dynasty pedigree under his belt. The righty is hitting .366/.441/.512/.953, with six doubles, two home runs, and three stolen bases in 93 plate appearances. His 7.5 BB% and 16.1 K% suggests his hit tool is advanced beyond his years. His power is a work in progress (.146 ISO) but projects to be a crucial aspect of his game. Gonzalez possesses youthful athleticism, though he should slow down as he matures. As it stands, he may be the best pure hitter at the level, and profiles as a high-end, middle-of-the-order slugger, should all the pieces fall into place. Gonzalez is one of the few rookie-ball prospects I would feel comfortable stashing in a shallow setting.

The speedy 18-year-old is coming off a strong showing in the DSL in 2021. The righty is hitting .284/.417/.552/.969, with four doubles, four home runs, and 13-of-14 stolen bases in 84 plate appearances. The youngster projects for a plus hit tool and speed, so the early signs of power (.269 ISO) are highly encouraging. An elevated 29.8 K% is the one slight concern in an otherwise fantasy-friendly profile. Jorge has the tools and patience to become a coveted stolen base option with pop, capable of disrupting pitching staffs as a potent leadoff hitter down the road. A good hit tool, elite speed, and developing power type is usually my favorite profile to invest in early.

The lefty has burst onto the scene to make himself known in the deep dynasty community. The 18-year-old is hitting .245/.391/.592/.983, with two doubles, three triples, three home runs, and five stolen bases in 64 plate appearances. Figuereo has a 17.2 BB%, .347 ISO, 9.6 Spd, and 150 wRC+ thus far. Only the aforementioned Carlos Jorge is in his vicinity when considering that level of approach, power, and speed. Figuereo has the chance to emerge into a notable prospect and should be stashed in deep settings and monitored. The organization is not shy about challenging its top prospects with aggressive assignments.

The intriguing 18-year-old shortstop is off to a strong start following up a solid campaign in 2021. The righty is hitting .344/.419/.536/1.013, with two doubles, a triple, four home runs, and three stolen bases in 74 plate appearances. Listed at 5-foot-10, 170 pounds, Balcazar is smooth in the field and has been productive at the plate since signing, showing a well-rounded skill set. If he continues on this trajectory, he’ll have a legitimate chance of appearing on top-100 lists once he matures. Balcazar is worth a look in deeper settings due to his position, tools, pedigree, and early success throughout his brief tenure as a pro.

The speedy centerfielder is another youngster you need to have on your radar. The 18-year-old is hitting .317/.517/.492/1.009, with six doubles, a triple, a home run, and six stolen bases in 89 plate appearances. The righty has a massive 23.6 BB%, is flashing significant speed potential (9.0 Spd), and signs of tapping into power (.175 ISO). If Alonso can keep his 27.0 K% at a manageable level and continue to grow into more pop, there’s a lot to like in his profile. Being developed in one of the best organizations in baseball is also a positive. Alonso should be viewed as one of the early breakouts at the level and will gain more attention if he keeps up a similar pace down the stretch.

Listed at 5-foot-8, 185 pounds, the stocky second baseman has caught my eye for his well-rounded skills, in combination with an advanced ability to make contact. The lefty is hitting .377/.395/.558/.953, with four doubles, two triples, two home runs, and six stolen bases in 81 plate appearances. Rodriguez sports a shiny 7.9 K%, .194 ISO, and impressive .455 wOBA. His lack of physical height is the elephant in the room, but he is showing the signs of a nice deep-league stash, with almost zero hype attached to his name. Rodriguez may not have the stature of some top players, but you could do worse than gamble on a player showing an elite contact-rate with potential for more. Statistically, he finds himself amongst impressive company for his age and level early on.

Keep an Eye On

Bullpens: Making Fantasy Players Cringe! What To Do?