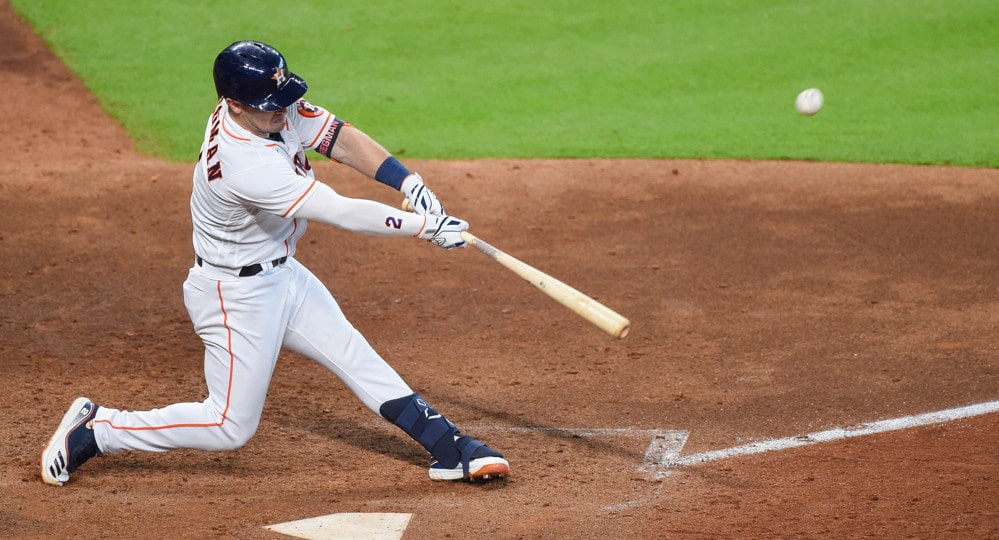 Nic Civale is a Doctor of Physical Therapy and former NCAA Division I Baseball player. He combines his knowledge of anatomy and physiology with that of baseball mechanics to provide expectations for injured players. Utilize The Off-Season MLB Injury Report to make the most of your upcoming fantasy season.

Hamstring strains are some of the most difficult injuries to respond to as a fantasy manager. They can be mild enough for a player to miss a game or two. They can also be severe enough to keep a player on the IL for months. It is also the type of condition that can lead a player to experience an increased likelihood of re-injury. Part of the difficulty in diagnosing how to manage your injured player is that we don’t always get the most detailed injury report from the team. Coaches are trained to be vague and give as little information as possible. Sometimes they are willing to be transparent but don’t really know much about the injury they were asked about. Unfortunately, the press doesn’t get much opportunity to question team doctors or physical therapists/trainers. So we are left with little info in most cases.

The first thing that can be useful to understand is the grading system for hamstring strains. In most cases, we will at least be able to obtain the grade of a strain after a player is injured. There are three levels of classification for muscle strains.

A grade I strain describes the most mild form of injury. The muscle fibers are damaged, but to a very small degree. Some grading systems also classify grade I strains by quantity; as less than 5% of muscle fibers being damaged. These types of injuries are usually requiring a day-to-day designation, and the athlete can often make it back to action within the same week. If you see one of your players with a grade I strain, and they haven’t immediately been designated to the IL, there’s a good chance you will see them back taking batting practice and fielding work within a few days. This usually precedes a quick return to the lineup.

A grade II strain involves more muscle fibers that are injured. It is not quite a complete tear, but statistically would involve greater than 5% of the fibers. This is where we see the most difficult part about evaluating muscle strains; the grade II strain ranges in severity immensely. Any tear that is more than 5% and less than complete falls under the category, and it is most certainly the most common type of strain for players that hit the IL. They account for as much as 85.5% of hamstring strains, according to a study called Hamstring Injury Trends in Major and Minor League Baseball in the Orthopedic Journal of Sports Medicine (OJSM).

Grade II strains often create the most uncertainty about estimated return dates. Teams will usually default to “multiple weeks” or “2-3 weeks” as an initial designation, but their confidence in that timetable is probably not too high. Sometimes, these injuries end up taking 6-8 weeks for a full recovery. There is also a fairly high rate of re-injury with hamstring strains. This is due, in part, to the presentation of the injury. Walking around, the athlete may feel great, not significantly limited in step length or walking speed. So when they go to start running and swinging again, they may be a bit overconfident in their abilities or health and be overly aggressive.

A grade III strain is a complete tear of a muscle or attachment site. The player would require surgery and very likely a season-ending designation. There isn’t much to deliberate here as a fantasy manager in re-draft league. Most likely, you are cutting this player. Protocols allow for 6-9 months as a recovery timetable.

Certain players have fallen victim to hamstring strains more than others. To name a few of the more notable players, Alex Bregman and Ketel Marte. Both of these moderately speedy middle infield eligible athletes have experienced recurring hamstring strains over the past few seasons. According to the previously mentioned article in the OJSM which analyzed players from 2011-2016, infielders and outfielders each account for about 37% of all hamstring injuries while pitchers account for about 20% of the injuries. Additionally, 57%, 63% and 73% of grade I, II and III strains respectively occurred on the base paths and 40% of all injuries occurred in April and May.

What we can take from all this data is that hamstrings are very difficult to manage, both as a physical therapist and as a fantasy manager. Infielders and outfielders each account for a similar rate of injury, and most occur while a player is running the bases. As you are building your team, there isn’t much you can do to prepare for these injuries. You could take into account players like Bregman or Marte who’ve had issues previously, and try to avoid drafting them to slightly improve your chances of avoiding the injury. You may also consider the fact that players who are more likely to attempt more steals have an increased risk since they will have more incidents of all-out sprinting around the base paths.

As we said previously, there is not always an exact science to knowing when your player will return to game-action. So there are a a few very important landmarks to look for. When you start hearing reports about a player running full speed, hitting live batting practice vs. pitchers and performing infield/outfield drills, this is when you can start counting down the days until you’ll be able to set them into your lineup. These activities all require quick movements, change of direction, or reactionary activity. These are the types of movements that will truly test the hamstring’s ability to stretch and contract without issue.

Taking all the data points and rehab considerations into account, there are definitely a few ways to help set your expectations when handling roster decisions. Good luck going into 2022, and hopefully, neither you nor your players have to deal with the dreaded hamstring strain.

Be sure to check out Corbin Young’s latest article on two 2022 breakout performances from Luis Garcia and Jose Urquidy!