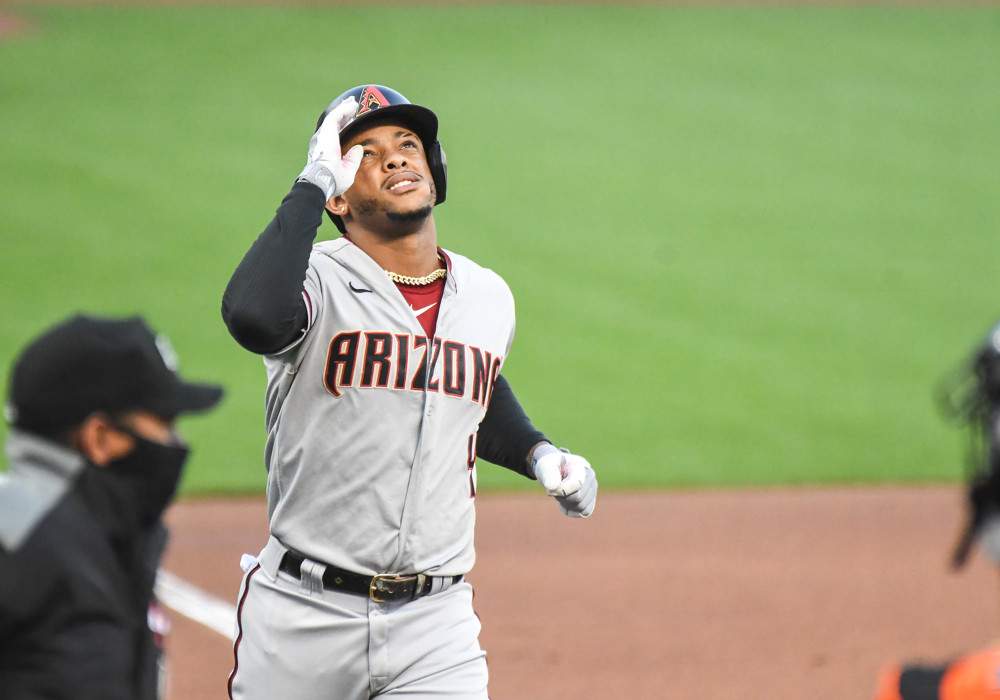 MLB Injury Report: Second Half Outlook – Injured Stars and What To Do With Them

As we pass the All-Star break and look for value in the second half of the fantasy season, injuries are bound to weigh heavy in our minds. Whether you’ve dealt with injuries on your squad, or are filling your IL slots at the moment, 2021 has been the year of the Injured List. Today, we look ahead players are badly needed by their teams- real life and in fantasy. One (or 3) player(s) from each division makes our list for intriguing injured players. Using the information below may help determine if you want to sell low, hold, or even try to buy into these players. Fantasy value can be different for every team and every position. Today’s list will take into account the players’ position, rest of season projections, and injury type.

The Arizona Diamondbacks need Ketel Marte, and so do you if he’s on your roster. Second base doesn’t have the best depth in the fantasy game, and Marte is most likely the number one option you have there. He has performed excellently when on the field this year, but has been hindered by multiple hamstring injuries. Marte began the year with an injury to the right hamstring and has more recently found himself on the IL due to a left hamstring injury. Hamstrings are one of the easiest soft tissue injuries to aggravate or re-injure.

It isn’t particularly uncommon for the injured athlete to overcompensate with one side to make up for the other. This is likely the case with Marte, who needs to find a way to come back to game action without any unilateral compensations. Currently, Marte is rehabbing and taking swings, but he is not running. His last IL stint had him out for about 6 weeks, and the Diamondbacks have even less reason to rush him back now that they’re well out of contention. The only reason they’d want him back hastily is if they wished to trade Marte before the deadline, but I don’t think this is a likely scenario for the versatile star with a team-friendly contract.

Conclusion: Watch for Marte to be taking infield and outfield drills and running bases. These are the true tests for the hamstring, and could tell you when he’s days away from a rehab assignment, and not weeks.

Jack Flaherty has ace potential. Most people know this, and many believed it so much, they spent an early draft pick or significant salary cap on him. The severity of his left oblique injury has landed him on the 60 day IL. This means he is out until at least early August. The 25-year-old had an 8-1 record with a 2.90 ERA and 1.03 WHIP with more than a strikeout per inning before injuring his oblique.

The oblique is a muscle on the lateral portion of the torso and is responsible for rotation, or the resistance to rotation in the upper body. This musculature is extremely important for a pitcher – not so much in relation to power, but in body mechanics and control. Due to the significance placed on the left oblique for a right-handed pitcher, there is no guarantee Flaherty will be pitching in August. It is a very difficult situation to manage.

Conclusion: Two options exist for his redraft managers; trade for cents on the dollar, or hold and hope he returns ASAP. Personally, I always like to wait for a pitcher to make a rehab start before trying to sell low, so that other managers start to become more optimistic and may offer more. One of the highest risks for re-injury are in the latter rehab games as they get closer to full workload, so waiting that long for recovery is certainly a risky proposition.

For dynasty managers, there is no decision to make. Hold on, and wait it out. The talent is too great unless someone is paying full value.

For a team that is desperate for starting pitching, he has been the most consistent and dependable. For fantasy managers, he was flirting with MVP status due to his low investment cost. In most cases, managers found him on their rosters after a clutch waiver wire pick up. At this point in the season. Huascar’s timetable is still up in the air, but he will begin throwing this week. Not only will team trainers and therapists be monitoring his hand/wrist, but also how the elbow and shoulder handle the ramp-up from not being able to throw for the past couple of months.

Conclusion: Because Ynoa is not a dependable commodity just yet, I’d be looking to see what I could get for him. He was certainly in a groove prior to his injury, but his rhythm may be off after a long rest period. Coming back from injury is difficult, especially when you’re young and inexperienced. Similar to the advice on Flaherty, let the team announce a return timetable and then start shopping him- maybe you can work a deal for someone like… idk, Anthony Rendon.

(Would be Mike Trout, but we want to talk about trade value here… and I would not advise anyone to trade the all-mighty Mike Trout at this time)

Anthony Rendon was pretty unanimously a top-5 3B prior to the MLB season; he’s also being paid like one. Unfortunately for Rendon and the Angels, he’s seen a variety of injuries, most recently a hamstring strain that ended up placing him on the IL. The most recent placement is retroactive to July 5th. Rendon is hitting .240 on the year, a far cry from his career average of .287. His 2021 OPS sits at .712, while the career mark is .854.

His counting stats have been vastly underwhelming, and managers hope to see a strong second half. The 2021 season has certainly got off on the wrong foot, but Rendon is the definition of a bounce-back candidate for whenever he remains healthy. He is in a fantastic spot in a potent lineup. Between Fletcher, Ohtani, Trout, and Walsh, that a lot of base runners to drive in!

Conclusion: If someone is willing to pay full price, go ahead and move Rendon due to his recent injury struggles, but if you’re looking for a second-half boost, just remember, he has MVP caliber potential for whenever he is healthy!

The Cleveland Indians have experienced a recent slide, but give Terry Francona credit. The team remains well within striking distance of the imposing Chicago White Sox. After having lost a trio of young starting pitchers, the Cleveland club has seen some young arms rise to the occasion. Phil Quantrill, Sam Hentges, JC Mejia, and Eli Morgan have stepped up and shown signs of another wave of Indians starting pitcher success. But what this team really needs is the stability of a 1-2-3 punch. It’s had that type of firepower from the top of its rotation since 2015, when Corey Kluber, Carlos Carrasco, and Danny Salazar toed the rubber.

Taking Civale, Bieber, and Plesac’s year-long stats gets you a remarkable 21-9 record, just under 250 IP with about as many Ks, and a 3.50 ERA. Not to mention the league (tied) leader in Wins and the league leader in K’s. The youngest team in the league could use that kind of stability, and hopefully, by early-mid August, they will have it back. Plesac has been the first to return, with Civale and Bieber with a more uncertain timetable.

Both young SP’s find themselves looking to August as an approximate return timetable.

Conclusion: Hold on to these dependable arms, who oftentimes are among the top of the league in IP. At one point this summer, Civale and Bieber had thrown the most pitches in the MLB since the start of 2020. That’s valuable in all formats where ratios are counted; their ERA’s and WHIP’s add more to your total than someone throwing 5 IP/start.

Severino came back from a 2020 Tommy John surgery earlier this summer looking sharp! Spin rates and velocities were on par with his 2018-2019 numbers, or better! Unfortunately, he has since suffered a groin strain that has placed him back on the shelf for about three weeks. He will likely resume throwing next week, and we can assume this will push his return back until August.

Athletes recovering from an injury that takes 12+ months to return to gameplay are often sidelined by injuries unrelated to the original issue. This is because they are unable to maintain the same level of activity throughout their rehab process. George Springer is a good example of someone healing from one injury (oblique) and then ramping up, only to injure something else (quad). This is the line the trainers and physical therapists must toe when ramping up a player back to game speed. Severino will no doubt come back as one of the Yankees’ most electric assets on the mound. The middling Yankees have all the potential in the world, and Sevy could be the spark that ignites the team into a second-half run.

Conclusion: Don’t move Sevy now, if you’ve held this long, wait it out because his value is lower than it was two weeks ago, and it’s lower than it will be when he returns to throwing. Only drop/trade if you have no other IL slots and need to drop someone

Good luck to everyone in the rest of your seasons! Check back in for more IL Report articles…if the second half is anything like the first, there will be many.

Check out the work from our own Eric Cross and Chris Clegg in their FYPD rankings! Excellent analysis as usual from these two experts…